Restored Ottoman-Era Mosque in Athens Opens to the Public 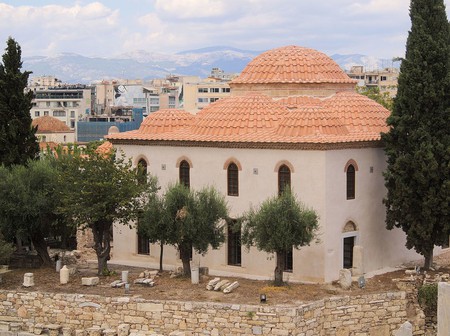 Fetiye mosque in Athens after its restoration | © C messier/WikiCommons

Located in the Roman Agora in central Athens, the Fethiye Mosque, dating from the Ottoman period, which has undergone renovation work, opens for the first time to the public. Housing a photography exhibition of the works executed by the Athens Ephorate of Antiquities, the mosque is opening its doors to visitors for the first time in years.

Built on the ruins of an ancient Byzantine basilica, near the Tower of the Winds in the Roman Agora, the building was repurposed as a mosque in 1456 after the Ottoman conquest of Athens to coincide with the venue of Sultan Mehmet the Conqueror. Thanks to excavations, it seems not much of the original mosque still exists, because the structure was rebuilt during the 17th century, circa 1668-1670, after suffering some destruction. 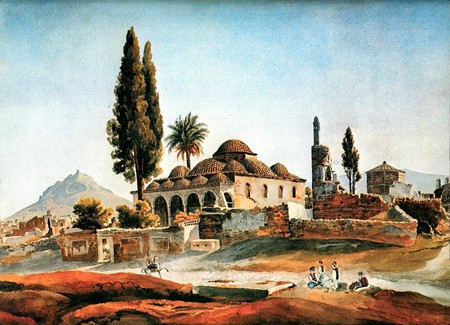 Featuring a central dome with a porch supported by five arches, each crowned with smaller domes, the mosque was known during Ottoman times as the ‘Wheat market Mosque’, due to its location near the grain cellars. Converted into a Catholic church by the Venetians during the short-termed occupation of Venetian forces from 1687-88, the mosque was later used as a school in 1824, at the end of the War of Independence, when the minaret was destroyed.

Then from 1834 until the 20th century, the mosque served as a barracks, a military prison and as a military bakery before being re-purposed as a storage place where findings from excavations in the Agora and the Acropolis were stored.

Since the structure had never been completely renovated, besides the removal of the most recent additions in the 20th, the Greek authorities ordered for its complete restoration in 2010. Now completed, the mosque is finally open to the public as a cultural venue.

Its premiere offering is a photography exhibition curated by the Athens Ephorate of Antiquities, depicting the several restoration and redevelopment works done to several Athenian monuments, including the Odeon of Herodes Atticus, the asklepieion in the southern side of the Acropolis Hill as well as several Byzantine churches. The next scheduled event will be an exhibition on Hadrian, the Roman emperor. 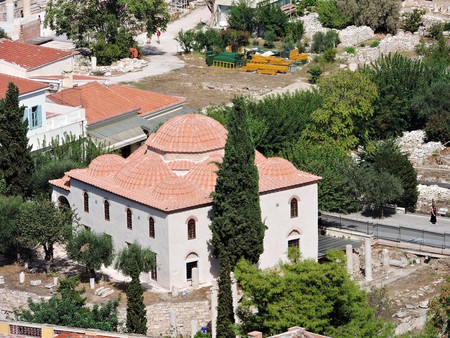