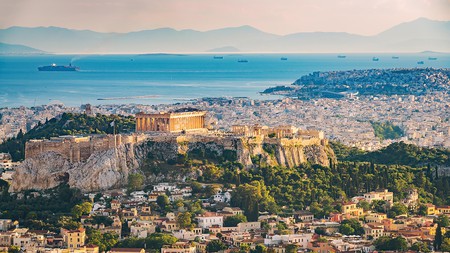 Greece has emerged as a somewhat unlikely success story in the fight against coronavirus. Culture Trip speaks to journalists and academics on the ground about what Greece did right, and what the country’s response says about Greek culture today and the future of travel to the country.

By most estimations, the Covid-19 outbreak in Greece should have been a disaster. With a healthcare system crippled by austerity measures and one of the oldest populations in the European Union (second only to Italy), the southeastern European country was not poised for an easy battle with coronavirus. “The financial crisis – which had only recently started to show signs of waning – left us with just 565 ICU beds to serve a population of 10 million,” says Konstantina Pyrnokoki, an Athens-based writer. “The truth is that Greece and Athens have handled the coronavirus pandemic remarkably, with just 125 deaths reported as of 23 April.” 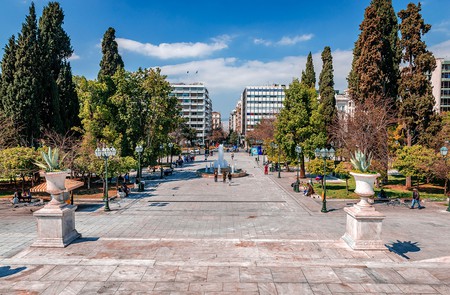 The usually packed Syntagma Square in Athens is quiet, due to the fear of coronavirus | © Apostolis Giontzis / Alamy Stock Photo

According to Pyrnokoki, along with many analysts, it was an acute awareness of the healthcare system’s fragility that led the Greek government to act quickly and impose strict measures to slow the spread of the virus. “In order to avert the most dystopian scenario, the government imposed strict measures within a few days of the first confirmed coronavirus case,” she says, referring to the closure of schools and universities across the country from 10 March (before most of Europe took this step), along with restaurants, bars, museums and most shops.

From 23 March, movement outside of the home has been permitted only for a prescribed set of reasons. “We can go out for essential reasons. The government has listed six instances in which you may leave the house, including visits to the supermarket, pharmacy, daily exercise or caring for a loved one,” says Dimitra Sotirchos, a copywriter and art student living in Athens. She adds that it’s obligatory to not only text a (free) governmental number stating the reason for going out but to carry ID and proof of address at all times.

“It’s true that people responded really quickly to the rules that the government announced,” says Alex Pantelakis, who lives in Greece’s northern capital, Thessaloniki, and reports for the Makedonia newspaper. Writer Aliki Seferou notes that this has also largely been the case in Athens. “People have been taking the rules about the quarantine seriously and have been avoiding gatherings, following the ‘stay home’ mantra that has been all over the news in the mainstream media and on social media since late March,” she says. 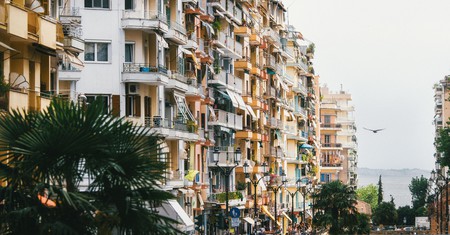 During the pandemic, people in Greece are leaving their homes only for essential reasons | © Andrei Bortnikau / Alamy Stock Photo

Easter provided a test of the population’s commitment to the rules. While the Greek Orthodox Church was initially reluctant to stop gatherings and the practice of communion – announcing on 9 March that coronavirus could not be transmitted by communion wine or wafer – Easter services saw Orthodox priests hold services in empty churches. “Typically, masses of people travel to their ancestral villages to celebrate Easter with the whole family, but this year, we just stayed home,” Pantelakis explains.

The relative quiet of Easter – a time that would usually see huge numbers of people moving across the country – was nothing if not an endorsement of effective messaging by the government. Christos A Frangonikolopoulos, professor of international relations at the School of Journalism and Mass Communications at the Aristotle University of Thessaloniki, lauds the Greek government’s information campaign as “extensive” and “creative”, noting the use of “television spots, electronic media, print media and radio” and “police patrol cars broadcasting warnings in 10 languages and the country’s SMS messaging alert system texting in both Greek and English”.

However, Frangonikolopoulos believes that the daily 6pm press conference by Sotiris Tsiodras, who coordinates the state’s management of the crisis and serves as the spokesperson for the Health Ministry, has been the most important thing. “The daily press conference […] has become Greece’s reference point of the entire pandemic crisis. His expertise makes his programme a daily must-watch for quarantined Greeks,” he says. 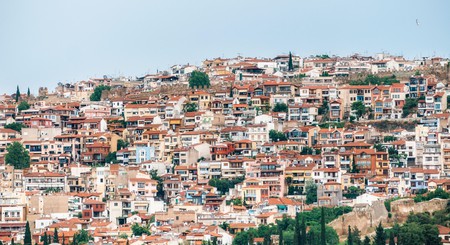 Video journalist Phoebe Fronista agrees. “The government’s choice of chief scientific adviser and spokesman, Sotiris Tsiodras, was inspired; he is loved and listened to devoutly by those of every political stripe. He’s softly spoken, matter-of-fact, polite, and when he got emotional at one of his daily briefings, it made it into headlines everywhere,” she says.

In addition to efficient official communication by the government, Frangonikolopoulos believes that “the Greek media responded swiftly to the increase in demand for news coverage about the pandemic […] with the right balance of images from neighbouring Italy and Spain (to make Greek citizens realise the danger) and information from the scientific community.”

With the Greek media ordinarily highly politicised, the crisis has brought a change of tone. “As far as I can remember, it was the first time in modern Greek media history that journalists pushed politicians aside and let the scientists and experts inform and direct their audiences,” says Frangonikolopoulos. The Thessaloniki-based professor also cites a recent survey by the Peace Journalism Laboratory of the Aristotle University, which found that 77 percent of respondents stressed that they are using scientific sources to inform themselves about coronavirus and that respondents’ trust in the media had increased from 41 percent to 55 percent, so far, throughout the crisis. 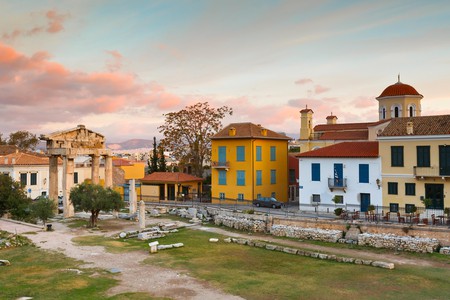 While effective information sharing has undoubtedly been crucial, Frangonikolopoulos also points to more deep-seated traits of Greek culture as potential reasons for the country’s ability to cope. “The Greeks value health, and the word health is deeply ingrained in our subconsciousness and language,” he explains. Indeed, when you tell someone hello or goodbye in Greek with the phrase “Γεια σου” (Yia sou), you wish them good health (Υγεία, iyia).

Fronista suggests that social distancing measures were helped by the “very close family ties” characteristic of Greek society. “The classic stereotype is of a young Greek man, living alone and with a good job but always taking his laundry to his mom’s and going home with Pyrex bowls full of food,” she says, laughing. Jokes aside, she believes that these strong family ties saw people taking “social distancing very seriously to protect their parents and grandparents”.

According to Sotirchos, the country’s recent history has also shaped and strengthened the Greek mentality. “I think having had their lifestyle altered dramatically through the economic crisis, and historically through many events such as the civil war, strengthens the stoic outlook against adversity,” she explains.

Such strength and solidarity in the face of adversity are nowhere more evident than in the grassroots initiatives that have cropped up throughout Greece. Seferou notes, for example, the appearance of boxes filled with fruit, vegetables, other food products and even clothing, labelled with signs inviting customers to “take or leave something”, at laikes (local markets).

As well as Facebook groups set up to coordinate support for those in need within the local area, Frangonikolopoulos highlights attempts to raise morale and create a sense of community. “DJs have taken their laptops and sound systems on to their balconies. Under the slogans ‘Stay Home’ and ‘We Party’, the DJs synchronise their music and invite all the residents to come out on to their balconies and join the party.” 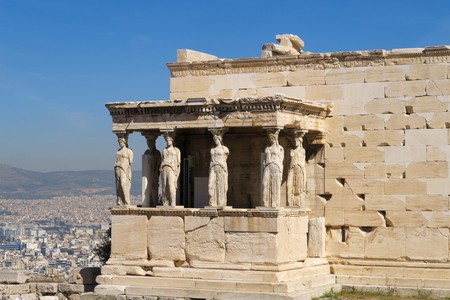 Greek landmarks are eerily quiet, as people stay home to keep themselves and those around them healthy | | © Sergio Azenha / Alamy Stock Photo

What does all of this mean for travel to Greece? According to local press reports, a gradual easing of restrictions will likely begin from 4 May, starting with the opening of small shops and beauty salons, followed by restaurants and coffee shops towards the end of the month. Hotels are expected to open in the middle of June. Minister of tourism Haris Theocharis told the BBC that Greece would be able to welcome tourists from selected countries from July. During an interview with local TV station SKAI on 21 April, he also highlighted that 2020 will likely be a three-month tourist season (July, August and September) but may be extended into October and November if demand remains high.

Until then, explore Greece from home; even though travel is restricted, your curiosity need not be curtailed. As Frangonikolopoulos highlights, the Greece from Home platform, launched at the start of April with the support of Google, helps “people around the world stay in touch with Greek culture and be inspired by the country’s attractions”. Here, you can start planning your next trip with inspiration from the Discover Greece interactive map, do a virtual wine tasting of assyrtiko wine from Santorini and even sing with the Greek National Opera.