Why Are Buildings in the Cyclades Painted Blue and White? 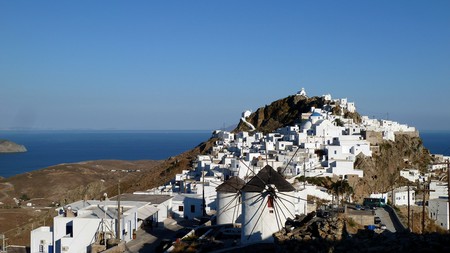 A walk in any village in the Cyclades will make you fall in love with the scenery, and for good reason. Quite apart from the stunning landscape, the stark white houses with blue doors and windows decorated with bright red or fuchsia geraniums, complete with a couple of yiayias (grandmothers) chatting about the latest piece of gossip on their doorsteps, are iconic. But there is more to this white-and-blue colour scheme than first meets the eye.

Although many people consider the blue-and-white buildings to be emblematic of Greek architecture, this trend is much more prevalent in the Cycladic islands than anywhere else. Each island has retained some specific traditions and cultural trademarks. For instance, Tinos has a prevalence of marble in its architecture, while Milos abounds in houses with a typical first-floor garage to store the boats come wintertime. However, they have some uniting features: white walls with blue doors and windows. While some believe it has to do with the superstition that blue wards off evil, just like the blue on the evil eye symbols, it seems there are several reasons behind this eye-catching colour palette. 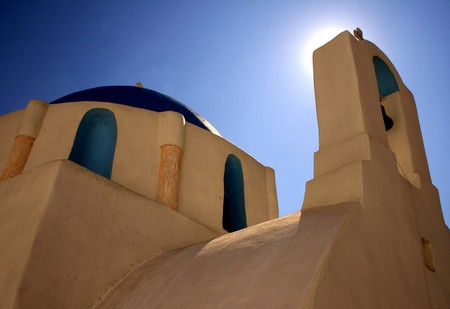 A quick look at the natural features of these islands shows that they tend to be dry, with few green spaces. As such, given the lack of wood, locals used stone, mud and even sometimes a kind of volcanic cement to build houses. You can imagine that the resulting façades weren’t necessarily the prettiest. As a result, it was custom to paint the houses with natural dyes to embellish them.

However, there is another possible reason behind the striking colour scheme; some believe it came through the orders of Ioannis Metaxas, former military general and dictator. In the 1930s, he imposed the use of lime, a local product with anti-bacterial properties, to whitewash the buildings in an attempt to fight the epidemics that were ravaging the islands. The use of lime had the double advantage of not only preventing infections but also offering insulation from the sun, preventing houses from getting too warm, especially in the hot summers. 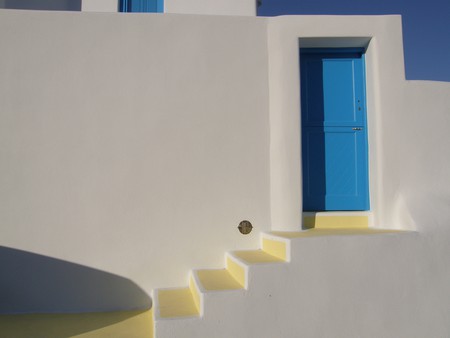 A house in Akrotiri of Santorini | © Klearchos Kapoutsis / Flickr

This practice, however, slowly died out after his passing, and locals returned to the old habits of painting their homes the colours they saw fit. It was only during the military dictatorship of 1967 that the whitewashing of the houses and buildings was re-imposed, as a sign of patriotism, in accordance with the colours of the Greek flag. The trend continued even after the coup of 1973, although to a lesser degree. This explains why some villages, such as those in Santorini, for example, still feature houses with different colours.

Today, the reason why the white colour still endures is a mystery that historians are still trying to solve. But whatever the reason, there is no doubt that the white of the houses, combined with the blue of the Aegean Sea, form an idyllic sight that we will never get tired of. 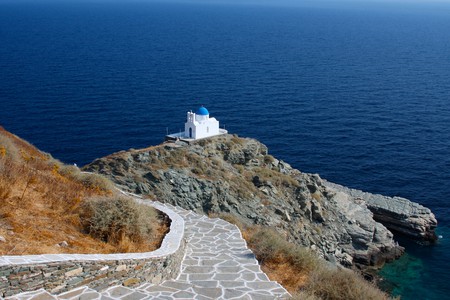 Church of Seven Martyrs, Sifnos | © Nikita / Flickr
Give us feedback