The Top 10 Things To Do and See on Cephalonia

Taking a vacation among the islands of Greece sparks the adventurer’s imagination. With a multi-layered history that reaches back millenia, Cephalonia is an island offering a variety of activities – from scenic views to beautiful beaches to exciting caves. Let’s see some of it’s must-see treasures… 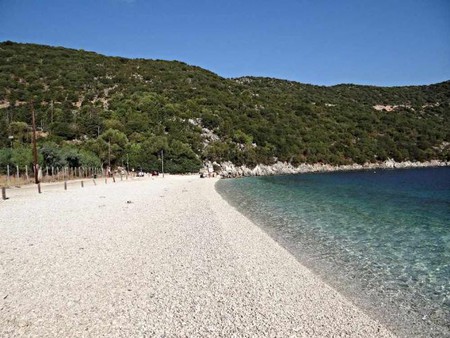 Green hills and lush vegetation surround the turquoise waters of this white-sand beach. Come down to relax in the sun or under the colorful umbrellas after swimming in the warmth of the Mediterranean. Antisamos Beach is close to the small village of Sami, so there are also plenty of places to eat and find refreshment after a day by the shore.

On a fair day, when the water is clear and blue and the weather is nice (pretty much everyday here!), taking a spin around the island on a boat is unbeatable. Cephalonia has various coves, inlets, and secluded beaches just waiting to be explored. Either by sailing or motor boat, travel somewhere out of the way for some swimming and a barbecue away from the crowds. There are various tours to choose from, including glass-bottomed boat tours, or village stop tours. 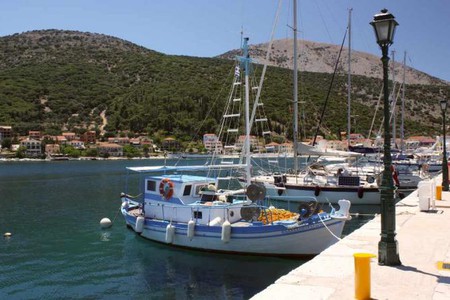 Not far from Argostoli, Assos is a quaint and small village situated on a peninsula overlooked by the ruins of a Venetian Castle from the 16th century. Since the town is right on the coast, visitors can experience the warm and seafaring atmosphere typical of the Ionian isles. Check out the narrow alleys and colorful traditional architecture of the houses, or head down to one of the many pebbly beaches and enjoy the utter seclusion. Visitors will discover many white and pink flowers, beautiful churches, and a path through the forest that leads up to the castle. 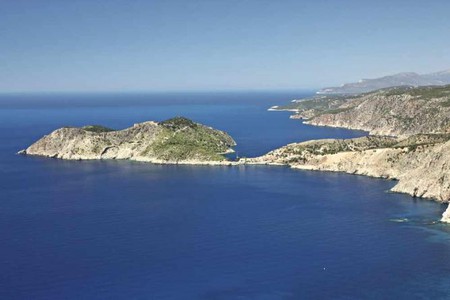 Named after Cephalonia’s very own patron saint, Saint Gerasimos, this monastery is reconstructed from the original, built in 1560. The monastery is expansive and very impressive and sits beneath Mount Ainos, near the villages of Falgrata and Valsamata. Because of the saint’s legendary history of curing many people with mental illnesses, this is now a place where thousands of people come on pilgrimage. Here, visitors can view the tomb of Saint Gerasimos as well as his two cave-like quarters located beneath the monastery. 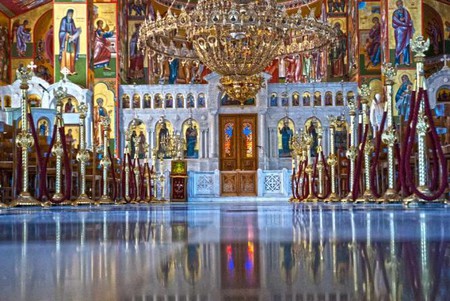 Church interior at the Monastery of Agios Gerasimos | © Berit Watkin/Flickr

It would not be a true visit to Greece without a trip to some archaeological sites on the island. One of Cephalonia’s most impressive is the ancient acropolis archaeological site located in Sami, a town which used to be heavily fortified. Originally a city-state featuring its own coinage and making appearances in the pillars of Greek literature, such as Homer’s Iliad, the site finally fell under Roman siege. Under its new masters, the town flourished as a port, and archaeologists have found numerous luxurious houses and public buildings from this time period. 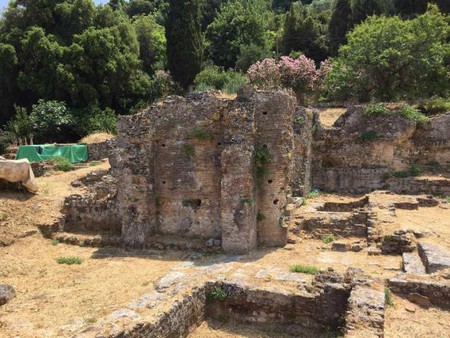 Ruin of a Roman bath | © olympusjohn/Flickr

There are quite a few worthwhile and intriguing caves to explore on the island of Cephalonia, including Melissani Cave and Drogarati Cave. Located close to Sami, it is not surprising that Melissani Cave has a history tied to the ancient acropolis. Around the blue lake found within the cave, which illuminates dazzlingly each day at a specific times, archaeologists have discovered pots and boat fragments that link into a myth concerning the nymph, Melissanthi. On the other hand, Drogarati Cave is a work of natural wonder, offering astounding views of rock formations in a constantly changing environment. 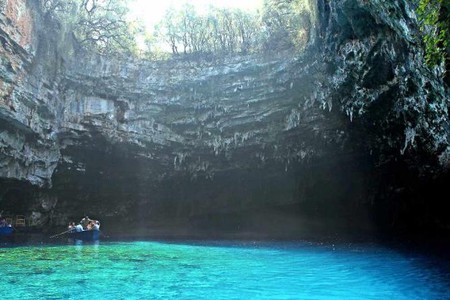 Famed worldwide as one of the best beaches in Greece and on the planet as a whole, Myrtos offers both the blue seas of the Mediterranean and the verdant hills of Cephalonia in one. The crescent-shaped beach is incredibly clean and framed by white cliffs that are topped with dense forest vegetation and scrub. The awe-inspiring and breathtaking views draw many people to take a trip to this fantastic beach and stay until the vibrant sunsets that augment the amazing views here. 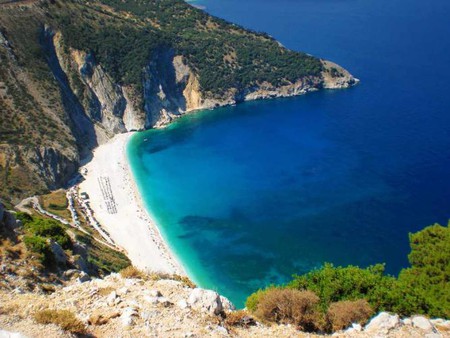 For a look into the island’s past, stop by the Argostoli Archaeology Museum. The exhibition houses local artefacts that archaeologists have unearthed all around the island. Since Cephalonia has such a rich history, visitors will be able to see everything from relics pertaining to Sami’s time as a city-state in ancient Greece to the years of Roman occupation. Visiting the museum is a nice way to supplement a tour of Melissani Cave or a visit to the ancient acropolis of Sami. 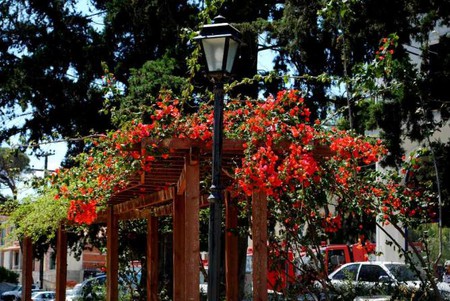 A rocky coastline and relatively safe waters makes Cephalonia one of the best islands in Greece for scuba diving. Many diving centers are located around the island such as Aquatic World and Fiskardo Divers, where travelers can get trained and suited up for an exploration of the Ionian Sea. Popular dives include the Temple Cave in Fiscardo, the Blue Canyon in Lassi, the Catacombs and the shipwreck of the World War II Italian Ardena. 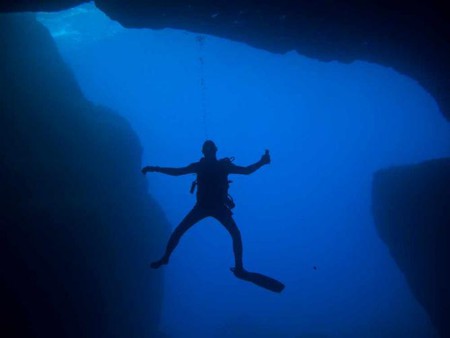 Diving in a cave | ©prilfish/Flickr

Although there are a number of fantastic villages all around Cephalonia just waiting to be discovered, Fiscardo is truly top-notch. One of the few villages left untouched by earthquakes, this fishing town has many walks right on the water that grant visitors a spectacular view of the neighboring island of Ithaca. In addition, the pathways of Fiscardo are populated with a diverse collection of shops, taverns and beautiful Byzantine churches to boot. 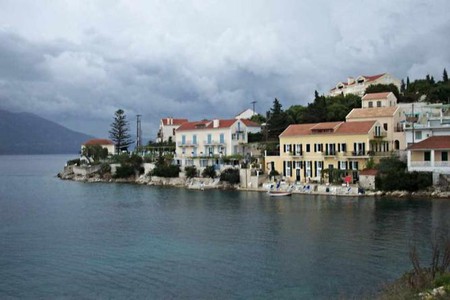 Fiscardo | ©Dan Taylor/Flickr
Give us feedback