The Top 10 Things To Do and See in Rhodes

Rhodes is the largest island of the Dodecanese and the fourth largest Greek island. It is a highly preferred summer destination, as it combines a rich history, an interesting culture and a dynamic nightlife that will satisfy even the most demanding visitors. The picturesque villages, the well maintained monuments and the archaeological sites, the medieval castles and the wonderful beaches are just some of the reasons to visit it, again and again! 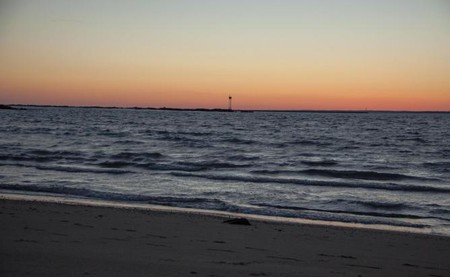 The old city of Rhodes is the largest medieval city in the whole European continent. It is considered as one of the most important monuments of cultural heritage on an international level and therefore was declared a World Heritage City by UNESCO in 1988. The narrow streets, the classical architecture, the medieval churches and the bridges shape the unique atmosphere of the old city that is reminiscent of a different era that you’ll love at first sight. 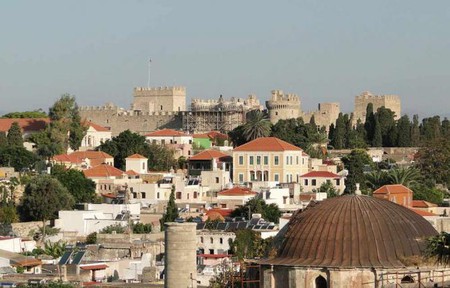 View of the medieval city and the castle | © Bernard Gagnon 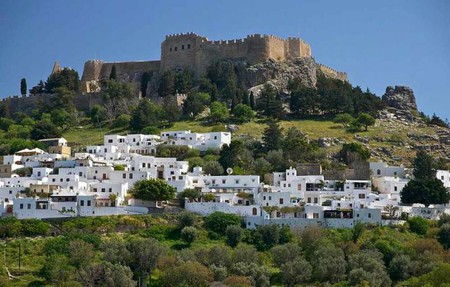 View of Lindos and the Acropolis | © Jebulon/WikiCommons

Just 15 kilometers southwest of the city of Rhodes you will find a place of incomparable natural beauty, surrounded by hills, with countless trees and streamlets. From June until September, the Butterfly Valley is full of colorful butterflies that select this location to leave their eggs and reproduce. It is an ideal location to find peace and relaxation during the hot summer days, with a restaurant and a gift shop. Just try to be quiet, in order not to disturb the butterflies during their special days. 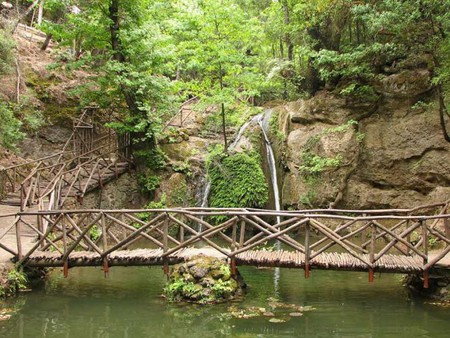 Seven Springs is located 30 kilometers southeast of the island’s capital, in a wonderful location with many pine and palm trees. The natural shade offered by those trees create a cool atmosphere, which is priceless during the summer heat. The lake is composed of seven springs, where you will see geese, ducks and peacocks. If you come by, you should enjoy a meal in the nearby restaurant, which – except for excellent tastes – also provides of a panoramic view of the mountains. 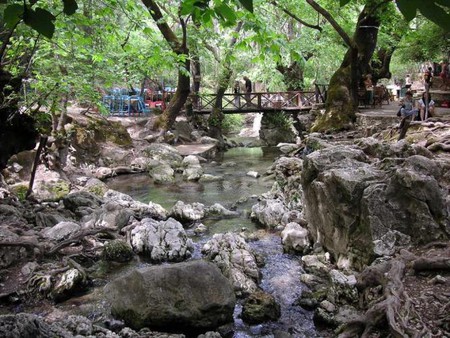 Located in the city of Rhodes, the Archaeological Museum of the island hosts objects dated back to the Archaic, the Roman, the Mycenaean and the Hellenistic period, which include vases, sculptures, statues, ceramics and more. The archaeological findings of the museum come from the island of Rhodes and other islands of the Dodecanese, giving the visitor the opportunity to get familiarized with the local cultural production through the ages, under the influence of other populations and civilizations. 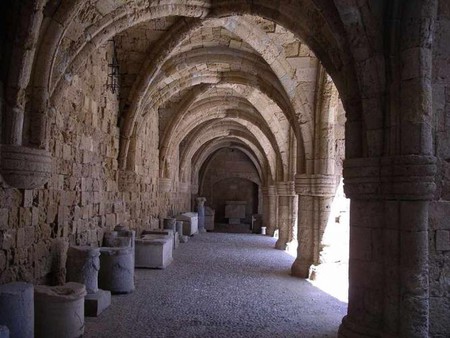 The Museum of Modern Greek Art is located in the entrance of the medieval city of Rhodes, on Symi square. The philosophy of the museum is based on the promotion of the unique cultural identity of Greece, not in a nationalistic way, but through a universal aspect that approaches each culture and country as a part of the whole. The museum hosts rich collections of paintings, sculptures, drawings and documents from the 20th century and attempts to present a narration of the contemporary Greece through the works of contemporary Greek artists.

Rodini Park is a true heaven on earth, just three kilometers away from the city of Rhodes, along the Rhodes-Lindos highway. It is the most ancient park of the world and is famous for its dense vegetation. The idyllic landscape created by the small bridges, the water lilies spread across the lake’s surface and the traditional narrow paths is definitely worth a visit. 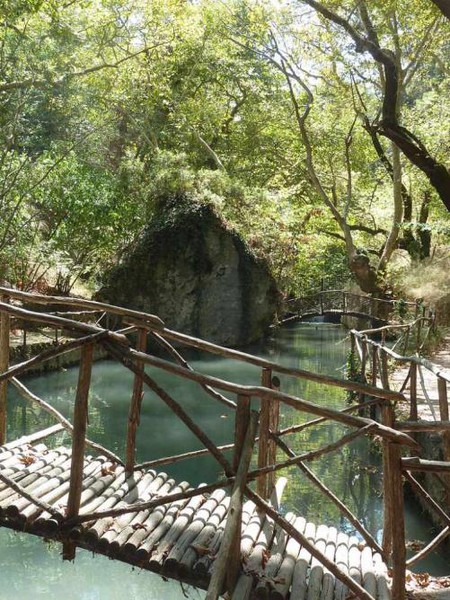 Ladiko is a small bay close to Faliraki with amazing sand, small rocks and turquoise waters. After enjoying your swim, you can try a local meal in the nearby small tavern. Note that it does become crowded, especially in August, due to its unique landscape and the great waters.

One of the most beautiful beaches of Rhodes, located on the east shore of the island. Agathi is a wonderfully preserved virgin beach, without large crowds and noisy beach bars. The only signs of the ‘touristy civilization’ you will find here are some ‘canteens’ providing some necessities like sun beds and umbrellas. The beach is recommended for free camping and is a great place to spend a night or two with good friends.

Prasonisi (Greek for ‘green island’) is located on the southernmost point of the island, 92 kilometers away from the city of Rhodes. It’s the ultimate destination for the lovers of water sports, especially kite surfing and windsurfing, as well as for the bathers who want to enjoy moments of relaxation, away from the crowded touristy beaches. 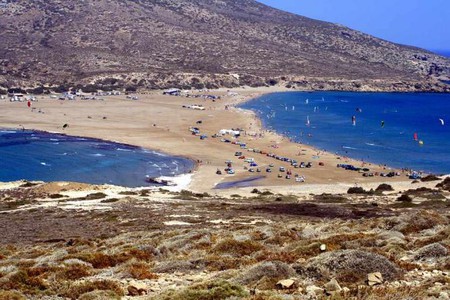 Prasonisi | © Karelj/WikiCommons
Give us feedback