The Story Behind the Greek Flag 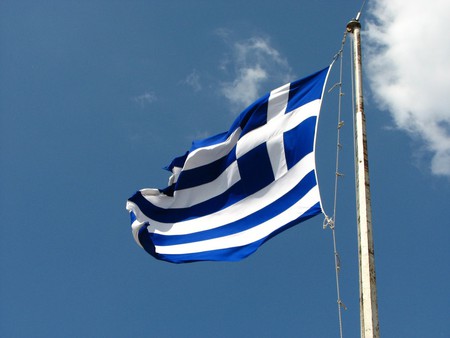 Many flags are recognisable around the world at first sight. Whether it is the American Star-Spangled Banner, the British Union Jack, the Canadian red Maple Leaf or the Land of the Rising Sun’s simple red circle on a white background, there is no doubt that flags are the identity of a country. For Greece, its iconic flag of white and blue probably reminds you of sunny vacations, beaches and maybe the white and blue of Cycladic villages, but do you know the story behind it?

Referred to as the Γαλανόλευκη (galanolefki) or Κυανόλευκη (kyanolefki), the national flag of Greece consists of a white cross on a blue background in the upper left corner of the banner, with nine equal horizontal stripes of blue alternating with white. The cross represents Eastern Orthodox Christianity, the official religion of the Greek nation and Cyprus. The flag always follows a proportion of 2:3. Officially, there is no appointed shade of blue, though many flags tend to feature dark or royal blue.

Traditionally, the belief is that the nine stripes represent the nine syllables of the phrase ‘Ελευθερία ή Θάνατος’ (‘Eleftheria I Thanatos’, which means Freedom or Death), though some say they are meant to symbolise the nine letters of the Greek word ‘freedom’ (ελευθερία or eleftheria). Another theory states that the nine stripes represent the nine Muses of Greek mythology, but this hasn’t been verified. However, there seems to be a consensus on the chosen colours, which are supposed to symbolise the colours of the sky and the sea – two things important to the Greek economy and culture. 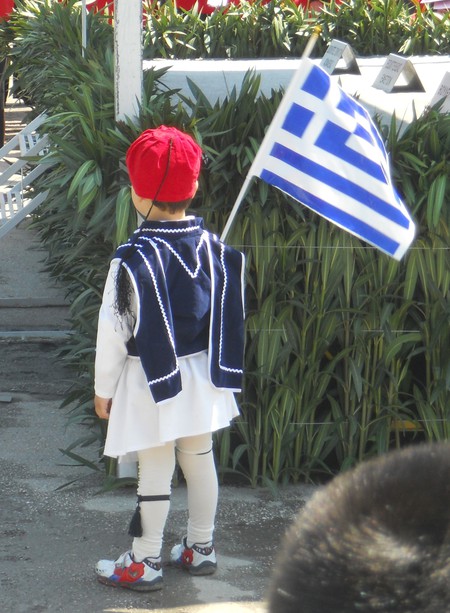 A boy with the Greek flag | © Erik Drost / Flickr

History of the Greek Flag

Although the origin of the Greek flag is still a matter of debate, the important fact to remember is that it was officially adopted by Greece on December 22, 1978. In fact, during the Ottoman occupation and the first few years of the Greek War of Independence (1821–1829), many flags were used by different people, with several featuring mottoes, emblems and even saints.

But in an effort to rally the nation under one central administration, the Greeks chose the version of the flag that we know today, which dates back to 1822, a year after the new state declared its independence from the Ottoman Empire in 1821. 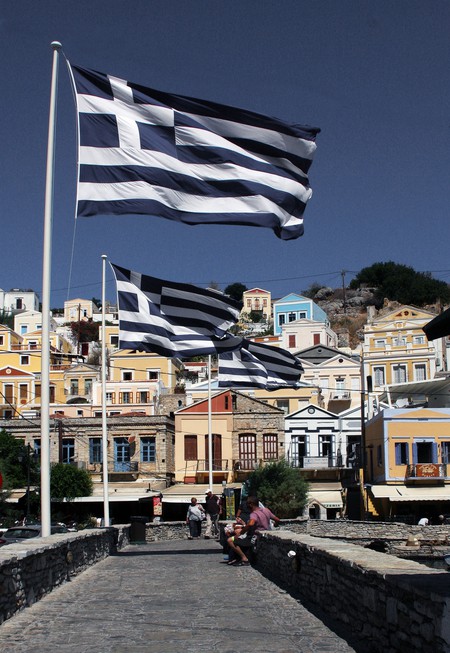 Facts about the Greek Flag

You can still sometimes see the old land flag (a central white cross on a blue field) at the Old Parliament building in Athens, which now houses the National Historical Museum.

Around 1900, Iceland was forced to change its non-official flag, which was widely used by Icelandic republicans, because it was thought to be too similar to the former Greek one. 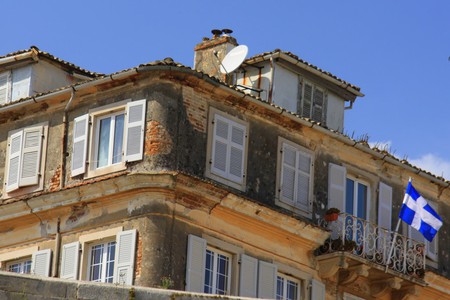 Example of the old Greek flag, Corfu | © muffinn / Flickr
Give us feedback