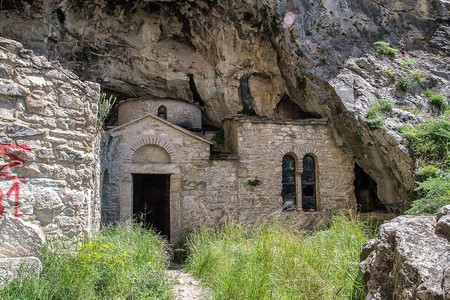 The mysteries of Greece’s Davelis Cave have been perplexing locals for years. Culture Trip explores the history of this infamous spot north of Athens.

Located on Mount Penteli, the cave has been enjoying a notorious reputation since the 1800s when reports of paranormal activity first began. Journey a few hours north of central Athens, and you might see why.

The cave marks the opening to a series of tunnels that run through the mountain and lead to a pool of water in the centre. These natural formations are also linked to the mischievous god Pan. Archaeologists excavated various ceramics from the mountain which depict Pan and his nymphs, suggesting a long-standing connection between the site and the god. Visitors to Athens can now find these ancient treasures at the Archaeological Museum. There is also a double Byzantine church built directly into the rock.

The cave became the subject of increasing discussion after a bandit reportedly hid in the tunnels with his men back in the 1800s. The lead bandit was called Davelis, hence the name of the cave today.

So, what mires Davelis Cave in so much mystery some three centuries later? 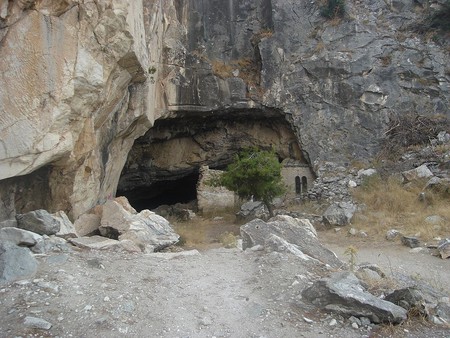 There are numerous tales of strange or abnormal activity that has taken place in and around the cave. Stories tell of electronics that stop working, of water which flows the wrong way and even mysterious disappearances of explorers who enter the cave never to emerge again. Details such as a small handprint near the entrance further shroud the location in mystery.

Some website reports go even further. In the 1980s, the cave was sealed off from the public by the Greek government. The explanation given for the activity was that there was a need to create new tunnels. However, the digging stopped without warning, and when the site was abandoned, anti-cancer drugs were found in the cave. This was seen as highly suspicious by various observers, who posit that there must have been some kind of paranormal activity or investigation at play.

Nobody really knows the truth about what happens in Davelis Cave. Its mysterious history has seen the location develop a cult following (sometimes literally, with Satanic cults reported to have worshipped at the site for a time). Whether or not any of the sightings or happenings are true seems unlikely, but you never know. The only way to find out is to make the hike to the cave and explore it yourself.