The Oldest Countries and Nations in the World 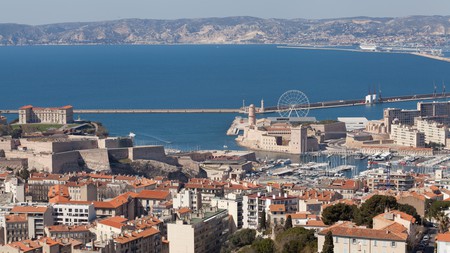 Over the millennia, countless nations and countries have arisen and disappeared into the annals of history, but some have stuck around. It’s impossible to say which have been around longest with complete certainty, but here are ten known to be some of the oldest.

Greece as we know it hasn’t been around for that long in the grand scheme of things, but Greek civilization basically taught the world the meaning of the word ‘ancient’. Europe’s first advanced civilizations sprouted up in Greece around 3200 BCE, and Athens would see the world’s first democratic system in 508 BCE. Ancient Greek still remains more comprehensible to Modern Greek speakers than Old English does to English speakers, and numerous moments in Greek history have made their way into general Western knowledge and life—take the ancient Olympics, for example, or the Battle at Marathon, which inspired the mileage of the modern-day long distance race. 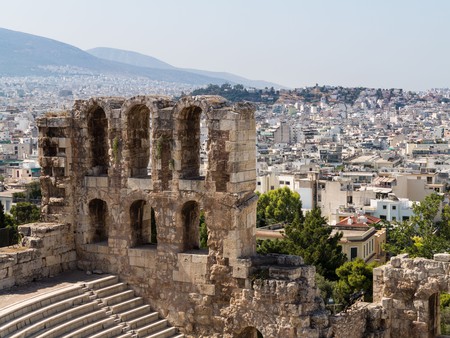 China, one of the great cradles of civilization, has always been united. The first dynasty—once thought to be completely mythical—was more recently bolstered by excavations that found the remains of Bronze Age settlements. The first dynasty that boasted a writing system, which is a direct ancestor of modern Chinese writing, the Shang dynasty ruled from the 17th to the 11th century BCE. The Han Dynasty, which lasted from 206 BCE to 220 CE, strengthened China’s union and laid the foundation for cultural elements, such as Confucianism, which are still important in China today. 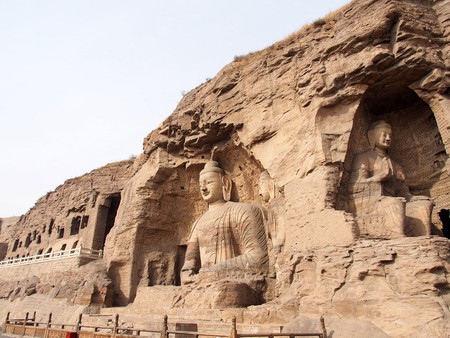 While the founding date of 1139 doesn’t exactly place Portugal among the ranks of ancient civilizations, it deserves a place on this list because of the stability of its borders. As the rest of Europe has shuffled through ever-changing borders with various monarchs, empires, republics, and people’s democracies, this hasn’t been the case with Portugal. In case you need more convincing, the country was also at the forefront of the Age of Discovery. Though that time was imperialist and detrimental to aboriginal societies, it contributed substantially to creating the world we know today. 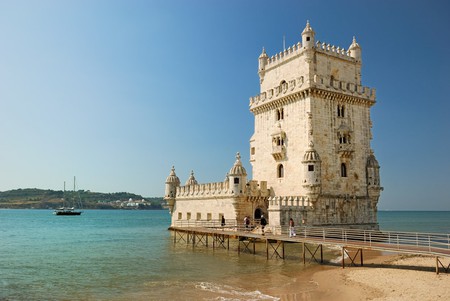 Whether you trace France’s founding back to the division of Charlemagne’s Holy Roman Empire (‘Francia’) into three parts in 843 CE, or King Clovis’s accession to the throne in 481 CE, it is undeniable that the country has existed for a long time. And while for centuries, the feudal system granted greater power to vassals than to the actual king (the Duke of Normandy’s conquest of England in 1066 is the perfect example), the nobles were still (nominally at least), subjects of the French monarchy, laying the foundations for a state that has survived until now. 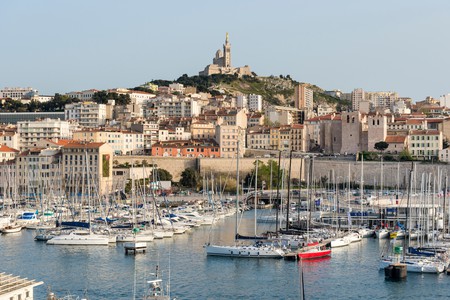 Much like the Jewish people, Armenia is a nation known fo its great diaspora. Nonetheless, the Armenians have possessed a country for most of the last 2,600 years, with the first mentions of Armenia occurring in the 6th century BCE. Yerevan, now the capital of Armenia, was founded as far back as 782 BCE. The Armenians were also the first state to officially accept Christianity as a state religion in 301 CE, and the country still adheres very strongly to their own Armenian Apostolic Church. Besides the diaspora, another unfortunate similarity that the Armenians share with the Jews was a genocide perpetrated against them at the hands of the Ottoman Empire in 1915—17. 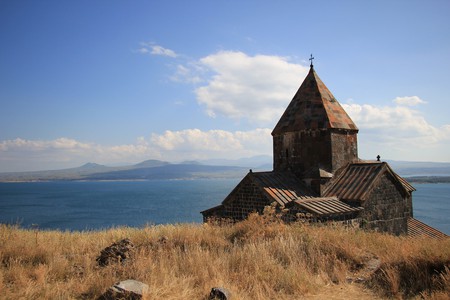 A church in Armenia | © pxhere

Japan claims it was founded in 660 BCE by the Emperor Jimmu, according to mythology. A Chinese chronicle attests to Japan’s existence in the 3rd century CE, which still gives the country some serious staying power. Buddhism spread to Japan soon after that, and the nation was already developing a literary tradition in the 8th century, which culminated with the writing of The Tale of Genji in the early 11th century CE. The period that saw this development, the Heian period (794–1185 CE), also saw numerous other cultural traits appear that still define Japan today. 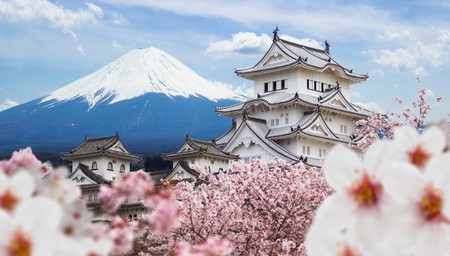 While Iran has only existed in a recognizable form since the beginning of the 16th century, the area has a longer history of civilization than almost anywhere in the world. The Bronze Age Elamite civilization was one of the first to develop cuneiform writing in the 3rd millennium BCE, and Proto-Iranian groups were already arriving in the area in the 2nd millennium BCE. The Achaemenid Empire, which existed from 550—330 BCE, was the biggest empire in ancient history. 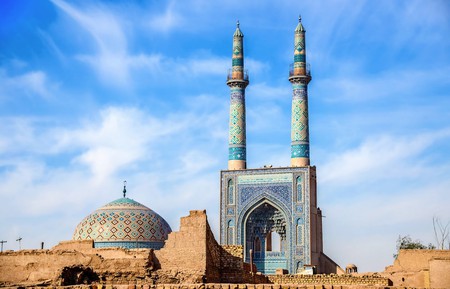 San Marino, the third smallest country in Europe, is certainly an outlier on this list for various reasons. It is, however, undeniably one of the oldest countries in the world, as it was founded in 301 CE. A stonemason, Marinus, who would eventually become a saint, came from his home in what is now Croatia to escape persecution for his Christian beliefs and founded the country as a republic. Its Statute of 1600, which functions as a de facto constitution in a country that doesn’t officially have one, was the first such document in the world. While San Marino is fairly unique now as a microstate, it reflects a long tradition of small city-states in Europe. 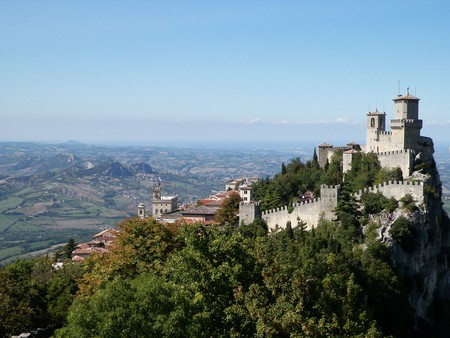 Going further back than nations and countries, some of the oldest hominid fossils have been found in Ethiopia. The country has had various monarchies since the 2nd millennium BCE. Importantly, Ethiopia was the only African country that was never colonized by a European country, as they were able to defeat all invading forces. When the League of Nations, the interwar predecessor to the United Nations, was formed after World War I, Ethiopia was the only independent African member. Ethiopia has always been a highly diverse, multi-ethnic state, and this also extends to its religion. The Kingdom of Aksum was one of the first countries after Armenia to accept Christianity, but Islam and Judaism have also had ties there for many centuries. 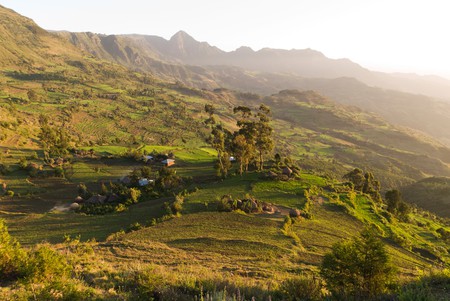 Although ancient Egypt as a culture has very few similarities with the Egypt of today, the first cultures that resembled the early Egyptian dynasties began to form as far back as the 6th millennium BCE. Egyptian hieroglyphs, the world’s second oldest writing system after cuneiform, appeared around 3200 BCE, and King Menes formed the first unified kingdom around 3150 BCE. Thirty dynasties later, Egypt came under first Persian and then Greek rule. It came under the rule of the Islamic Caliphate soon after, and it has remained a majority Muslim nation ever since. The modern state of Egypt did not appear until the 20th century, when the Egyptians finally threw off British rule in 1952. 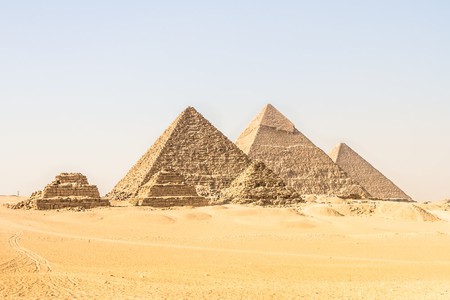