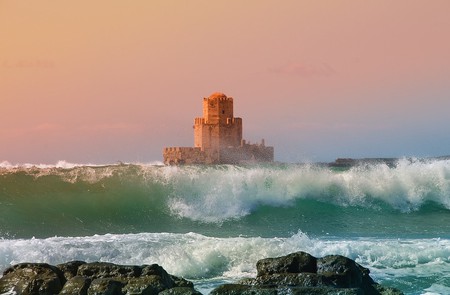 From the dark and absurd to the exuberant and celebratory, Culture Trip brings you the coolest and most enjoyable Greek films by Greek directors.

Suntan takes the idyll of Greek islands in summer and offers a darker twist. Directed by Argyris Papadimitropoulos, the story centres around a Greek doctor who becomes enthralled by a young tourist. Hedonism and scorching sun mix to offer an intense, thrilling film that wonderfully juxtaposes the freedom of island life with the entrapments of desire and obligation.

The Greek Oscar contender in 2017, Amerika Square by Yannis Sakaridis addresses the European refugee crisis through the micro-universe of Amerika Square in Patision, Athens. The cast of characters ranges from long-time Athenians to newer arrivals where tensions run high and build to a dramatic climax.

Costas Ferris’ 1983 film Rembetiko is a triumphant love letter to the classical Greek music genre. Through the protagonist, singer Marika (played by Sotiria Leonardou), the audience is immersed not only in the Rembetiko world but also in the narrative of recent Greek history. Dramatic, atmospheric and immersive, it is a must-watch for anybody who wants to better understand the passion and theatre at the heart of Rembetiko and the performers within that world. It is widely considered to be a classic and was nominated for a Golden Bear during the 34th Berlin International Film Festival after it debuted, in 1984.

The third feature film by Greek director Yorgos Lanthimos, Dogtooth is a gritty, darkly comic and violent film that paved the way for the new wave of weird Greek cinema when it was released in 2009. The story centres around a controlling father who keeps his children prisoner in the family compound. One intrusion into the controlled world has dramatic and horrific consequences; it’s a film that will replay again and again in your mind long after you have finished watching it.

Elina Psykou’s second film tells the story of a young Russian boy who moves to Greece to be with his mother, who is living (as Misha, the young boy later discovers) with her Greek husband, Nikos. Set against the 2004 Olympic Games, Son of Sofia explores themes of identity and family through a surreal and artful lens.

Directed by Athina Rachel Tsangari and released in 2011, Attenberg centres around the story of a dying father and his 23-year-old daughter Maria, played by Ariane Labed. In a similar way to Dogtooth, the film is preoccupied with isolation and strangeness while exploring a familial relationship. It holds a surreal and off-kilter mirror up to reality – even the name of the movie is a mispronunciation of the documentary maker David Attenborough, who the main character is obsessed with.

Coming in at almost four hours in length, The Travelling Players is a film that asks of a certain commitment from its audience, but if you designate the due attention, you’ll be fully rewarded. The story centres around a group of actors who endeavour to put on a production of Golfo the Shepherdess. The film, which takes place from 1939 to 1952, offers a survey of contemporary Greek history rendered in a stylised, compelling visual experience.

When Renos Charalambidis presented his debut film No Budget Story at the Thessaloniki Film Festival in 1997, many hailed the movie as the start of a new wave of Greek independent cinema. The movie tells the story about a young director on a quest to make the perfect film. In order to kick-start his project, the protagonist finds himself embroiled in a seedier side of the Greek creative world, and the story draws its romance and comedy from this tension.

Athens is home to a very active skate community, and the scene is captured in Argyris Papadimitropoulos’s 2011 film Wasted Youth. The narrative centres around 16-year-old Harris who skates around the city, and Vassilis, a frustrated policeman. Shot during the peak economic crisis in Greece, the film captures the frustration and rage against a sweltering summer landscape.