Yiannis Ritsos was born in Monemvasia in 1909. He is one of the famous and internationally acknowledged Greek poets, as many of his works have been translated and successfully published in many languages. He published more than one hundred poetic collections, as well as some novels, plays and translations. He belonged to the Communist Party of Greece and his strong political identity is reflected in his works.

This poem marks the start of a new era for Ritsos’ poetry and the Greek poetic standards in general. In this poem, memories, agonies and deep emotions come back to the surface reflecting the ideological confusion and reclassification of the Greek left, where Ritsos belongs ideologically and politically. The poet underlines the importance of redefining his identity within the changing world. It remains one of his most famous poems. 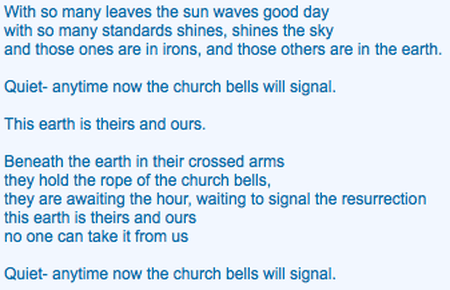 from "the church bells will signal"

“The church bells will signal”

This symbolic poem was written by Yiannis Ritsos and was set to music by one of the most significant Greek composers, Mikis Theodorakis. It was the authentic expression of the Greeks’ hope and struggle against the Greek military junta of 1967–74. The active participation of Yiannis Ritsos in the struggle of the Greek people is declared explicitly and is poetically developed through the direct communication with the reader. A basic motive of the poem is to preserve the memory of those murdered, which will never die and will always guide the present and future struggles for freedom. 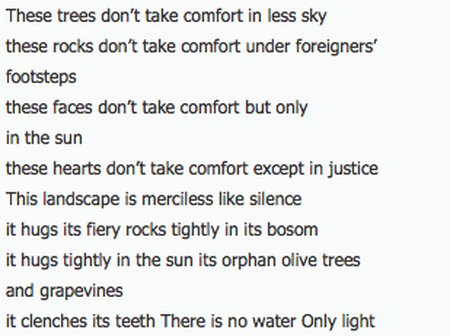 The term ‘Romiosini‘ is widely used in the Greek vocabulary and it is charged with the meaning of the Hellenic identity through the ages. It includes the Greek tradition, the folklore and struggles of the Greek people. The militant art of Ritsos expressed in this poem combines the natural and the human element, the emotions and the ideas connected with resistance. 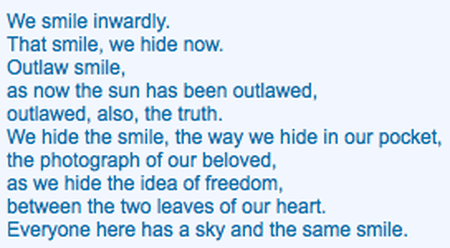 from "Tomorrow maybe they will kill us"

“Tomorrow maybe they will kill us”

These chilling lyrics are a great sample of Ritsos’ political poetry. Using a number of images, symbolisms and metaphors, Ritsos expresses an optimistic view, a hope that is not naive or romantic but is based on the right of the struggle regardless of its outcome. 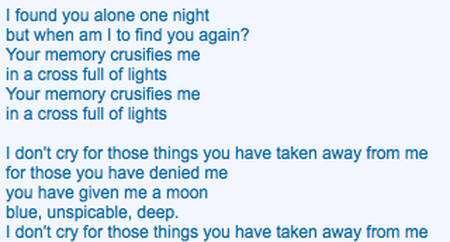 A love poem by Giannis Ritsos, which deals with the issues of past, love and loss in an arresting manner. Ritsos engenders the Greek language with a particular lyricism, expressing universal ideas and meanings that can never be unilaterally approached.