The Best Museums to Visit in Zakynthos, Greece

Museum
Byzantine Icons, Zakynthos | © gilles/flickr , © Gilles Messian/Flickr
Opened in 1960, the museum of Byzantine art is located on Solomos square, in Zakynthos town. Split on three levels, the museum includes a collection of Byzantine icons, wood carvings, a series of frescoes dating from the 15th, 16th and 17th-century. Visitors will also find paintings, ecclesiastical clothes, photos of Zakynthos before the earthquake of 1953 and paintings of artists like Doxaras and Kantouni, among others.
More Info
Open In Google Maps
Platia Solomou, Zakinthos, 291 00, Greece
+302695042714
Visit website

Museum
Courtesy of Solomos & Kalvos Museum
The Solomos & Kalvos museum, situated in Agios Markos square, is dedicated to poet Dionysios Solomos as well as other eminent Zakynthians. Built in 1957, the museum first operated in 1968 thanks to private donations. The first floor is occupied by a mausoleum which contains the bones of Solomos and Andreas Kalvos and his wife. The other floors include displays of personal items of eminent personalities from the island, as well as paintings, sculptures, manuscripts, and a collection of archaeological and folklore items.
More Info
Open In Google Maps
Zakinthos, 291 00, Greece
+302695048982
Visit website
Visit Facebook page 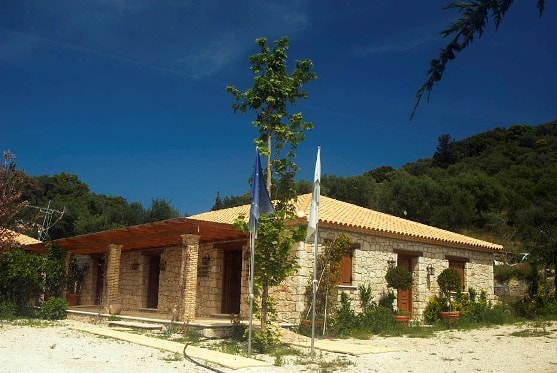 Courtesy of the National Marine Park of Zakynthos

Museum
Helmi's Natural History Museum | © Helmi's Natural History Museum
Located in the village of Agia Marina, in the heart of the island, Helmi’s Natural History museum is the best place to learn about the fauna, flora and sea life of Zakynthos. Established in 2000, the museum aims to familiarize the visitor to the uniqueness of the island, showcasing its rich ecosystem, which range from sandy beaches to verdant forests in its interior. The museum includes a collection of over 1,500 specimens and species, with animals represented in their natural habitat, as well as collections of rocks and fossils.
More Info
Open In Google Maps
Agia Marina, 290 90, Greece
+302695065040
Visit website

The Xenopoulos museum was founded in 1998 and is dedicated to writer Grigorios Xenopoulos (1867-1951). Housed in the Xenopoulos residence in Faneromeni, close to the town’s center, where the writer grew up and lived until 1883. Having made a huge contribution to Greek literature, Xenopoulos has written articles, novels and short stories, as well as a magazine dedicated to the education of children. Today he is considered the father of Greek prose and a major contributor to children’s literature. The museum includes many of his works as well as personal items.