The Amazons: Untangling Fact From Fiction

For the ancient Greeks, the fierce warrior women known as the Amazons were not an enemy to be taken lightly. Their legends tell of the heroes Heracles, Theseus and Achilles finding their match in powerful Amazon queens. But these legendary warrior women were not solely a mythical invention created by the Ancient Greeks, argues classics scholar Adrienne Mayor. Drawing on contemporary historical accounts, archaeological evidence as well as the myths themselves, her new book The Amazons: Lives And Legends Of Warrior Women Across The Ancient World attempts to discover who the real Amazons were. 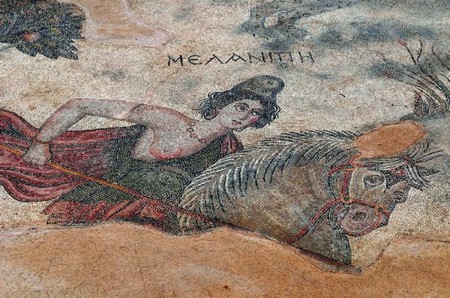 Scholars have tended to dismiss the Amazons as pure myth. Indeed, the story of Penthesilia and her duel with Achilles in the Trojan War is certainly fantastical enough for it to remain the stuff of legend. But, as Mayor describes in the following extract, the discovery of battle-scarred female skeletons buried alongside their weapons may suggest otherwise:

Wounds from a battle-axe in the skull and a bent bronze arrowhead embedded in the knee. Obviously this warrior had died in battle. Two ironlances were plunged into the ground at the grave’s entrance and two more spears lay beside the skeleton inside. A massive armored leather belt with iron plaques lay next to a quiver and twenty bronze-tipped arrows with red-striped wooden shafts. Other grave goods included glass beads, pearls, bracelets of silver and bronze, a bronze mirror, a lead spindle-whorl, a needle, an iron knife, and a wooden tray of food.

A typical Scythian warrior’s grave of the fourth century BC. Except that this particular warrior was a young woman. She was buried in a kurgan (mound) on the northern Black Sea, near ancient Tyras on the Dniester River. Tyras was a Greek colony (founded ca. 600 BC) in the territory of the Tyragetae (‘Getae/Thracians of the Tyras’). This tribe had migrated to Thrace from Sarmatia, another Amazonian homeland. We can guess that the woman in the burial mound was one of their best warriors.

This remarkable tomb of a woman who hunted and fought like men – a true Amazon – is not an anomaly or unique to just one time and place. More than a thousand tombs of ancient Scythians and related tribes have been excavated across the Eurasian steppes from Bulgaria to Mongolia. Now that modern bioarchaeological methods can determine the sex of skeletons, we know that in some cemetery populations on the steppes armed females represent as many as 37 percent of the burials. the Thracian-Scythian region alone, between the Danube and Don rivers, archaeologists have discovered more than 112 graves of women warriors of the fifth and fourth centuries BC, most of them between 16 and 30 years old. Farther east, between the Don and the Caspian Sea, where Herodotus located Sarmatians, archaeologist Renate Rolle reported the discovery of 40 additional women warrior burials. In the northern Black Sea, in the Don-Volga region, about 20 percent of the fifth and fourth century BC graves that contain weapons turn out to belong to women. According to Elena Fialko, about 130 graves of that era in southern Ukraine contained women buried with arrows and lances. In eastern Scythia, on the steppes of southwestern Siberia, Natalia Berseneva excavated Sargat Culture kurgans (580 BC to AD 350) and found that 20 percent of the female graves contained bows and arrowheads. 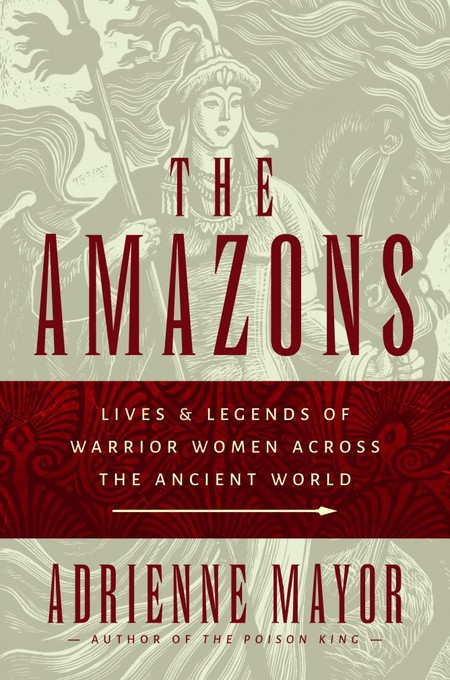 This chapter surveys the archaeological and osteological (skeletal) evidence for women who hunted, used tools, rode, and engaged in battle in antiquity. The archaeological record proves beyond a doubt that hunter-warrior horsewomen were a historical reality across a great expanse of geography and chronology, from the western Black Sea to northern China, for more than a thousand years. The persistence and range of this ‘unisex’ nomadic lifestyle throughout the Scythian world means that the ancient Greeks (and many other cultures) were bound to encounter examples of foreign females who did not shirk combat. The greatest number of known warrior women’s graves are found around the northern Black Sea, the region closest to Greece and strongly associated with Amazons. The archaeological discoveries there and farther east are radically changing scholars’ views of the accounts by Herodotus and other classical writers. The ancient descriptions of Amazons as fighting horsewomen of Scythia are now ‘verified by the proof of rich female graves containing full sets of weapons and horse trappings.’ Diodorus, for example, had reported that warrior queens were buried in splendid tombs, and although Herodotus did not specifically mention graves of warrior women, archaeologists marvel at the accuracy of his descriptions of Scythian burial practices and customs.

In the not-too-distant past, archaeologists routinely identified Scythian burials as ‘male’ or ‘female’ based on preconceived notions about the types of grave goods expected for each gender. Weapons and tools were assumed to belong to men, while spindles, jewelry, and mirrors were supposed to be feminine. Now, however, the scientific determination of the sex of skeletons proves that not only were a substantial number of women of all social classes buried with a wide range of tools, weapons, and armor, but their bones sometimes bear battle scars identical to those of male warriors. The armed women were buried exactly as the armed males were, with similarly constructed graves, sacrificed horses, funeral feasts, food offerings, weaponry, and valuable local and imported grave goods. This chapter discusses some sensational reversals of sex assignments for skeletons once identified as male simply because weapons were found in the tombs.

Arrows, used for hunting and battle, are the most common weapons buried with women, but swords, daggers, spears, armor, shields, and sling stones are also found. Some female warriors buried in Ukraine owned heavily armored war belts with bronze or iron plates like the one found at Tyras, above. Farther east, in Central Asia and southern Siberia, numerous female graves contain gold, bronze, and iron belt plaques and fancy buckles embossed with animals. One cannot fail to be impressed by the sheer weight of the heavily armored belts, iron bracelets, and bronze and iron weapons that male and female warriors donned for battle.

Tools – knives, awls, whetstones, spindle-whorls – are typically found in the graves of women, men, and youngsters. There is evidence that leatherworking was done by women, using awls and pigments (often assumed to be women’s cosmetics); needles and ink were used for tattooing. We now know that Scythian men wore earrings and owned fancy combs, as did the women. Once assumed to be purely feminine tools, spindle-whorls (discs of stone or other materials with central holes) could be used with a flywheel to make fire, and they may also have held symbolic meanings. Whetstones had magical and practical functions in Nart sagas. Mirrors, once believed to belong to priestesses, turn out to be ubiquitous in the graves of Scythian men, women, and children. Like spindle-whorls and whetstones, mirrors could have been both symbolic in death and practical in life – a mirror could send flashing signals on the steppes.

Besides sex and age at death, osteological remains reveal everyday wear and tear on bones, chronic diseases, and healed or fatal fractures. A lifetime on horseback is evident in bowed legs (some women were buried in riding position). Male and female skeletons across Scythia exhibit the signs of strenuous physical lifestyles, and many display combat injuries. Some scholars have suggested that the weapons in women’s graves were placed there only for ritual reasons, perhaps for symbolic protection in the afterlife. But archaeologists point out that the presence of war wounds is a strong argument that women buried with weapons were genuine warriors. Sometimes arrowheads are still embedded in bones, as with the woman warrior of Tyras, above. A number of female and male warriors’ bones and skulls show injuries inflicted by pointed battle-axes (sagareis), slashes from swords, stab wounds from daggers and spears, and punctures from projectiles. In many cases, the direction of the attack is obvious, and some bones can even tell us whether wounds were sustained during hand-to-hand combat, while in motion, on horseback, while fleeing, or after death. The descriptions of the injuries conjure up scenes of violent battle and duels. For example, in a study of Scythian male and female skeletons with head wounds from battle-axes, most of the blows were dealt by a right-handed opponent in face-to-face combat. Other evidence comes from cutting wounds or ‘nightstick’ fractures of left forearm bones. Forensic analysis suggests that these individuals warded off blows with their left arms while attacking with their right.

Graves of armed women have been excavated over the entire expanse of the ancient territories once identified with Amazons. The following gazetteer of representative female hunter-warrior burials begins in the west, in ancient Thrace, and moves east across the steppes and the Caucasus to Central Asia, concluding with a surprising outlier in Roman Britain. Reading scattered archaeological reports about old bones and objects buried in the ground for millennia might seem an arid exercise, since the biographies of these individual women are lost to us. But it is in these spare details of their deaths and possessions that we can recover the incontrovertible evidence for the existence of women who were the historical counterparts of legendary Amazons.

Extracted from The Amazons by Adrienne Mayor, published by Princeton University Press.