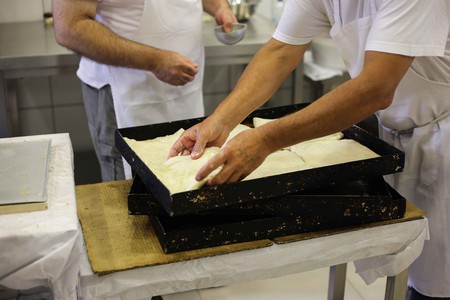 Chania, the second-largest city in Crete, is known for its many delicious local delicacies, and chief among them is cheese. It was the unique mizithra and graviera cheeses produced in the area that prompted Arabs rulers to rename it Rabdh-el-Djobh (‘town of cheeses’) when they reigned between the first and second Byzantine periods.

Nowadays, these unique ingredients are used to distinguish Bougatsa Iordanis’ recipe from others found in Greece. This fourth-generation bakery prepares a dish that dives into its town’s history and culture, all served up on a single tin plate. 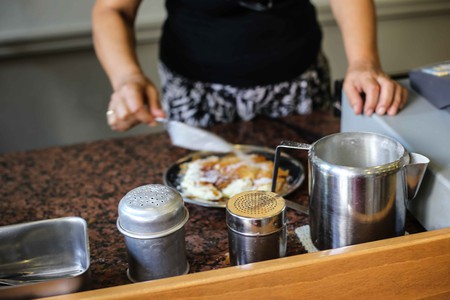 Preparing to serve the bougatsa, a coat of sugar and cinnamon are added | © Eleni Philippou

Food is a standout part of Greek culture. Each area and each dish has a story to tell, and bougatsa has a rich tradition and heritage throughout the country. Made with filo pastry, fillings and tastes vary from region to region, though it is best known for its traditional cream and cheese fillings. It’s believed that the name derives from the Ottoman word pogaca, meaning stuffed pie pastry, and that the dessert itself originates from Byzantine Greece as early as the 15th century.

Over the last 90 years, Bougatsa Iordanis has become as important to the culinary landscape of Chania as the pastry itself. Iordanis’ father-in-law, Mr. Kasiteropoulos, was a baker from Constantinople (today known as Istanbul) until he fled the city after the 1922 Greco-Turkish war and settled in Chania. Buying a bakery from a Cretan Muslim, he learnt the art of bougatsa and passed it on to his shoemaker son-in-law Iordanis Akasiadis, who opened up his namesake shop in 1924. 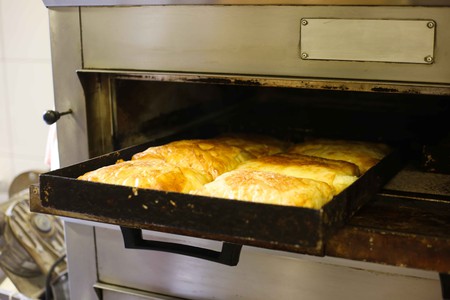 Today, the bakery is in the hands of the fourth generation of Iordanis’ descendants. The grandson, also named Iordanis (as Greek tradition has it with descending family names), runs the shop with his wife Ioanna and refuses to alter the 90-year-old recipe.

What makes their only dish on the menu stand out (and keeps the locals coming back day after day) is the use of popular local cheese, mizithra, and the finishing touches of sprinkles of sugar and cinnamon. Typically, bougatsas have a sweet taste due to their cream filling and powdered sugar top layer, whereas Bougatsa Iordanis offers a saltier alternative. Another secret of Iordanis’ daily sell-out is their use of oil in the pastry as opposed to traditional butter, thus giving it a new and Cretan taste. 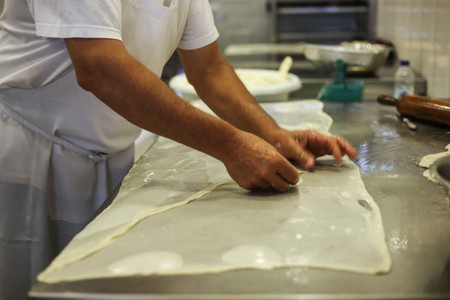 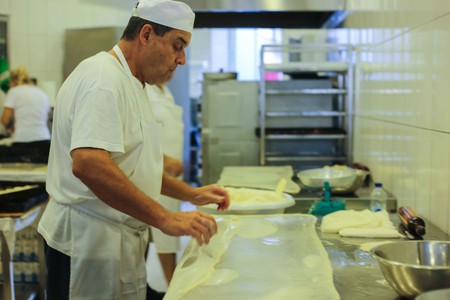 “It’s the stable quality, the collaboration with the same people and the intimacy that’s kept the shop going for so long,” says Ioanna.

Nonetheless, this cultural symbol of Chania faces an unknown future, as it is not certain that Iordanis’ and Ioannas’ children will carry on the shop’s long-running legacy and tradition. And yet, Ioanna wishes her children follow the road that speaks to them, bougatsa-filled or not.

With a photograph of the original Iordanis still on display, walking into Iordanis’ bakery is a step back in time. The walls are decorated with rhyming couplets, known as Greek mantinades, which visitors write in ode to the delicious desserts:

“No brand was I jealous of, even if it was Armani yet in bougatsa I seek, to be of Iordani.”

“If she came to Chania, instead of sponge cake, even Antoinette would eat Bougatsa Iordani.” 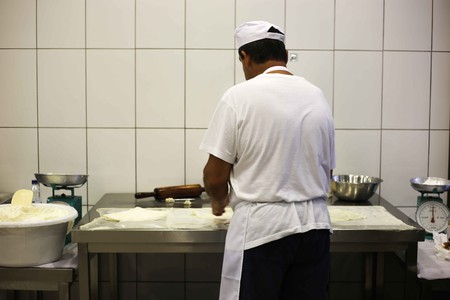 Preparing everything by hand, the way their ancestors used to do, Iordanis and Ioanna keep tradition close to heart and stomach. If the smell or the delicious sight of fresh bougatsas laying in display doesn’t invite you in, the crowd certainly will – the bakery attracts locals and tourists alike, queuing for a taste of Chania’s favourite pastry. 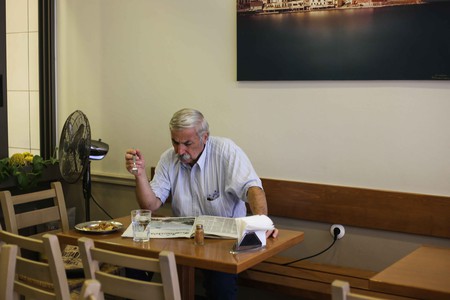 At Chania, the morning newspaper's best company is Bougatsa Iordanis | © Eleni Philippou
Give us feedback