Refugee Text: How A Tech Start Up Is Helping Refugees One Text Message At A Time

As Europe struggles to cope with the worst humanitarian crisis the world has ever seen, a new not-for-profit design team have developed an innovative way to help aid organisations, local councils and charities stretched to breaking point as they struggle to help desperate refugees in Greece, Germany and other ‘hotspots’. However, it’s not food, medicine or shelter that Refugee Text deal in, but information — perhaps the most vital commodity of them all.

‘They aren’t refugees, they all have smartphones!’ It’s an objection heard all too often as waves of xenophobia have swept across Europe in response to the ever-deepening global refugee crisis. It’s thought that among the millions of people fleeing their home countries, over 80 per cent own phones; a UN report recently found that, for many of the world’s 21.3 million refugees, mobile connectivity is seen as one of the most crucial lifelines – on a par with shelter, food and water – helping them to find vital information, access services and reconnect with family and friends they have become separated from. 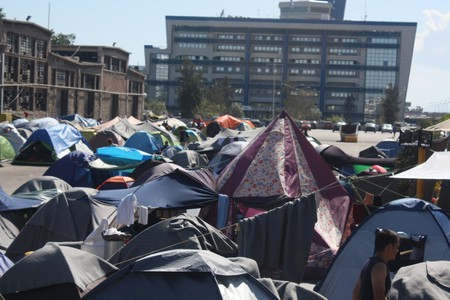 Despite their connectivity, however, a lack of information proves a key hindrance to refugees trying to navigate their way to safety or rebuilding their lives in the countries they find themselves in. Language barriers can be severely restricting, the sheer vastness of information needed across various countries can prove overwhelming, and humanitarian organisations, with their resources stretched paper thin, struggle to disseminate the information that refugees need. Mike Noyes, of ActionAid, has said that ‘the overwhelming demand amongst [refugees] is for information — to know what is happening and what awaits them further down the line,’ while Jonathan Walter, Editor of the 2005 World Disasters Report, says that, ‘Giving vulnerable people the right information at the right time is a form of empowerment. It enables people to make the decisions most appropriate for themselves, and their families, and can mean the difference between being a victim or a survivor.’

Now, Refugee Text, a not-for-profit tech start up, is looking to tackle the issue, harnessing the power of the mobile phone to provide refugees with customised, accurate, up-to-date information, using an automated, instantaneous service. The concept is simple enough: trusted third party organisations and NGOs provide the team with information, which is fed into a content management system, described as an interactive ‘refugee chatbox’. Refugees can access the service simply by texting ‘Hi’. They are then prompted to select their language, before being sent the information appropriate to their contextual situation — what country they are in, where they want to seek asylum, and what services they need to access — and storing their details so that aid organisations can later send out new information en masse to those who need it. 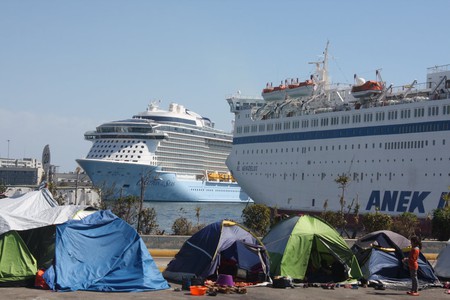 It is hoped the service will be able to aid refugees in everything from asylum applications, family reunification procedures, finding medical and legal aid and even helping with issues such as child protection, prostitution rings, and dangerous informal labour. Refugee Text was officially formed in January of this year by a trio of Master’s students from Ireland, Denmark and Norway, having spent six months researching the information gaps in refugee ‘hotspots’ in Sicily, Italy, Germany, Denmark, Sweden and Greece. The system is available as a prototype in Denmark, Sweden and Germany, while the team are crowdfunding to roll the service out to over 60,000 refugees stranded in Greece.