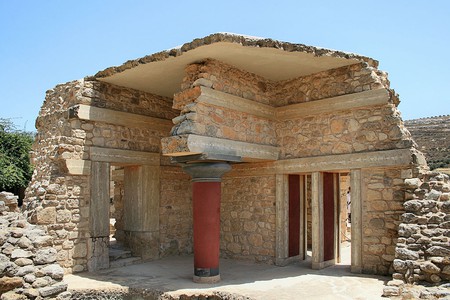 Dipped in ancient history, Greece is also a dream destination for anyone interested in mythology. Here is a selection of real locations you can still visit today that were once the center stage of many famous Greek myths. Let us take a journey into the distant past and make a point of visiting some of them.

The sacred island of Delos is an unmissable destination for anyone with a keen interest in Greek mythology. Its great mythological importance derives from it being said to be the birthplace of the twin gods Artemis and Apollo. Indeed, mythology has it that it was here that Leto, Zeus’ lover, fled to escape Hera’s wrath and give birth to her children. As a result, sanctuaries and temples were built on the 3km (1.87 mi.) island, and people from around Greece used to come and worship the deities. 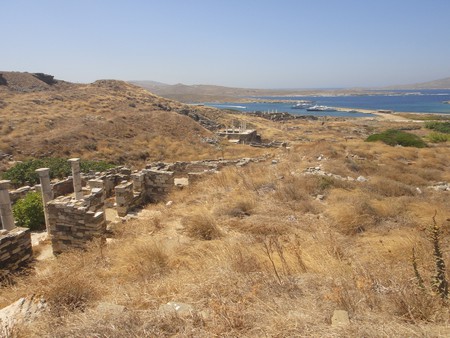 View of the sea from Delos │ | © Alex Healing/Flickr

Hidden in Crete’s mountainous interior is a location boasting a strong mythological importance. According to mythology, it was there that Cronos, one of the original titans, tried to destroy all his offspring by eating them in order to prevent fulfilment of the prophecy that predicted his downfall at the hands of one his children. When Rhea, Zeus’ mother, gave birth to Zeus, she decided to hide him in a cave in Crete to protect him. Ancient Greeks believed that Zeus was born (or at least grew up in) Ideon Cave, and the place quickly became a site of worship and pilgrimage. Today, the mountain lends itself perfectly to hikes, and you can even visit the cave where Zeus is believed to have spent the first years of his life.

The Labyrinth of the Minotaur

Undeniably, one of the most fascinating ancient Greek myths is the story of Theseus and the Minotaur. To put it in context, you must know about Minos, Zeus’ son and king of Crete. The stories are diverse, but it seems King Minos was forced to raise a son who had the body of a man and the face of a bull. While he managed to trap it inside a labyrinth, he took the habit every year of sending young men and girls into the maze to be devoured by the monster. Theseus, prince of Athens, volunteered one year, and with the help of Ariadne, King Minos’ daughter, he succeeded in killing the beast and finding his way out of the maze. While the exact location of the labyrinth is unsure, there are two places you can visit. The first one is in Kommos, believed by archaeologists to have been the site of Minos’s throne. The other place that might have inspired the story is Gortyn, a little further away. 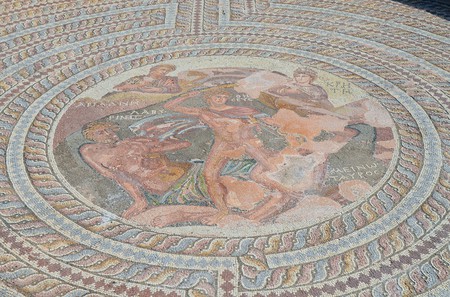 According to Greek mythology, the Acheron was one of the five rivers that borders the Underworld. The river was known as the ‘river of the woe’, and it was used to transport the souls of the departed into Hades’ realm. The river and its nekromanteion, an ancient Greek temple of necromancy devoted to Hades and Persephone, are located in scenic Epirus, near Parga. The area is beautiful and offers a refreshing retreat ideal for kayaking and camping fanatics during the summer months.

As one of the islands laying in the Saronic Gulf, Aegina is now an unassuming weekend destination for Athenians and tourists alike – but the island boasts an interesting mythological past. Aegina was a daughter of the river god Asopos and the nymph Metope. As you can expect, womaniser Zeus fell in love with her and took her to Oenone, an island off the coast of Attica. There, Aegina gave birth to Aeacus, future king of the island. And while the island was named after her, the story goes on. When the island was depopulated because of a plague sent by Hera, Zeus’ wife, the young king Aeacus called for help to Zeus, who transformed the island’s ants into humans to repopulate his son’s kingdom. It was these fierce soldiers that were commanded by Achilles. 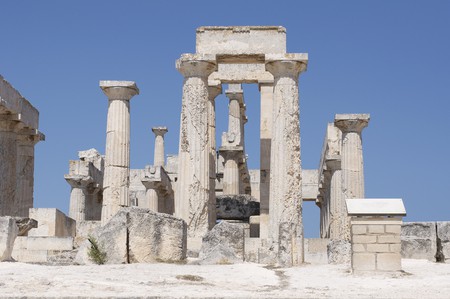 In Greek mythology, it was believed that majestic Mount Olympus was the home of the 12 gods and goddesses. This stunning formation is the highest mountain in the country. Perfect for hikes, the rugged mountain can also be your playground. And while you may not spot these deities when you reach the peak, you’ll be rewarded by glorious views.

An influential city-state of Ancient Greece, Thebes, now called Thiva, is located in the region of Boeotia. The city is shrouded in myths, and there is even one relating its origin. Cadmus, a young man originally from Phoenicia, came to Greece in search of his sister, Europa, who had been abducted by Zeus. Unable to find her, he went to consult the Oracle and was told to found a city on the Boeotian plains instead of searching for his sister. The birthplace of Dionysus and Hercules, Thebes is also connected to the myth of Oedipus. Son of King Laius and Queen Jocasta, he tragically fulfilled a prophecy that said he would kill his father and marry his mother, bringing destruction to his city.

This city is thought by many to be the birthplace of the goddess of love and beauty, Aphrodite, and the site of where she rose from the sea. Indeed, the city of Paphos was an important place of worship to the goddess, and the remains of her temple are still visible today, with solid foundation walls marking its perimeter. The archaeological site of Paphos also includes an amphitheater, which seated 1,200 spectators in its prime. 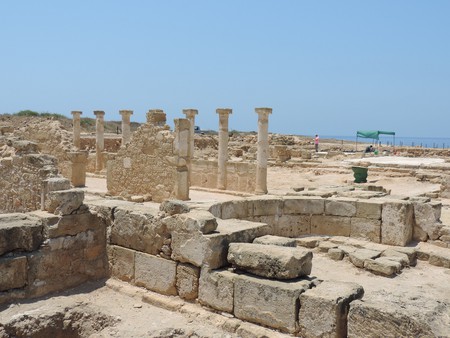 Named after the beautiful nymph Korkyra, Corfu is equally bathed in myths. The daughter of Asopos and Metope and sister of Aegina, Korkyra fell in love with Poseidon, who abducted her and took her to an unnamed island, which then took her name – Korkyra, or Corfu. The island is also home to the Achilleion Palace, built by Empress Sisi of Bavaria. The palace was of course named after Achilles, who was dipped into the enchanted river Styx by his mother to protect him. As you know, the protection worked except at the heel, where his mother was holding onto him. A fierce warrior who played an important part in the Trojan War, he was killed by an arrow to his ankle.