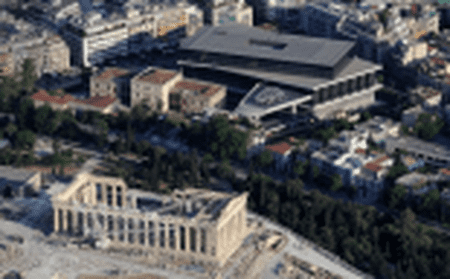 One of the most high profile museums built in Europe in the 21st century, The New Acropolis Museum holds the historic archaeological treasures of the Acropolis of Athens. Although opened in 2009, the story of this museum dates back to the 19th century, and is full of scandals and setbacks. Now an undeniable success, the saga of this museum is one of political conflict and intrigue. 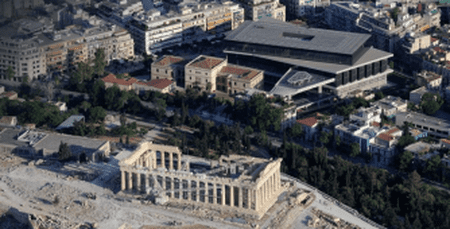 Greece’s vast historical and archaeological sites are one of the biggest attractions for tourists, and its capital Athens alone attracts millions of visitors each year. From the Temple of the Olympian Zeus to The Ancient Agora, a landscape of enchanting ancient structures stand tall in Greece, offering insights into a powerful civilisation now long lost. There is one site however that stands above the rest (both metaphorically and literally) as one of the most historically significant: The Acropolis of Athens. 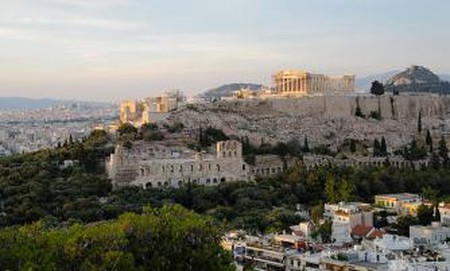 Elevated on a rocky rise, The Acropolis (high city) is a critical archaeological site that sits in the heart of Athens. A place of importance in ancient Greece, countless invaluable excavated artefacts have been found here, and many more are still speculated to remain undiscovered. While the main findings are from the Greek Bronze Age through to Byzantine Greece, evidence has been found of inhabitants as far back as 6th millennium BC. The pinnacle of this mass open-air time portal is The Parthenon: a temple dedicated to the maiden goddess Athena built in the 5th century BC. While the Parthenon sits at the summit and can be seen throughout the city, the location of a museum in which the collected artefacts could be held became a contentious issue in the 1830s when the Greek State gained its independence from the Ottoman Empire. After much deliberation, in 1865 the foundations were laid for a venue to hold these national treasures: The Acropolis Museum. 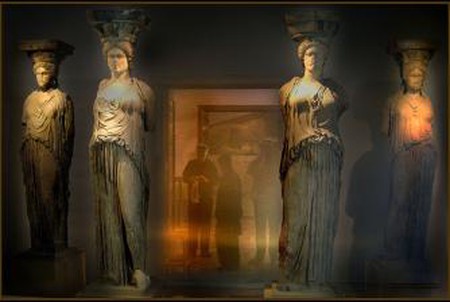 This original museum was the first building of its kind in Greece that was constructed specifically to be a museum. After its completion, it was soon discovered that the structure was too small to hold the vast finding of the Acropolis area. A second museum was announced in 1888, but this eventually fell through and the option of extending the original edifice was chosen as a preferred option. Solving the size issue for some decades, the growing tourism industry in the 1960s and 70s again proved that the museum was too small to match the thousands of visitors who wanted to see the priceless treasures within. In 1976 Constantinos Karamanlis suggested that a new museum had to be built. National architecture competitions were immediately put into place, but no successful applicant was found, and so the project remained dormant for another decade. 1989 saw Minister of Culture Melina Mercouri again set the tides to erect a new structure, this time allowing for international proposals, but this again met failure as a historic Makriyianni settlement was discovered in the proposed construction site. It seemed that the Acropolis area held too much history to be contained within one museum. 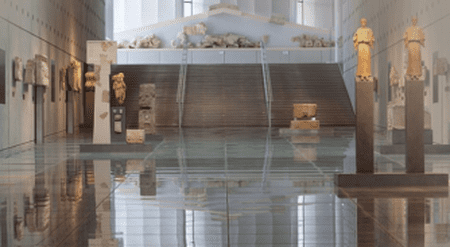 With strict new guidelines, 2000 brought the announcement of the success of the proposals from Swiss-born, New York-based architect Bernard Tschumi. Suffering under other problems throughout its construction, the building was finally completed in 2007 and opened its doors in 2009. A stunning and innovative design, the entire museum is elevated above the Makriyianni settlement by concrete columns and the ground level features a glass floor to enable fantastic views of the archaeological grounds below. At 14,000 square metres, the enormous building allows for beautiful curation of all of the artefacts that sit comfortably within its walls, and room has also been left for expected new additions, such as the controversial Parthenon Marbles. Innovative use of natural light and open spaces are another key feature, exuding a captivating fusion of the modern design and ancient artefacts. Situated at the bottom of the raised Acropolis site, the museum offers outstanding views of the Parthenon and is walking distance from the Acropolis site itself. The museum represents a successful solution to a troublesome design brief that has taken over 100 years to be fully realised. 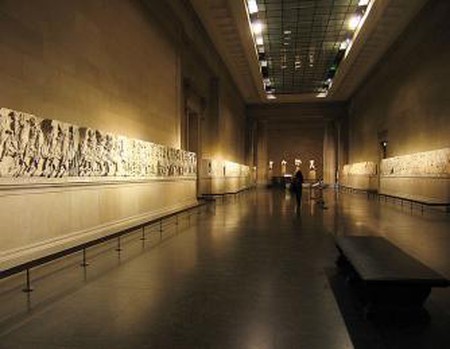 Although The New Acropolis Museum has been an internationally acclaimed triumph, some scandals still follow this cultural giant. The first is mentioned above: the Parthenon Marbles. Also known as the Elgin Marbles, these marble sculptures were removed from the Parthenon in the early 19th century by Thomas Bruce, the 7th Earl of Elgin, while Greece was under Ottoman control. Upon bringing these treasures home, Bruce sold them to the British Government and they have been on display at the British Museum ever since. Greece has requested that these sculptures be returned, however there has been much debate on whether the items will be preserved in better conditions in their current location. With the state of the art technology of The New Acropolis Museum, Athens hopes that these priceless possessions will be returned, yet the topic is still severely contested. 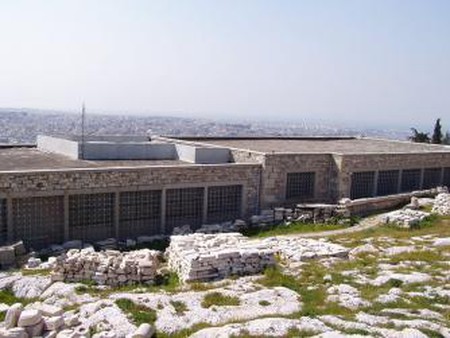 The other dispute that still trails the museum doesn’t actually involve the new building, but instead its older sibling: The Old Acropolis Museum. Built into a niche of the Acropolis rock, this structure has remained empty since the 2009 opening. Sitting next to the Parthenon, debate has started about what this now abandoned site should be used for. A recent decision has been made not to list the old museum as a preservable monument, which has made many fearful that it will be demolished. Opinion is split on this issue, with some claiming the building has historical significance in itself, while others suggest that the space could be better used. Only time will tell the fate of this now redundant museum.