Locals in Santorini Are Fed up with Tourists 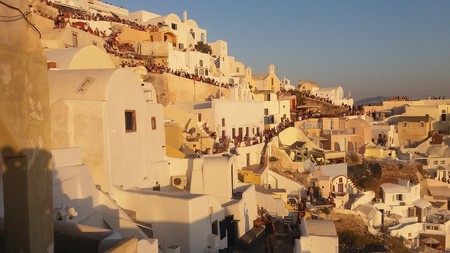 Waiting for the sunset | © Ethel Dilouambaka

One of the top summer destinations in Greece after Athens, Santorini is on the verge of collapsing under the weight of mass tourism. Every year, thousands of tourists flock to the beautiful island, putting strong pressure on the local infrastructures. Now, locals have had enough.

There is no doubt that the island of Santorini in the Cyclades is a picturesque destination. With its caldera-perched villages, its volcano, its spectacular beaches and delicious gastronomy, it is undeniably one of the most sought-after summer destinations in the region. But the island is a victim of its own popularity. 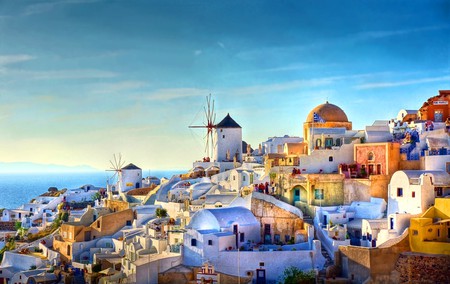 In recent years, consumer prices and accommodation costs have increased considerably, making it difficult for residents to afford rent and other basic utilities. A picture in stark contrast with the increase of luxury accommodation across the island, but more specifically on its western coast, on the caldera. Additionally, during the peak of the summer season, up to 18,000 tourists arrive each day, most of them passengers of cruise ships as part of day trips. The influx of visitors causes numerous traffic jams on the roads, saturation of parking lots and even congestion on the narrow streets of the small, popular villages of Oia and Fira.

While tourism brings a welcome boost to the country’s weak economy, the rising demand of accommodation is detrimental to the 76km² (29 square mile) island’s ecosystem. According to a study of the University of Aegean, in recent years, the area built on in Santorini has reached 15 percent of the total surface. To give you a broader picture, on other islands of the Cyclades, space built on totals only one percent. Additionally, water consumption rose above 46 percent. This added pressure contributes to social tensions—such as a staggering unemployment rate of 23 percent—that locals have been experiencing since the beginning of the economic crisis more than five years ago.

Waiting for the sunset | © Ethel Dilouambaka

While the population of the island has increased to over 25,000 permanent residents, the infrastructure hasn’t follow suit, due to governmental budget cuts. Many residents have been forced to turn to the tourism industry and work a second job in restaurants or hotels, and even farming land used for wine-making has disappeared as their owners choose to build a hotel or bed and breakfast to secure better incomes. To help those in need and protect their land, locals organize food distribution programs and legal action against illegal construction.

For his part, Nikos Zorzos, Santorini’s mayor, has already appealed for a pilot project to limit visitors to 8,000 tourists per day, which would be fully implemented in 2019. This should help considerably towards alleviating the constant traffic on the roads to the northern part of the island, though more needs to be done to prevent the slow destruction of this beautiful volcanic island.

Let us hope that sustainable measures will be implemented to prevent the destruction of a beautiful haven due to mass tourism. If you plan on visiting Santorini, maybe try to visit outside peak season. This way, you will be able to enjoy more affordable options and even maybe enjoy the infamous sunset in Oia on your own.