An Introduction To The Bouzouki: Greece's National Instrument 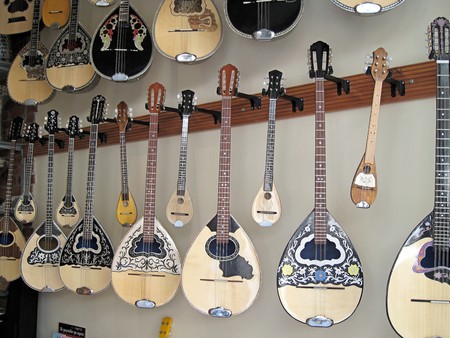 Bouzoukis in a store | © Titanas/Flickr

Greece’s most beloved instrument, the bouzouki is an easily recognizable string instrument which still looks very similar to its ancestor, the pandoura. Creating a distinct transition from antiquity to the Hellenistic period, the bouzouki is what it is today thanks to a constant back-and-forth between Greece and the East.

During ancient times, the pandoura, an instrument with a long neck and a round belly, was already acknowledged as an import from the East. Its success was due to the possibility of producing a plethora of sounds despite its limited number of strings. The instrument was known to many pre-Hellenic cultures from the Middle East and Asia and was closely related to the lute.

Through examinations of recently discovered ancient wall paintings and sculptures, it was found that the bouzouki did exist during the Byzantine era and was known as thampoura or tampoura. 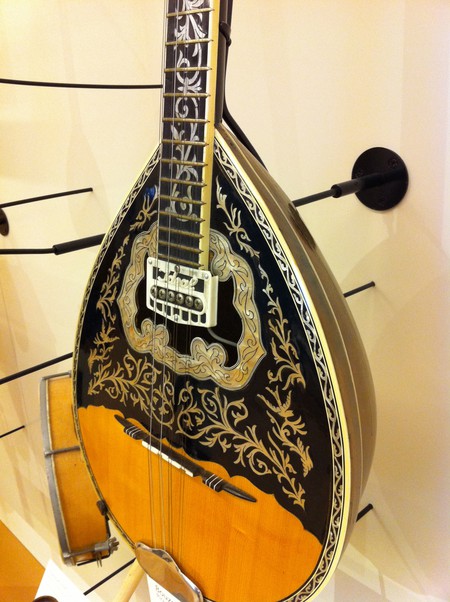 Later, the bouzouki, derived from the Turkish ‘bozuk’ and closely related to the Turkish saz and the Asian tanbur, was reintroduced and brought to Greece by immigrants from Asia Minor and Turkey in the early 1900s. Along with the instrument, the Greek refugees brought with them the smyrneika (songs), in which they played the Al Oud, or Outi as they used to call it. That instrument was quickly replaced by the bouzouki, and the smyrneika influenced the rebetiko, a style of music featuring urban popular songs. 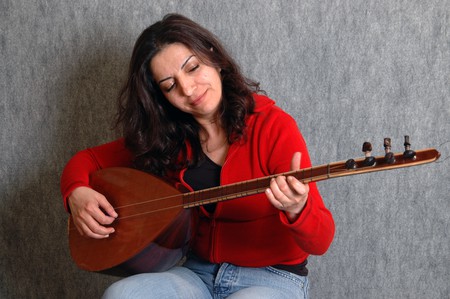 The bouzouki slowly integrated traditional orchestras, and by the late 1920s, the first bouzouki orchestras emerged like the legendary band Tetras founded by Markos Vamvakaris, featuring three bouzoukis (Vamvakaris, Delias, and Pagioumtzis) and a baglama (Mpatis), sealing the fate of the bouzouki as a sovereign instrument.

The trichordo bouzouki has three pairs of strings, each one tuned the same way, following a pattern of ‘re,’ ‘la,’ ‘re,’ (d, a, d), with the ‘re’ string being the basis for the melody, while the ‘la’ and second ‘re’ strings are used for playing chords. Today, the bouzouki is played with a pick, but in the past, it was played with a feather or a piece of wood carved from a cherry tree, which helped to create the distinctive sound of the bouzouki. 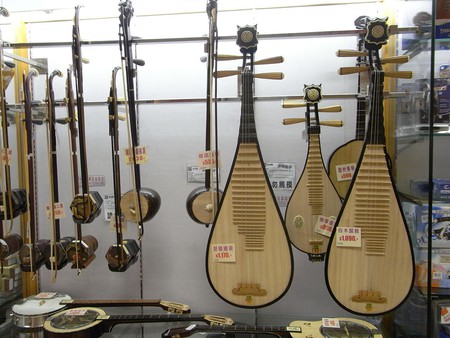 In the 1950s, the bouzouki with four pairs of strings, or tetrachordo, was introduced, as the three strings limited the musician to only play rebetika songs. Therefore, the four strings opened up the capabilities of the instrument. These were tuned in a ‘c, f, a, d’ manner, with the chords played being similar to the ones played on a guitar. What differs from the guitar, however, is the taxim, a distinct characteristic of the bouzouki.

Defined as a melodic musical improvisation that precedes the performance of a traditional musical piece, the taxim is an integral part of rebetika songs, and because it depends on the rhythm and the meaning of the song, it requires the player to be versatile. Indeed, in order to improvise and to play a taxim correctly, the bouzouki player has to become familiar with the different rhythms and melodies.

In the 1960s, Greek music rapidly gained worldwide recognition. The dynamic Greek sound, characterized by the dynamic bouzouki notes and the unusual rhythms of Greece, soon charmed lovers of traditional music. And though the bouzouki was, and still is, the main lead instrument of the rebetika and laika (folk) songs, it was quickly used in a variety of musical genres throughout the world, including jazz, rock, and folk music. 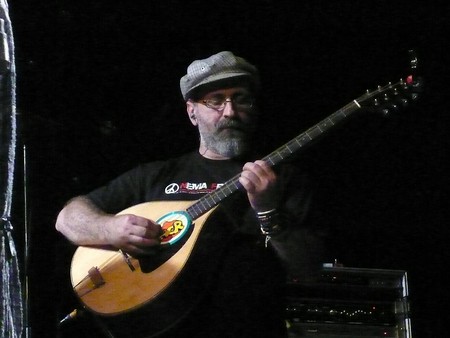 In the early 20th century, the rebetes played the bouzouki and the baglama, a smaller version of the bouzouki used to give a precise vibrato sound to the composition.

With some creativity and guts, the bouzouki can be used to create unique and intriguing musical compositions.

Interested in the fascinating world of the bouzouki and rebetika? Here’s a documentary of this style of music very dear to the Greek people: