A History Of Mastiha In 1 Minute 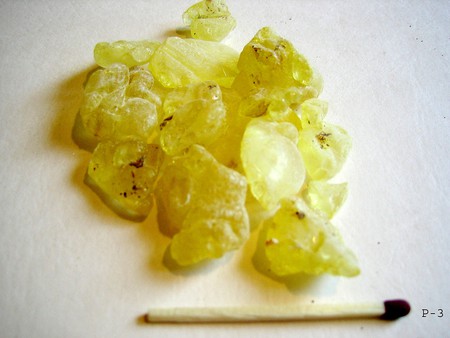 Mastiha is a sweet, clear liqueur made from the aromatic resin of the mastic tree. This delicious spirit has been enjoying a powerful comeback in the mixology scene, with Greek bartenders using local ingredients to create inspiring and tasty cocktails recipes. And though mastiha is quite popular in Greece, little is known about it. To learn more about the history of mastiha, read on.

In recent years, mastiha liqueur has been experiencing a boost in popularity with the explosion of innovative cocktails created by edgy bartenders in the modern nightlife scene. Used in countless cocktail recipes or simply enjoyed on the rocks with a squeeze of lemon or other juice, this clear liquid is becoming a staple among Greek spirits. However, this age-old alcohol also has a tumultuous history.

The story of mastiha starts on the island of Chios where mastic trees (Pistacia lentiscus var. chia) grow. And though mastic trees flourish all over the Mediterranean, only the variety in the unique microclimate of Chios’s southern area produces the valuable aromatic sap from which the liqueur is made. Mastiha was given the Protected Designation of Origin (PDO) from the EU, and its traditional harvest is recognized by UNESCO as a living heritage of humanity.

Throughout history, these trees, highly emblematic of the island, have been the center of repeated conquest by the Romans, the Byzantines, the Genoese and the Ottoman Empire. Indeed, under the Roman Empire, Emporios, a small port in the south, became the export station for mastiha. In the 14th century, the Genoese, who ruled over the island for two centuries, went even so far as to build the fortified medieval mastihohoria, or mastic-producing villages, and sold the output of the production to Turkey, Asia Minor, Crimea, Syria, Egypt, and the rest of Europe and northwest Africa. In 1822 when the island suffered a devastating massacre by the Ottoman invaders, these towns alone were exempted from taxes because of their economic importance. At that time, the production of mastiha rose to 38,000 kilos, with 25,500 kilos belonging to the sultan. Another significant moment came in 1848 when the underling ruling the mastihohoria asked for a free-trade agreement for mastiha, which was ratified in 1850, allowing the local producers to sell their harvests on the free market and pay their taxes in cash, rather than mastiha.

Today, producers in Chios remain faithful to the traditional methods and procedures to harvest the magical sap, bleeding the bark of the trees and collecting the resin that drops to the ground, which is covered with calcium carbonate powder to protect the resin from debris. The mastic ‘tears’ soon crystallize into hard clots that are later powdered or packaged to be used as gum or in other products. To produce the liqueur, the mastic crystals are distilled, and then pure alcohol and sugar are added. Mastiha is enjoyed on the rocks, as an aperitif, or mixed in a cocktail.