A Guide to Sailing in the Cyclades Islands, Greece 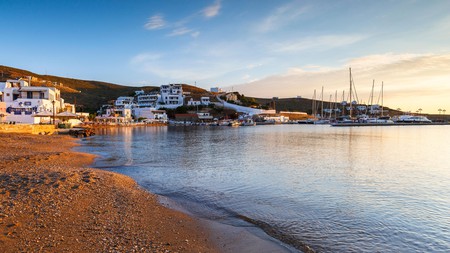 Loutra, with its tranquil dining and nightlife scenes, makes a popular spot for a stop-off on Kythnos island | © ilan Gonda / Alamy

Greece is, more often than not, associated with the whitewashed, cubist homes of the Cyclades and its deep cobalt seas, reflecting the colours of the country’s flag. This is where you’ll find desirable destinations like Mykonos and Santorini but also quieter, under-the-radar islands, such as Kythnos and Kimolos. Experienced sailors will enjoy harnessing summer’s northerly winds known as the meltemi. Off the boat, take to hiking trails in Tinos, Syros and Andros for 360-degree views from above.

Explore the Cyclades by hiring a boat with Dream Yacht Charter. Alternatively, book one of dozens of vessels available through SamBoat.

Go beach-hopping in Naxos, where you can swim in serene seas and kick back on the golden sands of former hippy enclave Plaka, or head to the southern tip of Agios Georgios for an adrenaline-spiking windsurfing lesson.

While you’re in the vicinity, cruise to the slow-paced smaller Cyclades islands of Donoussa, Koufonisia, Iraklia and Schinoussa. 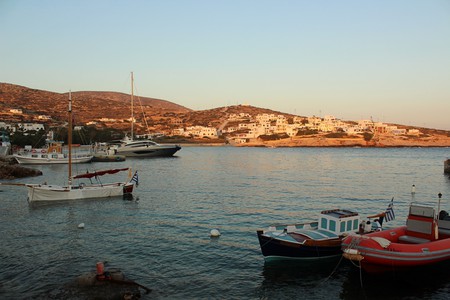 In Amorgos, the easternmost island of the Cyclades, be wary of strong gusts that tumble down dramatic cliffs in the northeast. Trek the 300 steps up to the stark white Monastery of Panagia Hozoviotissa, wedged into a rugged cliff and pay your respects at a ninth-century Byzantine chapel.

Serifos, adored by weekending Athenians, plays host to an old town of tiny traditional homes huddled high above Livadi harbour. Spend a lazy afternoon nibbling on Greek meze at the main square, beside the neoclassical town hall. If conditions are calm, drop anchor in the lucent waters of Psili Ammos beach at Agios Ioannis.

On the northeastern coast of Kythnos island, the fishing village of Loutra, named after local hot springs, serves as a safe haven for mariners. Its municipal marina (VHF channel 73; +30 6948 789623) has 21 berths for vessels, mostly up to 15m (49ft), and offers easy access to yacht provisioning and technical support services. 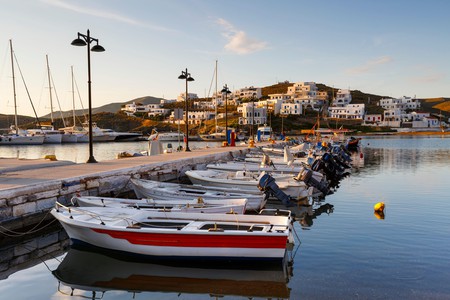 Vathy Bay, at the southwestern tip of Sifnos, is a characteristic example of countless Cycladic bays that provide superb shelter from prevailing winds. Tranquil and family-friendly, Vathy is an ideal anchorage to ride out the meltemi, take shade below tamarisk trees and cool off in shallow waters.

As arid as the Cyclades may be, with the exception of fertile Naxos and Andros, its dry, sunny climate is responsible for rich, flavoursome produce, particularly on the volcanic islands of Santorini and Milos.

On Milos, small, sweet tomatoes are mashed into multi-purpose paste beltes, delicious slathered on hot bread. On Tinos, aromatic thyme honey stars in the island’s unique sweets. Above all, don’t miss out on freshly-caught fish and seafood.

At Vathy Bay on Sifnos, dig your toes in the sand at beachside taverna Tsikali and dine on tangy xinotyri (cheese dip), caper salad and goat casserole washed down with a local red. 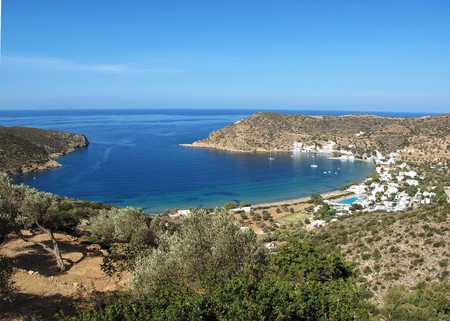 Two of the best locations to launch your Cyclades sailing adventure are Lavrion port, at the southeastern tip of greater Athens, and Paros island. Dream Yacht Charter and SamBoat have a good selection of sailing yachts and catamarans available for bareboat or skippered charter. 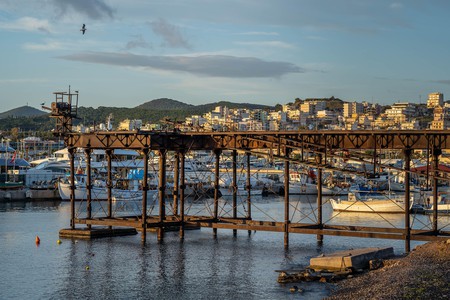 If you’re departing from Lavrion, there are several supermarkets in easy reach of the port, the closest being Mymarket, while provisioning services are also plentiful. On the islands, your first choice for stocking up should be the farmers’ market, where you can find local varieties of cheese produce like Naxian potatoes and Tinian artichokes.

Time your trip for late June so you can participate in the week-long Cyclades Regatta. Organised by the Athens-based Nautical Club of Tzitzifies and Kallithea, the annual race usually begins in the Saronic Gulf or at Kea island, then winds its way around three or four more islands. 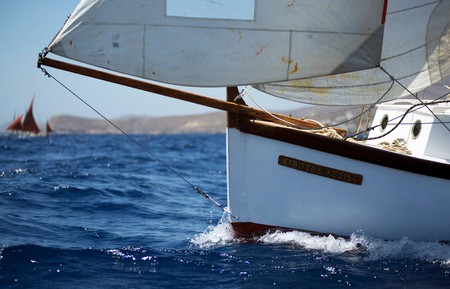 The Cyclades enjoys a long sailing season stretching from April through October, with warm, sunshine-filled days pretty much guaranteed from May through September. July and August are the hottest and busiest months of the year and also when the meltemi winds affecting the Aegean are at their most powerful. Marinas and anchorages are more crowded then, too. Keep a close eye on the forecast and take heed of local advice. Rainfall is possible in April and October.

If you’re picking up your boat from Athens or Lavrion, fly into Athens International Airport and take a bus or taxi transfer to the marina or port. If you’re sailing out of one of the islands, like Paros, Naxos or Mykonos, look into a direct or connecting flight to its international airport.