Why You Need To Visit the Isolated Serenity of Meteora 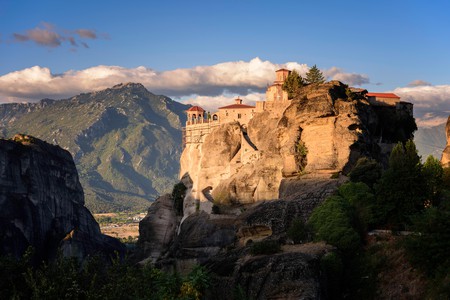 A UNESCO world heritage site with hiking, history and even a mushroom museum – here’s why you should head to the towering rocks of Meteora on your next trip to Greece. 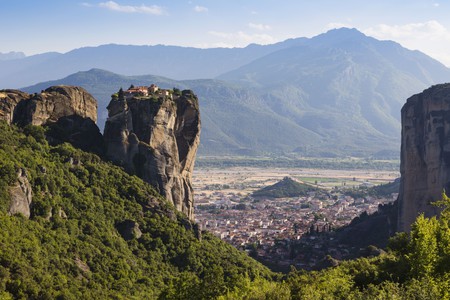 It’s unlike anywhere else on earth

Vaggelis Kourelis, co-founder of Visit Meteora, a tourism group in the region, says, “Meteora is a site which has this totally unique combination of a geological marvel – these giant sandstone cliffs – and an ancient monastic community.” Eleftheria Papakosta, operations manager of the Natural History Museum, agrees. “It’s one of the few areas in the world where the combination of natural beauty with monasteries and religious traditions makes it an attraction for visitors worldwide.”

The distinctive rock formations, rising into the sky, have sheltered Greek religious orders for almost 1,000 years. Of the original 24 monasteries, only six remain today (two hosting nuns, four monks), all of which can be visited by travellers hoping to explore this incredible attraction.

Choose how you want to explore the rocks

With its craggy-faced cliffs and sheer drops, Meteora is a rock climber’s paradise (and an acrophobe’s worst nightmare). Visit Meteora takes climbers to the most popular routes, with a professional guide to ensure your expedition goes smoothly and safely.

You can also experience Meteora’s stunning scenery on solid ground. “Hiking in Meteora, in my opinion, is perhaps the best way to enjoy the magic and the overwhelming power of nature,” says Papakosta. There are numerous trails around the rocks, from steep climbs up the monasteries to gentle strolls, designed to meet all different levels of fitness and walking abilities.

If you just want to sit back, relax and take in the view, opt for travelling through the cliffs on a Visit Meteora bus tour. You’ll also get the option to walk down from the buses to the various monasteries so that you can view the mosaics and paintings that illuminate each of these landmarks. 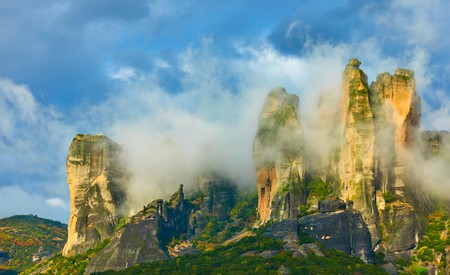 Learn about the history of this stunning place

Meteora’s scenery may be one of the main draws, but visitors shouldn’t overlook its historical value. Kourelis says that Visit Meteora are dedicated to opening up the history of the rocks and the town to travellers. “In all of our tours we use local guides who grew up here. They love to share their passion and knowledge for Meteora with our visitors.”

Your guide will tell you about the geography, the history and the culture of the area, explaining the significance of landmarks such as the perilously high hermit’s caves and the colourful scarves strung up over the St George Madilas Cave, and sharing stories of the evolution of the town of Kalambaka over the centuries and how women gained entry to the male-only monastery communities in 1930.

You can visit the mushroom museum

The Natural History Museum of Meteora and Mushroom Museum is a one-of-a-kind venue. It’s one of the few museums in the world dedicated to mushrooms, with over 250 species on display. Selling more than 75 unique mushroom products (including black-truffle chocolate and traditional Greek spoon sweets made from fungi) and hosting truffle hunting and pasta making events, this is one museum you won’t leave hungry.

They even host an annual mushroom festival, a three-day celebration of all things fungi. Truffle hunting, seminars, talks and live cookery demonstrations using locally foraged mushrooms are just some of the activities on offer. In 2019 they had over 10,000 attendees. If you want to join them next year, keep your calendar free in May 2020.

Mushrooms are not the only thing on the menu in Meteora. Most of the restaurants in Kalambaka specialise in traditional Greek cuisine. This is the place to indulge in home-style cooking served up in generous portions. Stuffed aubergine, hearty meatball stews and spanakopita are some of the dishes you shouldn’t pass up here. Whatever you order, make sure it’s accompanied with a glass (or a bottle) of local Greek wine. 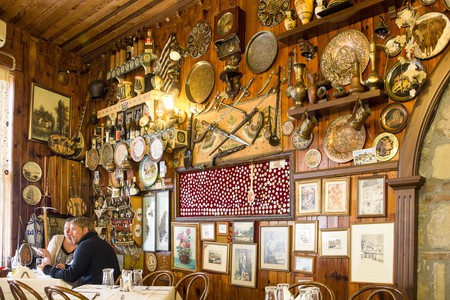 It’s starred in two of the most popular franchises ever

In the Bond film For Your Eyes Only (1981), Roger Moore scales the cliff leading up to the Monastery of the Holy Trinity, which the villain of the film is using as a hideout. More recently, the towering rocks of Meteora provided the inspiration for the Eyrie in Game of Thrones, the place Tyrion Lannister was held captive in the first season. One of the legacies of this fantasy series is the impact it’s had on its filming locations. Northern Ireland’s Dark Hedges and Croatia’s Dubrovnik are just two places that have seen a huge rise in visitor numbers thanks to the show. But Meteora is slightly different. Due to its protected status, Game of Thrones was never actually filmed here, and the landscape was recreated digitally in post-production. As a result, Meteora’s peace isn’t shattered by diehard Thrones fans, which is probably for the best. (If you tour with Visit Meteora, though, they will be happy to point out the exact location where the scenes were meant to take place.)

Get in touch with nature

If you’re looking for a retreat that’s going to put you in touch with the natural world, Meteora is the place. Birdwatchers flock to the mountains to see the species that live in this unusual landscape. One of the rarest breeds found in the region is the Egyptian vulture. It’s become a symbol of Meteora, with over 200 nesting pairs living in the region in the 1980s. However, due to pollution and the destruction of its habitat, today there are estimated to be fewer than 20 pairs.

For non-twitchers, there’s a taxidermy specimen at the Natural History Museum that can be visited instead. Papakosta says that their dioramas of local and endangered species “symbolise the necessity of coexistence between humans and the natural environment. This message is highlighted everywhere in the museum – it relates essentially to the reason why a Natural History Museum exists.” 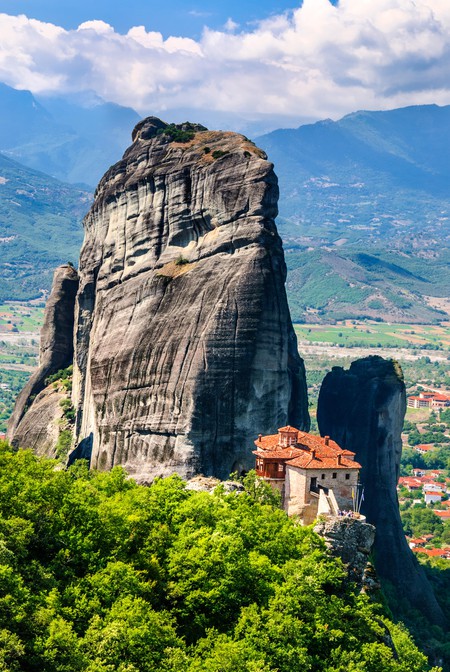 It’s easy to reach from the rest of Greece

Though the scenery may feel otherworldly, Meteora is relatively convenient to reach from Greece’s major tourist hubs. Kalambaka (the town at the foot of the rocks) has a train station with a direct route from Athens – in less than five hours you can travel from the Parthenon to the peaks. Thessaloniki is even closer, at less than three hours away by rail. If you’re in Greece’s beautiful second city for a long weekend, Meteora makes an ideal day trip.

You can find your own inner peace

The name Meteora means ‘lofty’, and when you’re on top of the rocks, gazing out into the open sky, it’s not hard to see why the hermits and monks chose to come here when seeking a calmer, more meditative place to live.

To make the most out of your visit to Meteora, Kourelis recommends going at a time when you can be alone among the mountains and the sky, such as on their sunset tour. “Avoid the big crowds and visit the site early in the morning or late evening. The morning light especially is serene and beautiful and you get to feel a little bit of the peace and tranquillity that brought the first monks up there, before the site is filled with big crowds of tourists.” 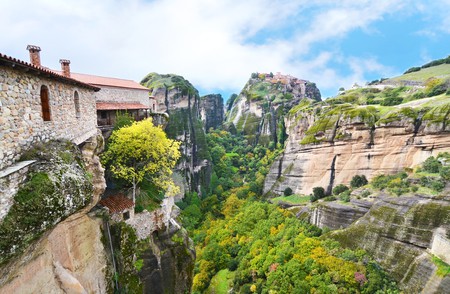