10 Things to Love about the Peloponnese, Greece 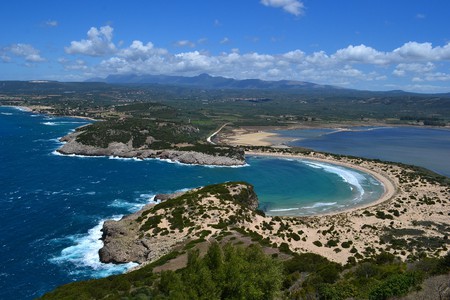 Too often, the Peloponnese is overlooked by visitors who prefer to visit the islands or focus on Athens and its region. But this is when the Culture Trip steps in. Let us show you that Peloponnese deserves more attention. Here are ten reasons why you should fall in love with Peloponnese.

Probably one of the most romantic places in Greece, Monemvasia is a medieval castle town, carved on the slopes of a rock off the eastern coast of the Peloponnese. Constructed during the Middle Ages, the fortified city with its cobbled streets and stone houses is still a major attraction today, with its guesthouses and boutique hotels set in traditional buildings. From there, day trips to other locations in the region are easily feasible. 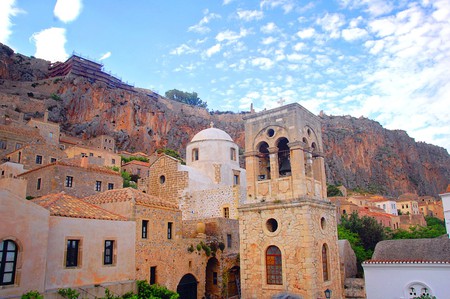 Close to Kalamata airport, Costa Navarino is one of the most elegant and sophisticated resorts in the region. Featuring golf courses, beach clubs and tennis courts, Costa Navarino is in Messinia, a lush region in the Peloponnese. Against an idyllic hilly setting surrounded by magnificent shores, and close to a cluster of historical sites, this luxury holiday resort is perfect for an immersion into Greece’s history-rich peninsula.

A small island between the Peloponnese and Kythira, Elafonisos is a small paradise off the coast of Peloponnese, blessed with white sand beaches. With less than 360 inhabitants during winter, the island attracts more than 3000 visitors per day during the summer. Spend the day swimming and snorkeling in the turquoise waters or sunbathing, and quickly all your troubles will melt away. 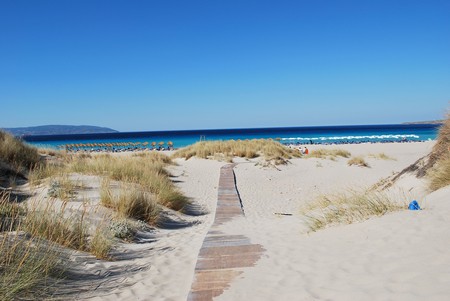 Peloponnese is home to a series of archaeological sites worth visiting, including Olympia, where the ancient Olympic Games were held in classical times, Mycenae, home to the Mycenaean civilization and of mythical King Agamemnon, located in the Argolid plain, or even ancient city-state of Messene, near Kalamata. An often forgotten sight is the Temple of Apollo Epikourios, a beautiful temple hidden high in the mountains of Arcadia.

Without any doubt, Epidaurus is probably the highlight of the ancient sites to visit in Peloponnese, and this is why it gets its own section. The ancient theater of Epidaurus, part of sanctuary dedicated to god Asklepios, was constructed in the 4th century BC. Despite the millennia, the amphitheater has an excellent acoustics, which is still in use today. You may not have the chance to watch a summer performance during the Athens & Epidaurus Festival, but a visit inside the theater is still impressive.

Less than 50 kilometres (31 miles) away from Epidaurus lies a beautiful gem called Nafplio. The waterfront city, which used to be the country’s capital from 1823 to 1834, is simply romantic and well worth a visit. Boasting Venetian and Ottoman architecture, the spectacular Palamidi citadel and beautiful neoclassical mansions, the historic center is perfect for strolls, while the nearby beaches make it a perfect retreat when you are in need of bit of urban flair when you are summering nearby.

With its fair share of rugged mountains, dense forests, and verdant valleys covered in olive groves, the Peloponnese is a real haven for the lovers of nature. The region offers beautiful landscape variations which you can admire by following the Menalon trail, a hiking route that covers 75 kilometres (47 miles) in Arcadia. This is your occasion to admire green forests, discover traditional mountain villages, and stumble upon old ruins. 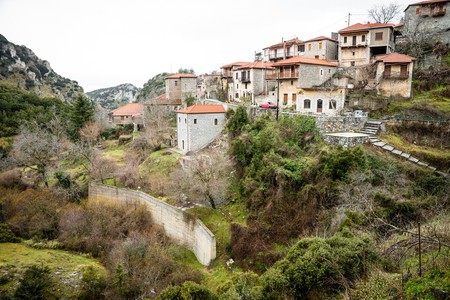 With an extensive coastline, the Peloponnese is right up with the islands in terms of beaches. Indeed, the region boasts some spectacular gems such as Voidokilia, in Messinia, the sandy stretch of beach in Kaiafas, Gialova beach in Navarino Bay, the beach of Plytra or the hidden Vlychadia beach, near Kyparissi. All of these are worth visiting. And for that, you may consider doing a road trip around the Peloponnese.

Although these are not technically part of the Peloponnese, they are so close that you can do a day trip to Hydra or Spetses when in Peloponnese. And what about the discreet Kythira? This unassuming island is a lush paradise of vegetation, rivers and waterfalls, with its fair share of beaches and small traditional villages. Plan a few days if possible, as it will be hard to leave the island after just one day.

An interesting way to get more acquainted with Peloponnese is by doing a small wine tour while you’re there. Indeed, the region is one of the oldest wine-producing area in the country and in the world, with an early reference to the wine tradition of the region dating back to Homer who called the region, Ampeloessa, which meant “full of vines.” 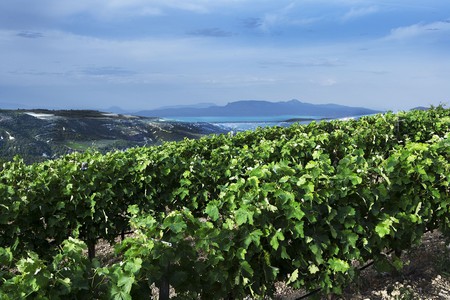 View of Semeli vineyard in Nemea, Peloponnese | © Semeli Winery
Give us feedback