10 Of The Most Amazing Ancient Sites In Greece

Greece is the setting for an outpouring of ancient history like nowhere else in Europe, where the famous myths seem to come alive. From soaring fortresses on the hills of Corinth to crumbling icons above the Athenian skyline, we take a look at some of the must-see spots for history buffs. 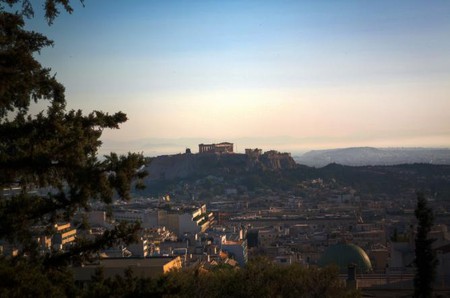 High on top of a hill overlooking Athens stands the proud remnants of four of the most well-known ruins preserved from the ancient world. The iconic Parthenon, Propylaia, Erechtheion and the temple of Athena Nike make up the Acropolis of ancient Athens. The word ‘Acropolis’ refers to the highest point of the city, explaining why visitors to these impressive structures must first ascend a slope up a steep bluff. After passing through the Propylaia, or gateway, guests can walk the hilltop and enjoy the great marble facades that have stood here for over two thousand years. 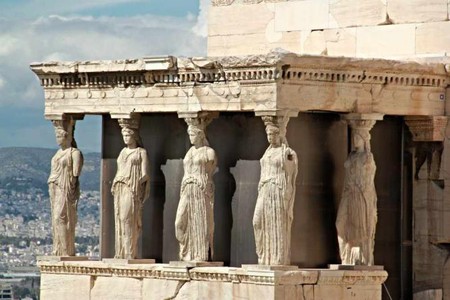 Dive into one of the most wondrous ancient places in the world, where heaven and earth once met. Delphi was known as the prime place of worship for Apollo, the Greek god of the sun, as well as a place of worship for many other gods and goddesses. It was also the location where the oracle of Delphi was filled with the spirit of Apollo and asked for guidance. Today, numerous ruins from the city remain, including The Temple of Apollo, treasuries, the theater and athletic structures, which are all impressive remnants of the past; the gymnasium and stadium recalls the large athletic Pythian Games, when competitors gathered from all over Greece to compete. 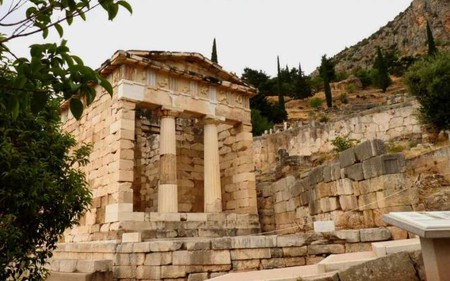 The ancient city of Corinth is located on a narrow stretch of land joining the mainland of Greece and the Peloponnese. Before being sacked by the Romans in 146 BC, the city was one of Greece’s major establishments, flourishing with commerce resulting from its tactical location. Under the Romans, the city continued to prosper, which explains why the most interesting ruins to view here are of Roman build. When visiting, check out the Temple of Aphrodite, the Temple of Apollo and the Roman forum. There is also a sacred spring with a secret passage nearby, leading to a small shrine. 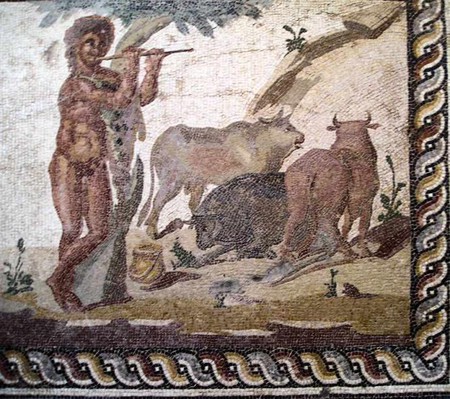 Known for the masterful acoustics of the well-preserved theater, Epidarus was a small city blessed with a mild climate, fertile land and several natural springs. Within the city stood the Temple of Asclepius, a god famed for having extraordinary powers of healing. Consequently, pilgrims traveled to Epidarus from all over, bringing dedications that funded numerous art and construction projects. Because of the excellent condition of the theater, it is perhaps the favorite structure to visit while at Epidarus. The perfect acoustics allow guests to hear clearly from anywhere in the stands, which makes the ruin a fascinating place to visit. Today, the theater at Epidarus is still used for live music concerts and performances during the summer. 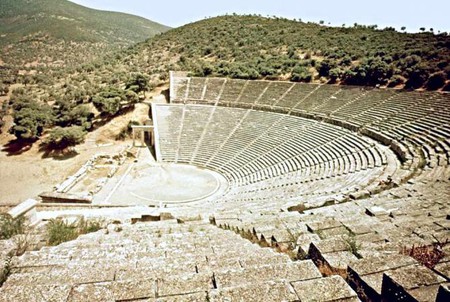 The capital of Minoan Crete, Knossos reveals the ruins of a beautiful and expansive palace that is supposedly the same location of the fabled labyrinth from the myth of Theseus and the Minotaur. The site boasts oodles of intricate murals and art works, and visitors to this thousand-year-old-spot will be amazed at the sight of the Royal Chambers, porticoes and irrigation drains that are just a few interesting discoveries of the ancient world of this Grecian isle. 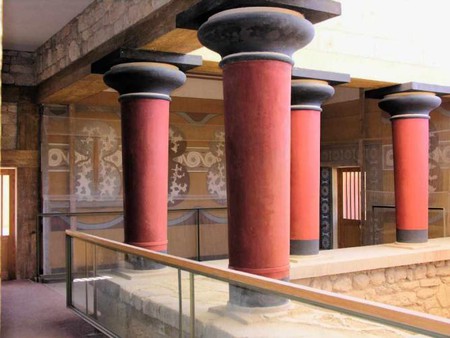 Perhaps one of the most important and awe-inspiring sites of ancient Greece, the ancient city of Mycenae was the home of Agamemnon, the king who united the Greek city states and proceeded to demolish the city of Troy. During the Bronze Age, Mycenae dominated the culture of the area, a not surprising reality when considering with the impressive structures that remain today. The world famous Lions’ Gate still stands, constructed from large stones stacked upon one another. In addition, the site features the great cylindrical-shaped tomb that is often considered to be the burial place of Agamemnon’s father, Atreus. 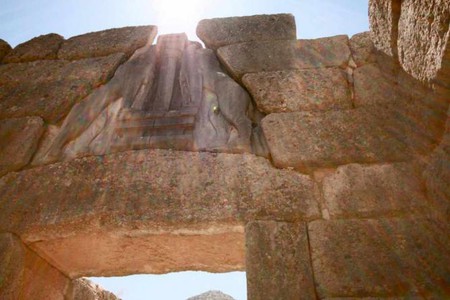 A sanctuary dedicated to the worship of Zeus, the king of the gods, Olympia was the location of the Pan-Hellenic Games, held every four years. Today, these games are considered the first Olympics, a consideration that has made the site quite popular. Within the Temple of Zeus was housed a jaw-dropping statue of the deity that stood an impressive 12 meters tall and was thought of as one of the Seven Wonders of the Ancient World. The site contains a myriad of ruins, including the thermai, or ancient baths, various temples, the Heroon or monument of the unknown hero, and many more. 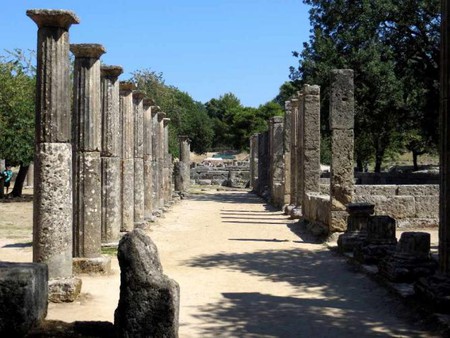 The ancient city of Aigai, near Vergina, Greece, was known as the first capital of the Macedonian Kingdom. Notably, this is an incredibly large burial site, featuring more than 300 tombs. These tombs are structures lavishly decorated and standing above ground. Aigai is also known as the city where Alexander the Great, the conqueror of much of the Mediterranean and Asia Minor, was proclaimed king. Today, Aigai, which comes from the Greek word for goats, is known as the burial site of the Macedonian King Philip II, too. 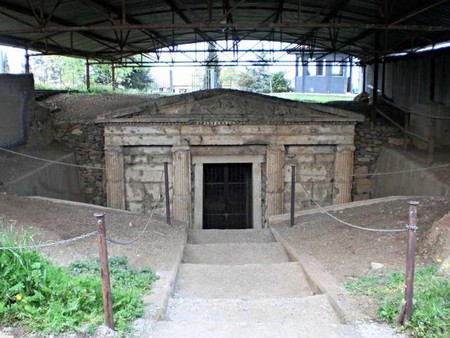 As the great rival of Athens in ancient Greece, Sparta prided itself on the iron-hearted warrior culture that remained the backbone of their civilization. The archaeological site of Sparta today is more widespread and scattered than many of the ancient cities of Greece. As this is also the fabled home of Menelaus, the brother of Agamemnon, one of the more well-preserved and studied ruins is called the Menelaion. Despite its sparse culture as far as art and impressive buildings go, the Spartan ruins still have an acropolis and city which includes a theater. 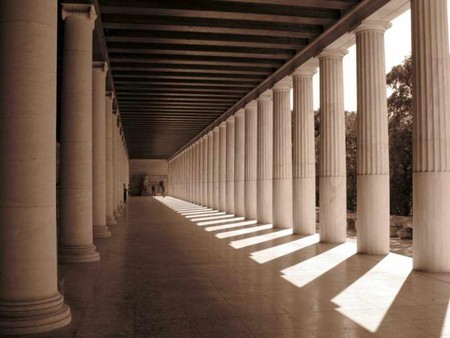 Back in Athens, arguably the second-most famous archaeological site in Greece is the ancient Agora, located just below the Acropolis. In Greek, the word ‘agora’ refers to a gathering or market place, which is basically what this collection of ruins represents. Since it is located in the center of the city, the Agora remained in use for nearly 5,000 years, undergoing many new construction projects and demolitions. Now, archaeologists work to explore the site in reference to ancient Athens and visitors can enjoy the rebuilt Stoa of Attalos, a long colonnaded building that extends along the edge of the site, and learn about the well-preserved Temple of Hephaestus.