EUROPE
/
GERMANY
/
LEIPZIG
/
Things to Do

The Best Things to See and Do in Leipzig 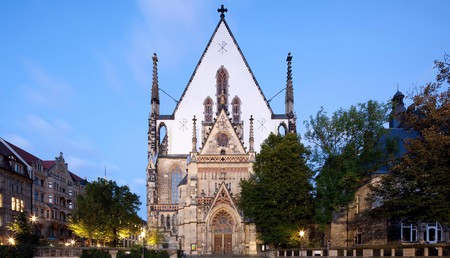 St Thomas Church is one of the most beautiful, historic buildings in Leipzig | © imageBROKER / Alamy Stock Photo

Berlin, Cologne and Munich may draw more crowds, but there are plenty of hidden gems to discover in Leipzig – one of Germany’s most liveable cities. Nicknamed ‘Hypezig’ due its great nightlife, plus a thriving art and music scene, it’s also easy on the eye with its beautiful old buildings, three rivers and many bridges. Follow the footsteps of Johann Sebastian Bach at St Thomas Church, ponder art in the Museum der bildenden Künste and dance to techno in the infamous Distillery nightclub – here’s our round up of the best places to spend your time while in the city. 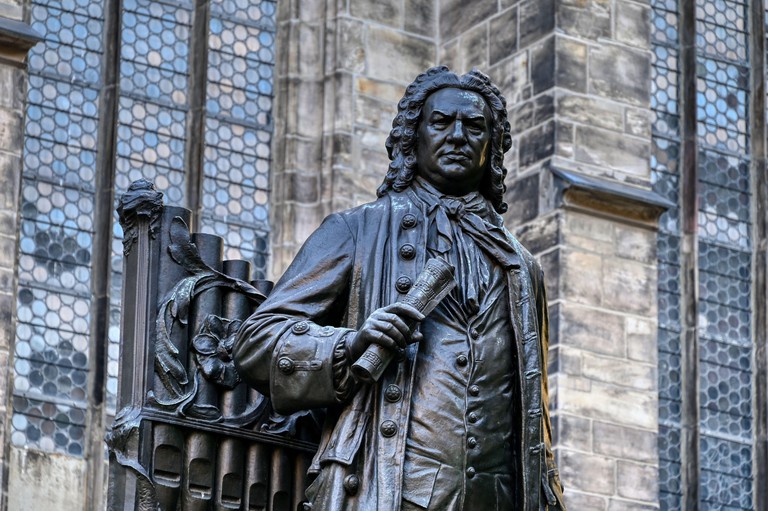 © Marcus Friedrich / Alamy Stock Photo
With Johann Sebastian Bach as its choirmaster for 27 years, it’s easy to see why St Thomas Church has a special place in Leipzig’s history. The 600-year-old gothic church now serves as the composer’s final resting place, but it’s also home to the celebrated St Thomas Choir – you can catch performances on Fridays and Saturdays. Other famous figures have frequented its walls – see where Martin Luther gave sermons and Mozart played the church organ.

Catch a show at Oper Leipzig 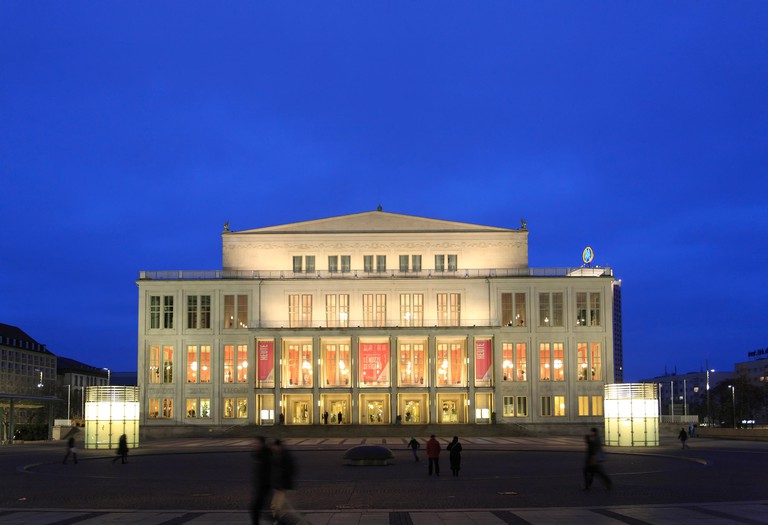 © ALLTRAVEL / Alamy Stock Photo
Leipzig has a rich history of musical theatre. The opera house, on the Augustusplatz, is home to opera, musical comedy and the Leipzig ballet company. Try and grab a ticket for a performance by the renowned Gewandhaus Orchestra, you’ll soon see why – they are highly regarded on the world stage. If it’s the impressive 1960s building itself that draws your eye, then the guided tour is well worth your time.

Party ‘til the early hours at Distillery

Distillery
Facebook
Email
Twitter
Pinterest
Copy link
Share
Map View
Affectionately known as the ‘Tille’, the Distillery nightclub, on the bustling Kurt-Eisner Strasse, is the oldest and one of the most influential techno clubs in Germany. But don’t worry if techno isn’t your scene – there are two floors pumping out everything from reggae and soul to house and drum ‘n’ bass in various corners. Plus, there are frequent live acts with previous sets from Ellen Allien and Carl Craig – book tickets early. 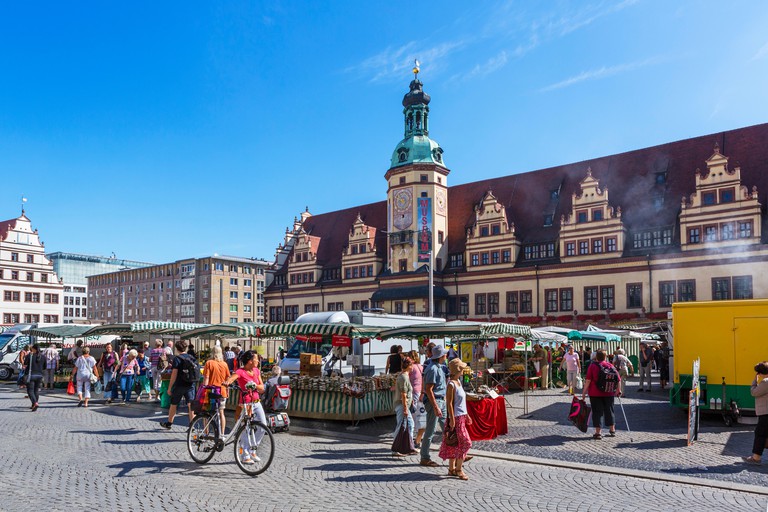 © Ian Dagnall / Alamy Stock Photo
You’ll undoubtedly pass through Leipzig Market Square. It’s enormous and surrounded by a hodge-podge of traditional German architecture and glistening steel-and-glass buildings. The old city hall is particularly impressive with its mint domed clock tower, dating back to the 16th century. Snap a photo before sidling off to Café Bigoti around the corner for one of the best coffees in town.

Marvel at the Monument to the Battle of the Nations 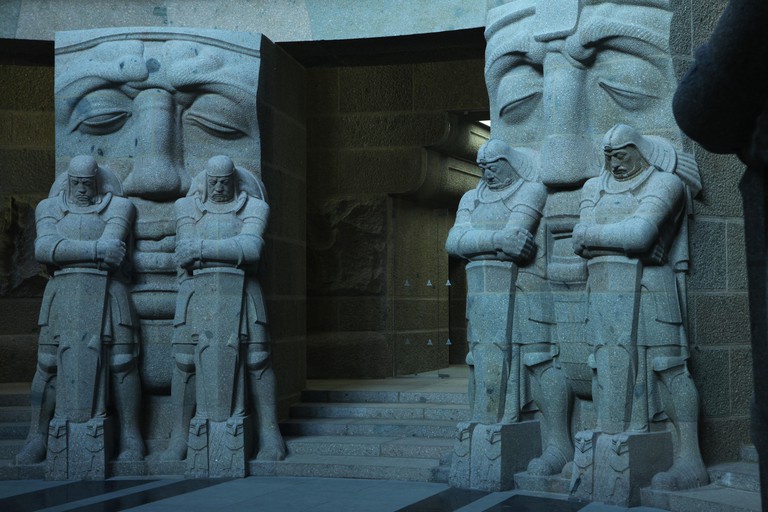 Leipzig’s Monument to the Battle of the Nations was erected in 1913, in celebration of 100 years since Napoleon’s defeat and retreat from Germany. Standing at 91m tall, you can climb 500 stairs to the top where a splendid view of the city awaits. Inside, there is also an abundance of historical information regarding the 1813 battle that finally excised Napoleon from the city. Hitler himself was known to frequent the towering structure, and he even housed his meetings in the city here. It was one of the final strongholds in the city left when the Allies captured Leipzig at the end of the war. 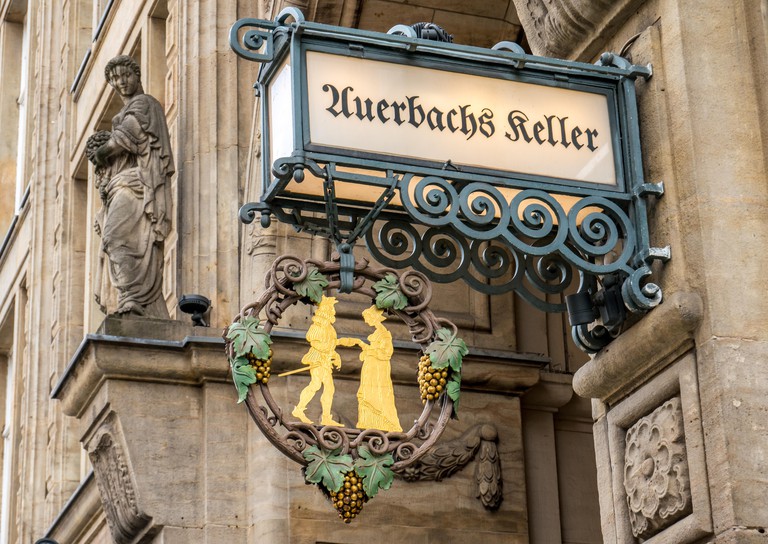 © Animaflora PicsStock / Alamy Stock Photo
Bach and Martin Luther weren’t the only German historical figures with important connections to Leipzig. Goethe – often regarded as Germany’s Shakespeare – also spent time in the city, as he studied at Leipzig University. Goethe loved to eat and drink at Auerbach’s Cellar, which also happens to be the second oldest restaurant in the city. The wine bar has existed since 1438, making this is an excellent spot to enjoy a drink whilst steeped in the city’s rich history. Despite the fact that this place airs on the touristy side of things, the atmosphere is cosy, and the food is still quite good. 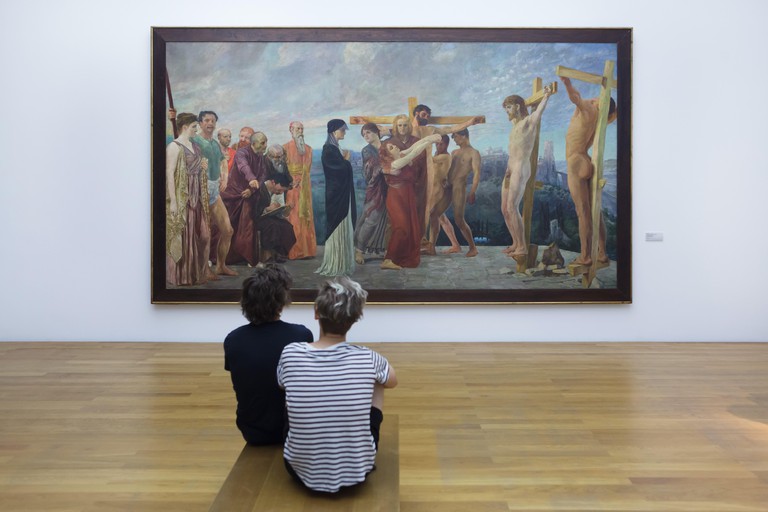 © Vladimir Pomortzeff / Alamy Stock Photo
Often regarded as an up-and-coming city with an emerging arts scene, no trip to Leipzig would be complete without a look around its art galleries. Swing by Leipzig’s museum of fine arts, Museum der Bildenden Künste. The vast glass building itself is worth marvelling at. Inside, it holds a large collection of paintings, ranging from the 15th century to the present, with notable works by Monet and Munch. 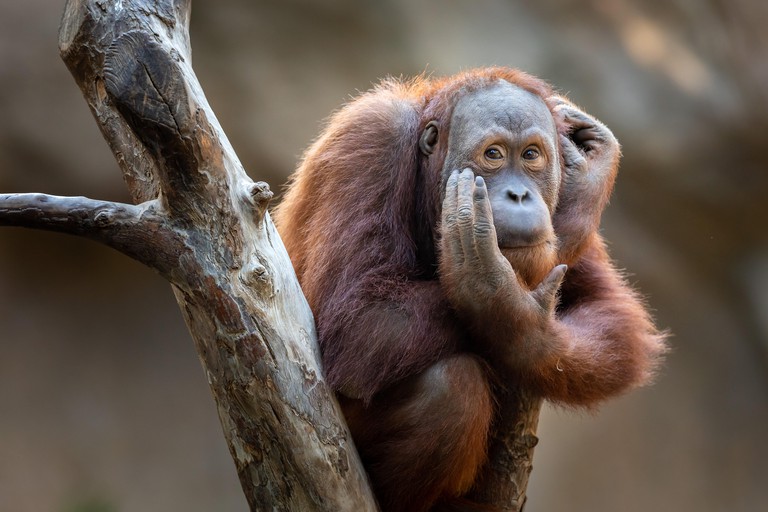 © dpa picture alliance / Alamy Stock Photo
Book Now
Take a break from the urban landscape and pop into Leipzig Zoo. Spanning across 27ha of land, it’s home to over 850 different species – hailing from Africa, South America and Asia. Notably, Pongoland is a real highlight where a multitude of different primates live, including chimpanzees, bonobos, gorillas, orangutans, and more. Explore the world’s largest indoor rainforest atrium – a great place to hang out when it rains. Bonus for English speakers: nearly every plaque is translated.