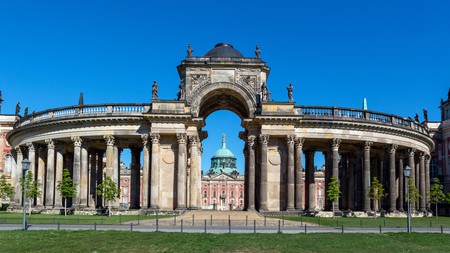 Find yourself a characterful place to stay in Potsdam, a historic city rich in greenery, studded with palaces like the impressive Sanssouci and brimming with old-world grandeur, just southwest of Berlin, Germany.

Like a glamorous elder sister on the border of punky Berlin, Potsdam is a 1,000-year-old city of summer palaces and boating lakes, with Unesco World Heritage Site written all over it (literally). Travellers come for its royal residences and grounds, spectacular views of Potsdam’s Brandenburg Gate (not to be confused with the one in Berlin), as well as the city’s sizeable Dutch Quarter and still-pervasive air of old-world glamour – which is now updated for 21st-century living with well-appointed, authentic hotels, bookable on Culture Trip. 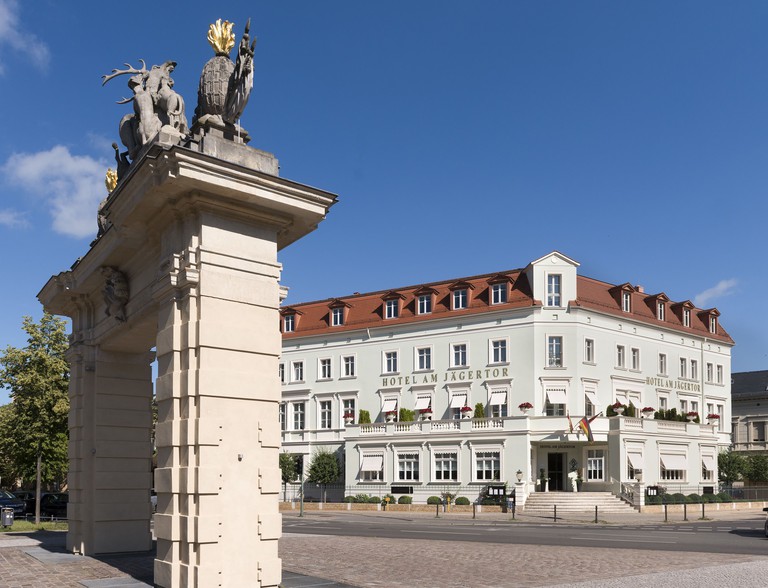 Named after the city gate it sits opposite (Jägertor, or “hunter’s gate”), this smart address was originally a suitably dignified soldiers’ retirement home, though even before World War II it had reinvented itself as a guest house. A quick cab ride from the main train station, this hotel packs a punch of smooth, old-fashioned glamour. Once you’re checked in, the building reveals its surprise highlight: a romantic courtyard garden, complete with terrace bar. 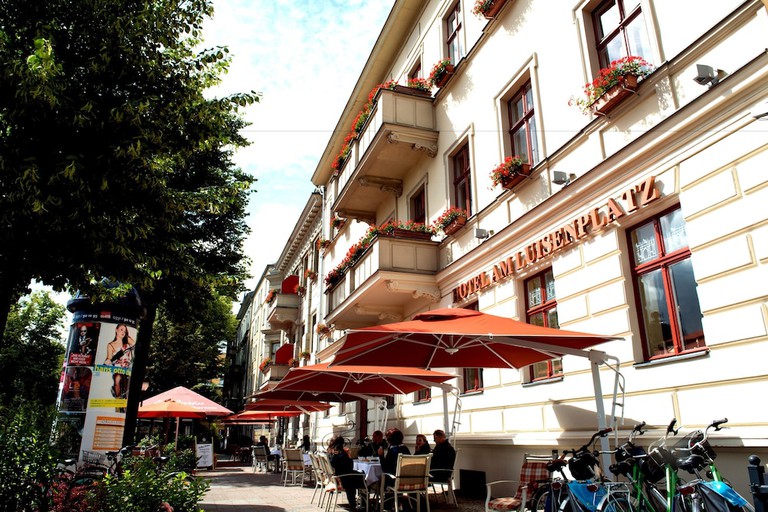 This boutique gets its edge over nearby competitors thanks to its range of accommodation options, from an atmospheric suite for one, to an apartment that can sleep up to four people plus pets. Wood-wall panelling, dainty side tables and weighty drapes set the scene in rooms with “wow” views of the city’s own Brandenburg Gate (or the hotel garden). And even by the plentiful standards of a German hotel breakfast, the generous morning buffet is a good one. 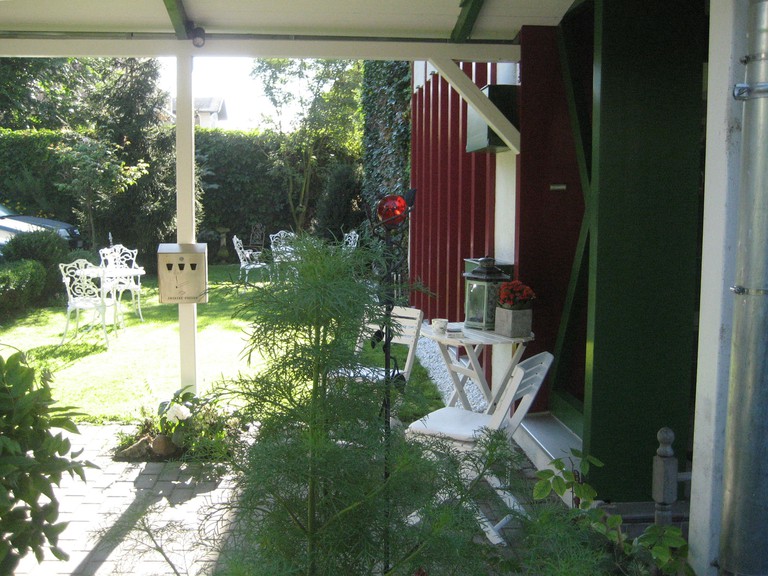 A sumptuous stay on the edge of Sanssouci gardens – once the grounds of the summer palace of Frederick the Great, King of Prussia – this place ticks a lot of boxes for anyone in Potsdam for its scenic gardens and historic palaces. Take the opportunity to explore the extraordinary Chinese teahouse: an ornate, gilded structure which the King ordered be built within the grounds. As a hotel guest here, you are in easy reach of the Neues Palais (New Palace) and Charlottenhof as well. 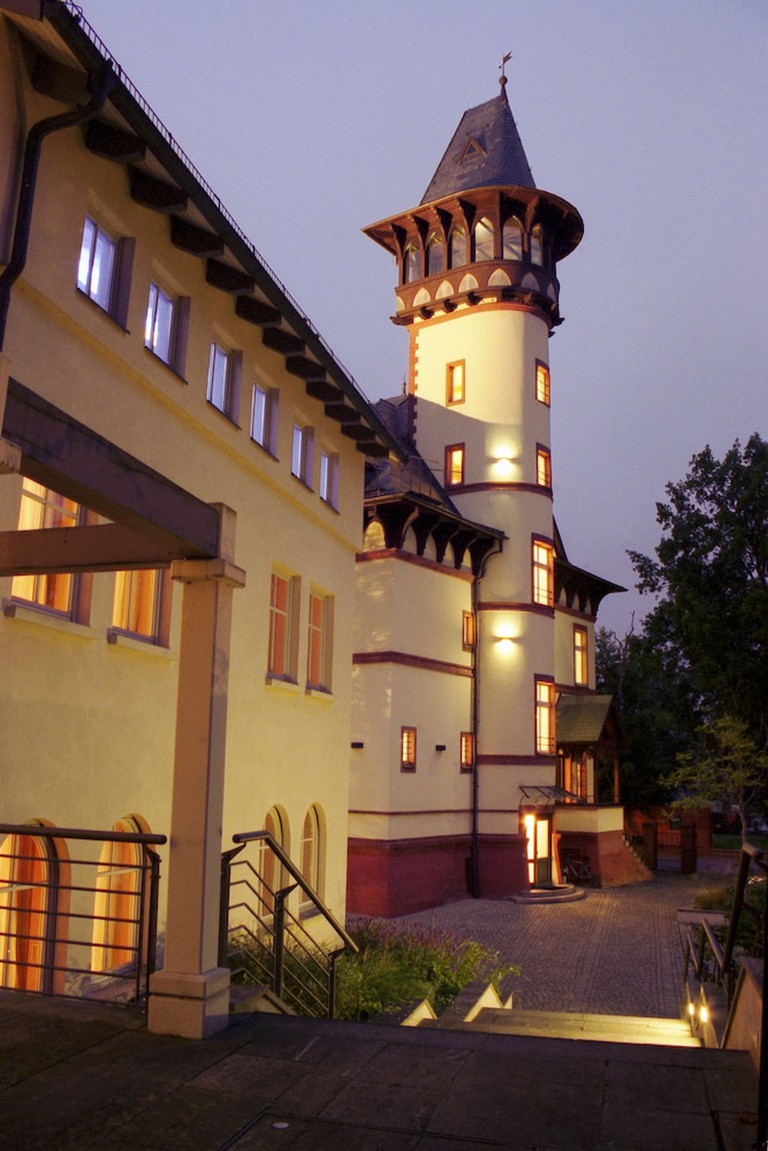 Most of Potsdam’s sights are within walking distance of this four-star hotel, which occupies a traditional 19th-century tower villa and is within a few minutes’ walk of the city’s Luisenplatz square, boulevard and Dutch Quarter. Rooms are light-flooded, with a homey hospitality vibe that’s on the right side of chintz. A bike and e-bike hire system for guests makes it a cinch to explore the supremely scenic city’s parks and lakes. 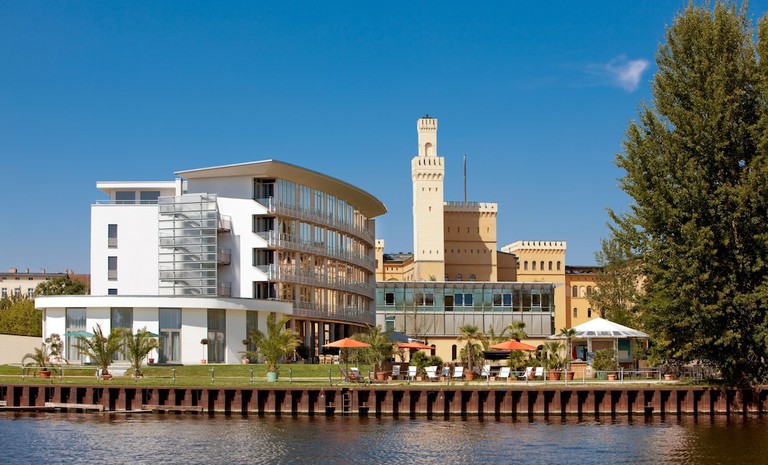 Serving up a more contemporary feel to its interiors than your average Potsdam bolthole – and on a larger scale, too – this characterful, 123-room hotel occupies a curving facade on the edge of the Havel River. It makes full use of its location, with direct jetty access and a beach bar, while its meeting and conference rooms are styled to appeal more to start-ups than stiff suits. 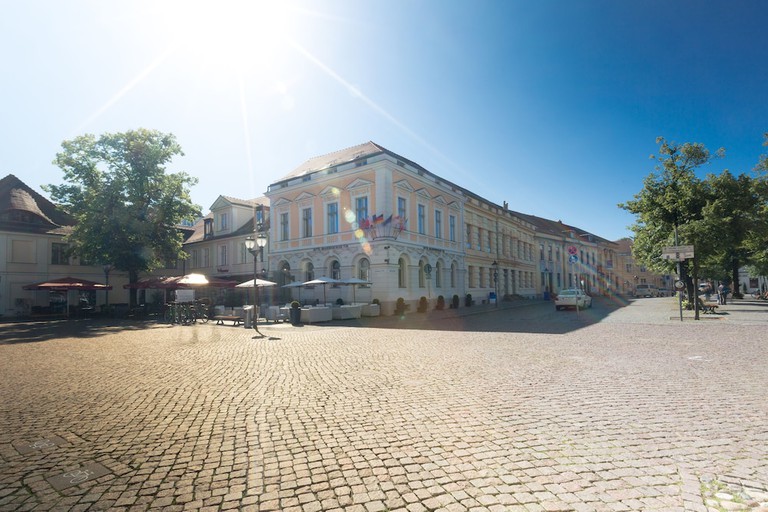 This well-appointed boutique sits in the sweet spot between a leisure stay and business trip with benefits, thanks to its suntrap roof terrace and downstairs bar (open 24 hours) decked out in glossy dark-wood furnishings and red velvet armchairs. The bookable meeting rooms, should you need them, include a bright and airy contemporary loft space. At the day’s end, savour some lava stone-grilled steak at the in-house restaurant, Restaurant Matador. 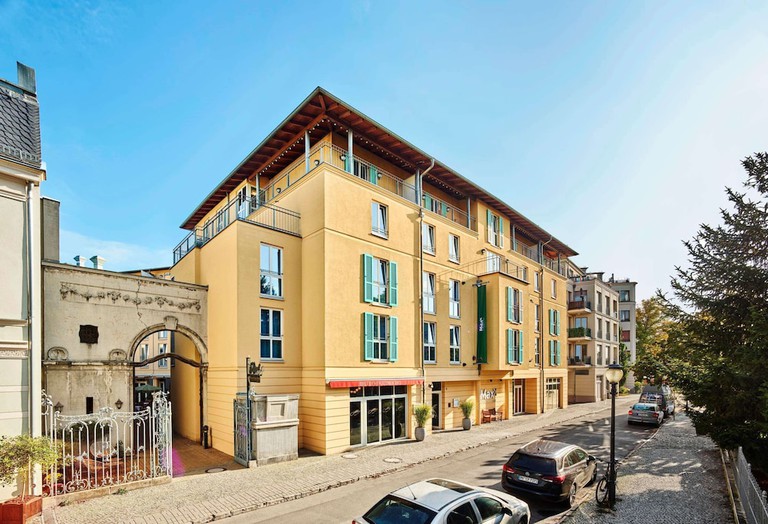 This lively, design-led hotel is one of three in Germany under the MAXX by Steigenberger umbrella. Expect statement furnishings rather than overly self-conscious styling, all set in verdant grounds not far from the Sanssouci palace and main sights of Potsdam. Nearby attractions include the Filmpark Babelsberg, a somewhat unusual cinema-centric theme park – even if that’s not your bag, head out as much as you can, as you get free tickets for the city’s public transport included in your room rate. 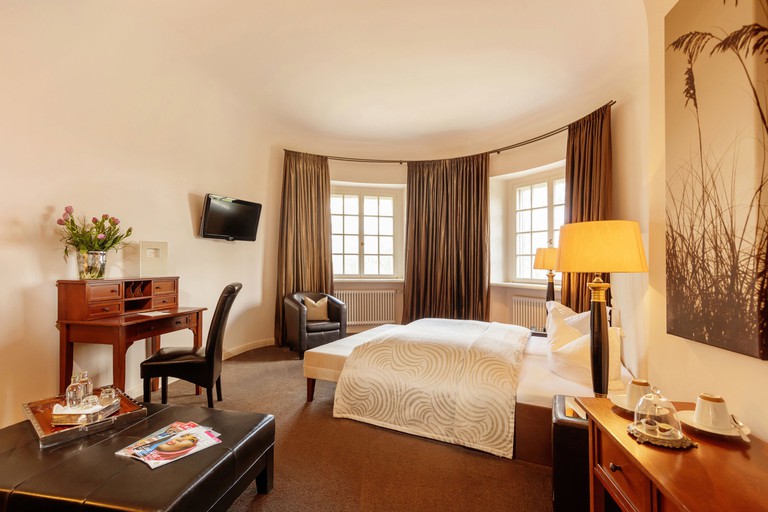 An actual castle refurbished as a plush hotel, with a sizeable spa…what’s not to like? This Potsdam institution is locally popular as a suitably romantic wedding venue. There’s a fine dining restaurant on site, with an in-house sommelier to help you navigate its offer of German and international wines. But book early: it has just nine double rooms and a handful of larger suites. 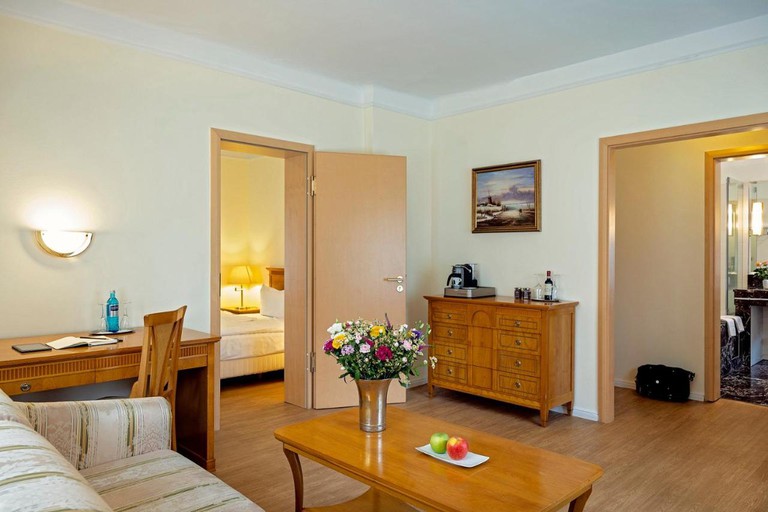 Only 30 minutes from Berlin and close to the heart of Potsdam is this cute hotel, set in thick greenery in an area of managed forest close to the New Palace, which makes it feel pleasantly remote. A Michelin-star restaurant (the first in the city to achieve the accolade) and huge spa and wellness centre are at the core of this property’s appeal, with all the benefits of a retreat and no lengthy trek to get there.

This is an updated version of an article originally by Alice Dundon.