7 Foods You Need to Try When You're in Münster, Germany 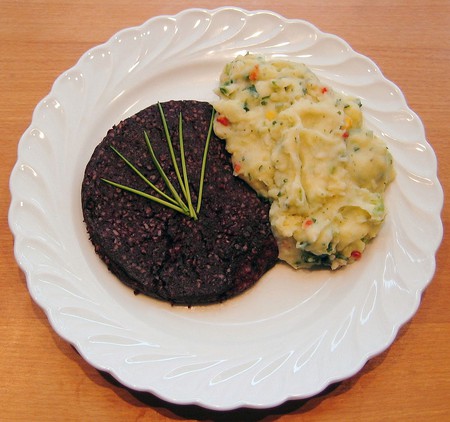 The so-called Münsterland region isn’t exactly known for its culinary finesse but rather for substantial meals which have been set items on the menus of traditional restaurants and in homes for decades or even centuries. Visitors may raise their eyebrows in disbelief, disgust even, at some of the items of our list, but it’s generally worth diving right into a culinary adventure. So go on, try the somewhat bizarre-sounding creations of Münster’s eateries.

This traditional dish is rooted in the 14th century and is still found on many menus of traditional restaurants across the region. The beef is first browned in lard and then slowly cooked at a lower temperature alongside onions, bay leaves and cloves until the meat almost falls apart – like the pulled pork craze that has swept across Europe these past few years. The Pfefferpotthast is seasoned with plenty of pepper, capers and a splash or freshly squeezed lemon juice and most importantly: the gravy is thickened with bread crumbs rather than wheat flour. 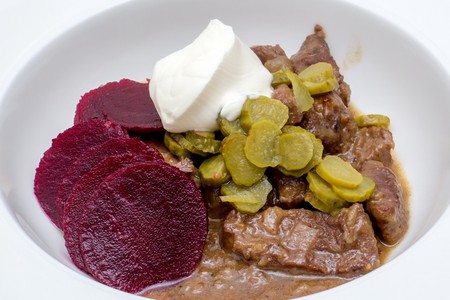 It’s hardly a secret that Germans love beer, so it’s not much of a surprise to find beer as a key ingredient in many traditional recipes across the country, including beer soup. In the Münster region, the soup recipe of milk, egg yolks, sugar, fresh vanilla and beer is heated, then decorated with raisins, sweetened egg white foam and icing sugar – et voilà.

There are several varieties of the Panhas dish, a type of cooked sausage which even gained some sort of popularity status in the US after German emigrants brought the recipe to the North American shores of Pennsylvania in the 1680s. For the approach most commonly encountered in Münster, diced bacon is briefly boiled and then cooked in stock and pig’s blood. The resulting mixture is thickened with buckwheat flour, formed into a patty and pan-fried until done. The blood sausage is then often served with a side of boiled potatoes or mash.

If Münster is associated with one food it has to be pumpernickel. A fine, wholegrain bread with a slightly sweet taste to it. The speciality serves a range of purposes in the regional cuisine – whether it’s a sandwich base, breading for roast beef or as a garnish for desserts. Keep your eyes peeled for Quarkspeise mit Pumpernickel, a delicious sweet indulgence you’ll probably love. Quark cheese is mixed with sugar and cream, topped with morello cherries and sprinkled with briefly roasted and cherry brandy-infused Pumpernickel for the extra crunch.

Since we’re talking dessert, let’s have a look at another popular treat which is often served at festive occasions such as weddings, anniversaries or birthday parties. Herrencreme is a delicious mix of vanilla pudding and whipped cream, topped with dark chocolate shavings and a dash of rum. If in season, it may be garnished with fresh berries. 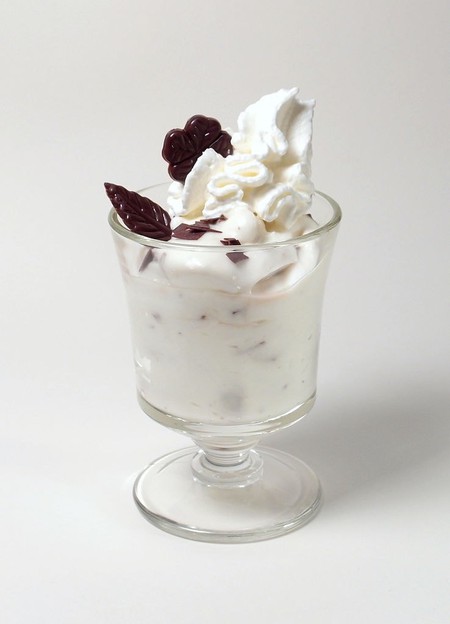 What translates to roast beef with onion sauce is a staple food at many Münster restaurants. The beef is boiled briefly before the mirepoix mix is added and the meat and veggies are left to simmer for an hour or two at low heat. At the same time, the sauce is prepared with braised onions, butter and veggie stock, seasoned for a slightly sweet-and-sour taste and thickened with flour to serve.

Struwen have been around since the 11th century, and even though there used to be served at several occasions throughout the year, they have established themselves as the go-to Good Friday meal in and around Münster. The palm-sized yeast dough pancakes are mixed with raisins, pan-fried, sprinkled with sugar and cinnamon and served with apple or plum compote. 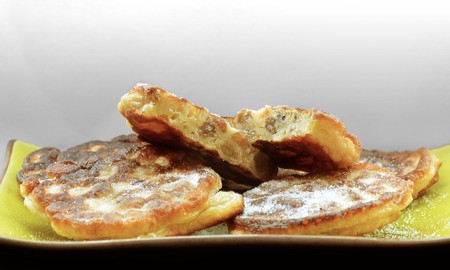 Struwen | © Aka / WikiCommons
Give us feedback