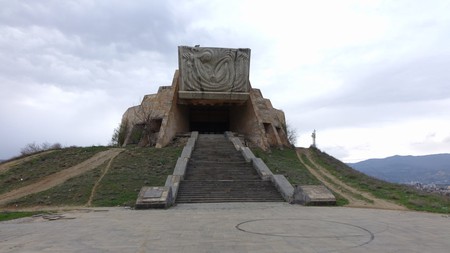 For those who like to chase down the remains of the Soviet era, Tbilisi is a good destination, as it is home to a fair amount of Soviet Modernist architecture. Most of the buildings have been abandoned, destroyed or are standing without purpose, but some have been restored and re-purposed. We’ve found the best Soviet Modernism Architecture sites in Georgia’s capital to help you in your quest.

What is now the Merani shopping center on Rustaveli Avenue, used to be an editorial office for the Russian language newspaper Zaria Vostoka. The building was built between 1926 and 1930 by David Chislev and was an example of Constructivist architecture. The building was turned into the publishing house Merani after the collapse of the Soviet Union. A couple years ago, it became a shopping center under the same name. 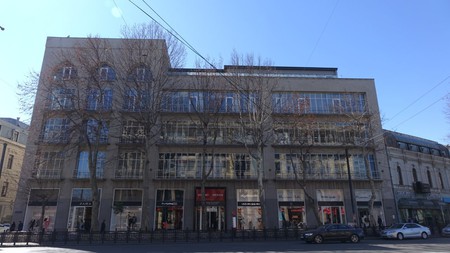 Tbilisi State University’s former Technical Library, constructed in 1985, has long lost its glory and beauty. The building is large and narrow with two big holes carved out of prefabricated cement sections positioned on the ends. The building resembles an accordion or a keyboard with a line of equally spaced and entirely open upright support columns molded like poles. 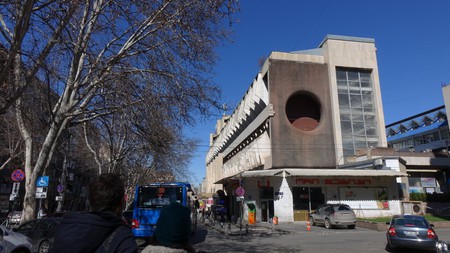 Built between 1961 and 1971, Expo Georgia was the only convention center in the country that hosted trade fairs and various types of conferences and events. The complex still consists of 11 pavilions, a greenhouse, pools and a park. It used to exhibit industrial and agricultural achievements of the Soviet Republic. However, after the fall of the Soviet Union, the expo was privatized and transformed into a joint stock company, but its purpose still remains the same. If you have some time, walk around the park and admire the different sculptures and bas-reliefs of that time. 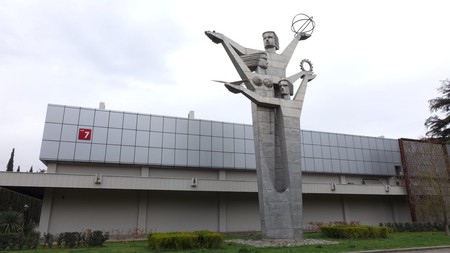 One of the statues at Expo Georgia | © Baia Dzagnidze

The former building of the Ministry of Transportation now houses the headquarters of one of Georgia’s prominent banks, the Bank of Georgia. The building, completed in 1974, is one of the most well-known Soviet masterpieces of the capital, due to its design. The 18-story building, created by Georgian architects, is set on a steep hill and descends from west to east. From various angles, it looks as though its five horizontal structures were placed on top of each other. 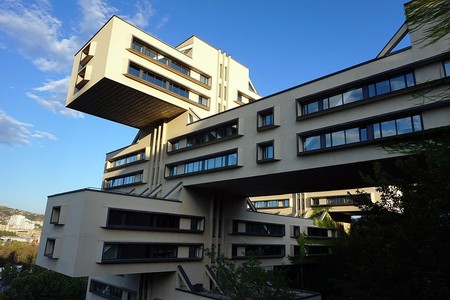 Residing on Tbilisi’s main street, Rustaveli Avenue, the former central post and telegraph building was built in 1980 and has been under construction for almost a decade. In 2016, it was announced that Raddison Blu was planning to open another five-star hotel called Raddison Blu Telegraph in the coming years. Today, there’s a supermarket and a Wendy’s fast food restaurant on the ground floor of the building. 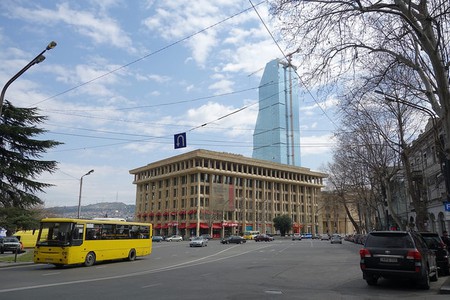 Auditorium of the Industrial Technical College

The auditorium of the Industrial Technical College, constructed in 1976, is one of those buildings that was abandoned and still stands alone, waiting for reconstruction. The auditorium has intricate exterior decorations, drawing the line between modernist and futurist. However, the facade is a bit demolished today, and the former dormitories and classrooms of the college are occupied by displaced persons and refugees of past conflicts of the region. 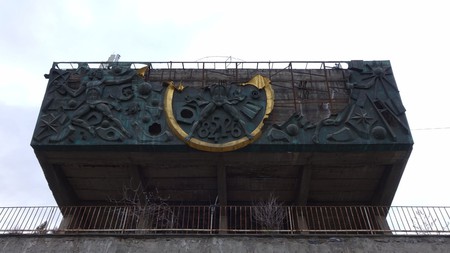 The Place of Weddings

Often called the Ritual Palace, the Place of Weddings was built in 1984 as a wedding venue. Its style was a mixture of 1920s expressionism and medieval Georgian church architecture, which, back in the day, raised critical mixed reviews. Besides wedding ceremonies, the building hosted Margaret Thatcher during her 1987 visit, and the lead singer Ian Gillan of Deep Purple renewed his vows with his wife in 1990. The Palace was purchased by oligarch Badri Patarkatsishvili in 2002 as his personal residence, but after his death, the building was leased to a private event company in 2013. The current company organizes fundraisers, weddings and corporate events. 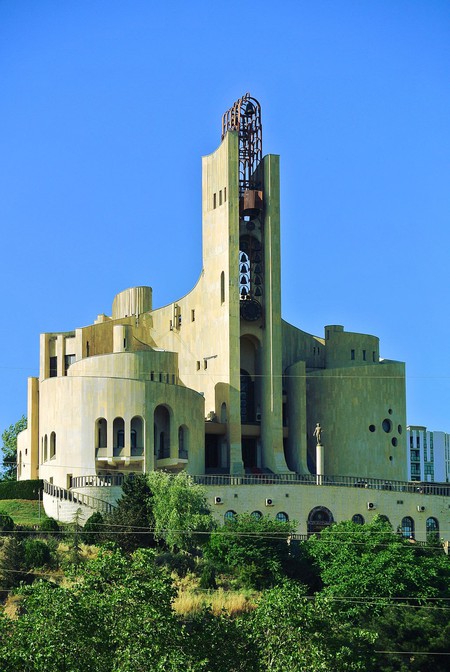 The Palace for Weddings in Tbilisi | © Zviad Avaliani / WikiCommons

Completed in 1988 by two Georgian architects, the Archaeology Museum is easily accessible from the main road and down a dirt path. Its perfectly symmetrical construction is adorned with a big square sculpture depicting an abstract Soviet bas-relief. Georgian typography etched underneath reads ‘Archaeology’. You can visit one of the old exhibition halls, where you’ll see museum tables, shelves and old displays that have long since begun to crumble and rot away.

Originally named Leninist Komsomol, this complex was opened in 1978 and was the first aquatic sports center in the Caucasus region. It featured international standards with no analogous in the former USSR countries. This former Central Aquatic Sports Center was later renamed as Laguna Vere.

The complex functioned for a long time after the collapse of the Soviet Union, but today, it’s listed as another abandoned place in the country waiting for reconstruction. The complex includes a press building, 5,500 spectator tribunes and three pools of different sizes.

Tbilisi Sports Palace, an indoor sports arena, still hosts handball, basketball, judo, boxing, tennis and other tournaments. Occasionally, it also hosts concerts of both local and international artists. Constructed in 1961, the complex was used for basketball matches for the local team Dinamo Tbilisi. It is still considered to be the largest sports arena for basketball games in all of the ex-Soviet states. 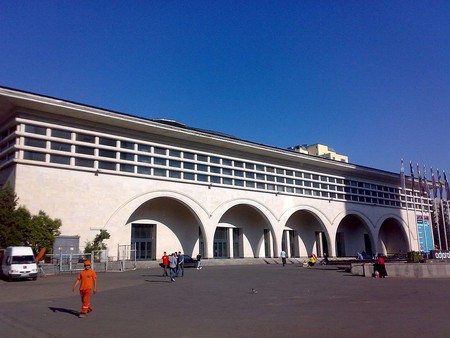 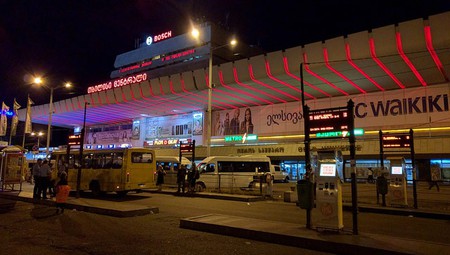