The Most Beautiful Parks in Tbilisi 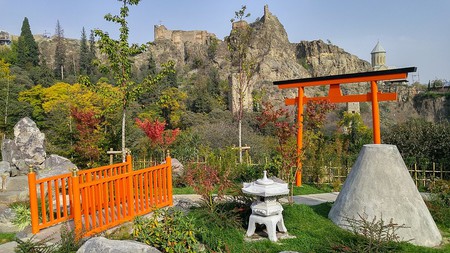 Tbilisi is home to many small or large parks in which to relax, escape the summer heat, or just walk around in nature. These green spaces are scattered throughout the city, making them easy to get to on foot, but some do require public transportation or a taxi ride. So, here are some of the most beautiful recreational areas for you to relax in after a long walk in the city.

Rike Park, located in the Old Town near the Avlabari metro station, lies on the left bank of the Mtkvari River. It is a popular destination for local families living in the neighborhood and tourists who stroll around the area for the sights. It’s easy to access either by the glass pedestrian Peace Bridge from Erekle II Street, descending staircase from Avlabari, cobblestone street of Metekhi Church or via crossing the bridge from Maidan Square. Moreover, if you walked up the steep road to Narikala Fortress, you can take the cable car down to the park. 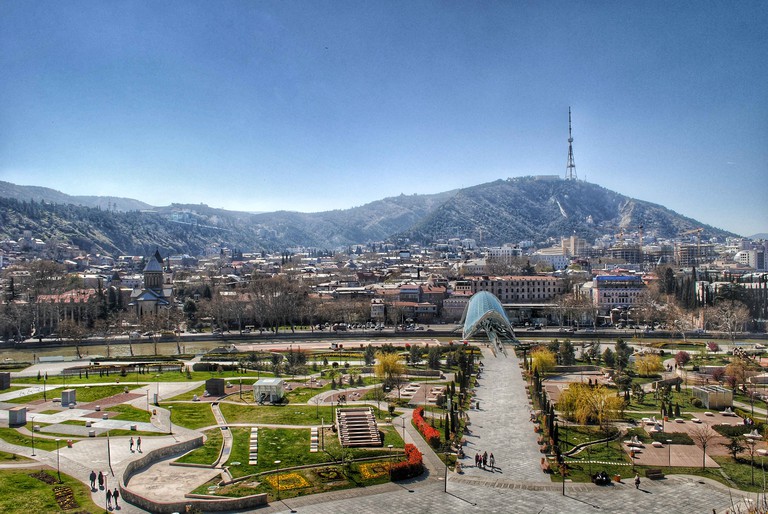 The view of Rike Park from Avlabari district | © Baia Dzagnidze

The National Botanical Garden, occupying 161 hectares of land, owns a collection of at least 4,500 taxonomic groups. The history of the garden crosses more than three centuries. The first mention of the garden was found in French traveler Jean Chardin’s writings in 1671; he called it a “royal garden,” which was most likely founded in 1625. During the Persian invasions in 1795, the garden was destroyed and revived only in the early 19th century. 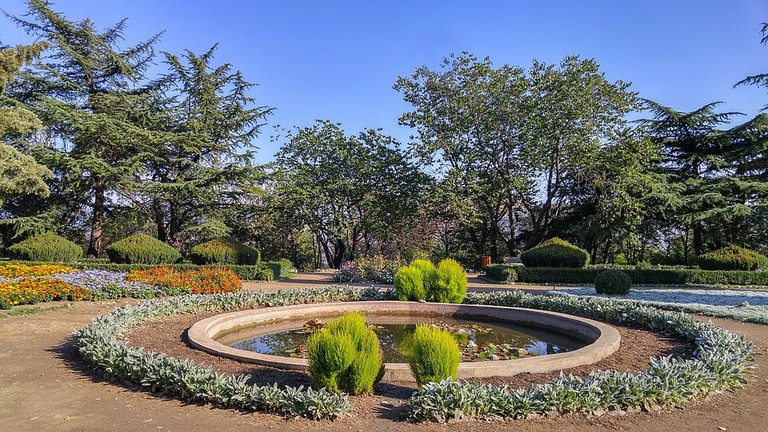 The main entrance to the garden is at the foot of the Narikala Fortress. However, you can also access it via the narrow cobblestone street called Botanikuri.

The garden houses a rich collection of flora from both Georgia and the rest of the world. Besides walking and appreciating nature’s beautiful creations, there are several lovely bridges for you to explore. One of the most notable ones is an arched bridge built on the top of the waterfall in 1914. 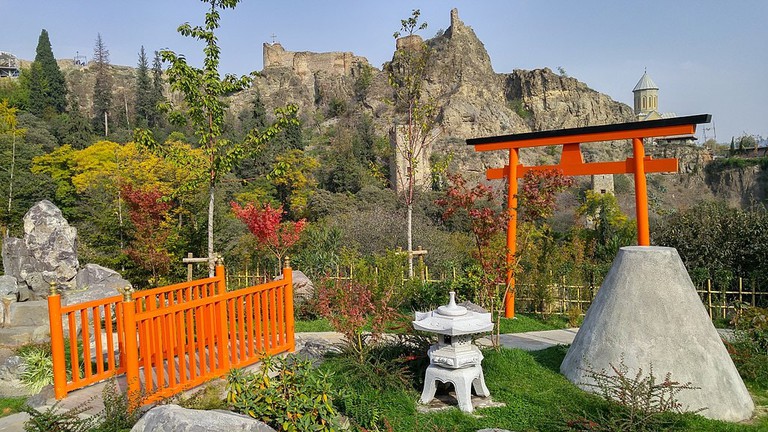 Park
Facebook
Email
Twitter
Pinterest
Copy link
Share
Map View
Located in Vake district, Mziuri Park is one of the lushest and most charming and peaceful recreational spots in Tbilisi. The famous Georgian writer Nodar Dumbadze initiated the construction of the park in 1982 because he wanted to create a small city for children here.

The entrance to the park features the sculptures of his famous characters every Georgian loves and admires. However, the park was abandoned for many years, until the project called New Mziuri started to breathe a new life into it and provide educational and entertaining events to the public.

The old café was reconstructed quite recently, becoming a social café, while the amphitheater and the playground for children were also restored. It’s worth mentioning that the New Mziuri café is the only one that offers a menu in braille for those with visual impairment.
Open In Google Maps
Vake-Saburtalo Tbilisi, Tbilisi, Georgia
Visit Website
Visit Facebook page
Give us feedback

Also in Vake district, Vake Park is the biggest and one of the most charming parks in Tbilisi. The green space occupies 200 hectares of land and features a large fountain in the center, bike lanes, and entertainment attractions for kids.

The park, which opened in 1946, is an excellent example of a Classical Socialist park with a mighty classical entrance and broad stairs leading to the World War II Memorial standing on top of the hill. 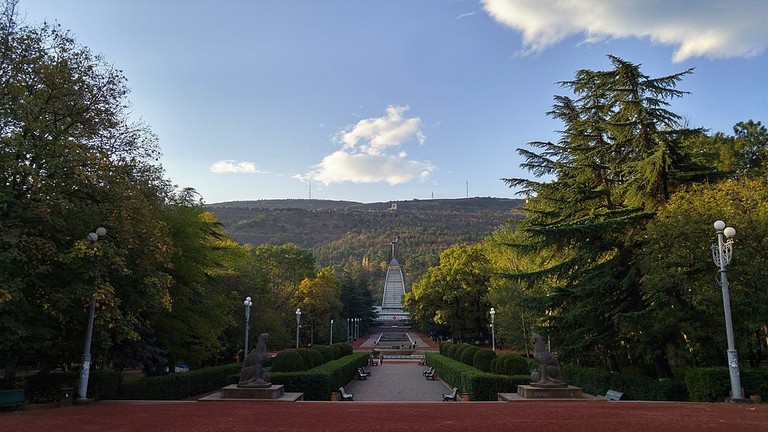 The view of Vake Park from the central entrance | © Mostafameraji / WikiCommons 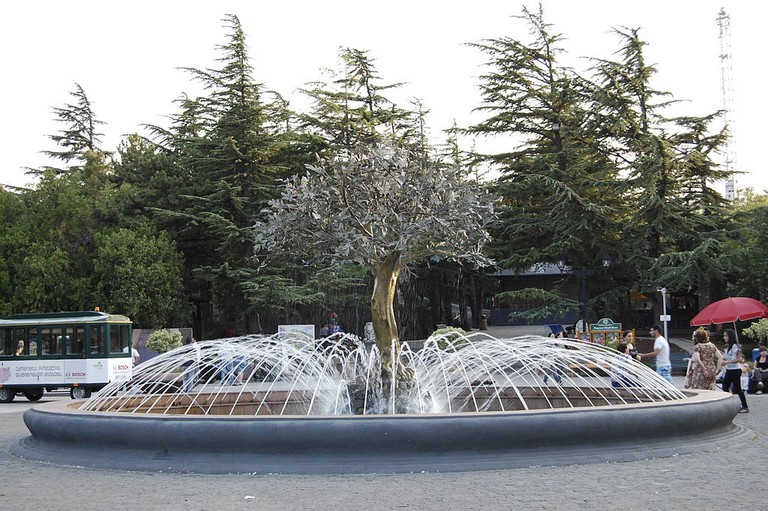 The fountain in Mtatsminda Park | © Andrzej Wójtowicz / WikiCommons
Mtatsminda Park is a favorite decorated park on the top of Mount Mtatsminda, which offers panoramic views of the capital. The park is well known for its entertainment attractions, water slides, a roller coaster, carousels, and a big Ferris wheel with breathtaking vistas of Tbilisi.As the park is on a high mountain, fresh air combined with beautiful greenery creates a pleasant atmosphere and spot to relax.

However, do note that the park isn’t open for 24 hours as the rest of the green spaces in Tbilisi. Thus, the entrance is free, and the park closes at 9 p.m. each day. You can reach the area by taking a taxi or bus, hiking up or riding a funicular railway from Chonkadze Street.
Open In Google Maps
9 ქაქუცა ჩოლოყაშვილის ქუჩა, Dzveli Tbilisi T'bilisi, Tbilisi, Georgia
+995322492323
Visit Website
Give us feedback

Kus Tba, or Turtle Lake in English, is a small lake located on the outskirts of Tbilisi. It’s one of the most famous areas visited by locals during the summer months to escape the evening heat.

You can circle the lake, do some activities on training equipment installed here, or just sit in a café with the view of the lake and enjoy your favorite beverage or meal.

The area is reachable by a taxi or a cable car from Chavchavadze Avenue. If you are determined enough, you can even hike up there, but it’s going to be a long hike on a slope. 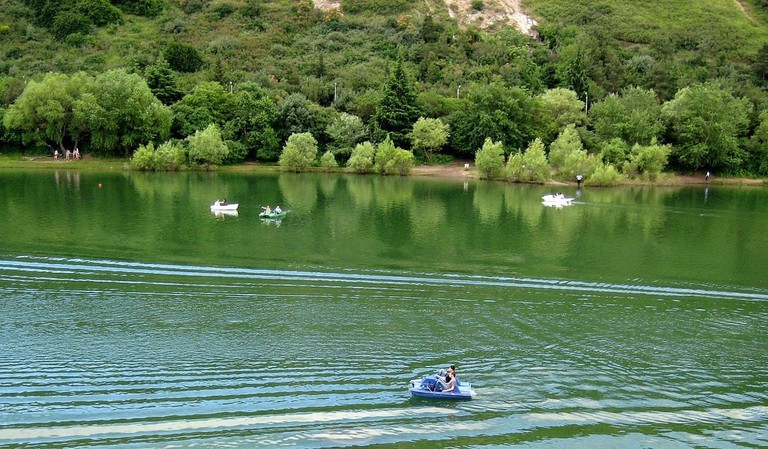 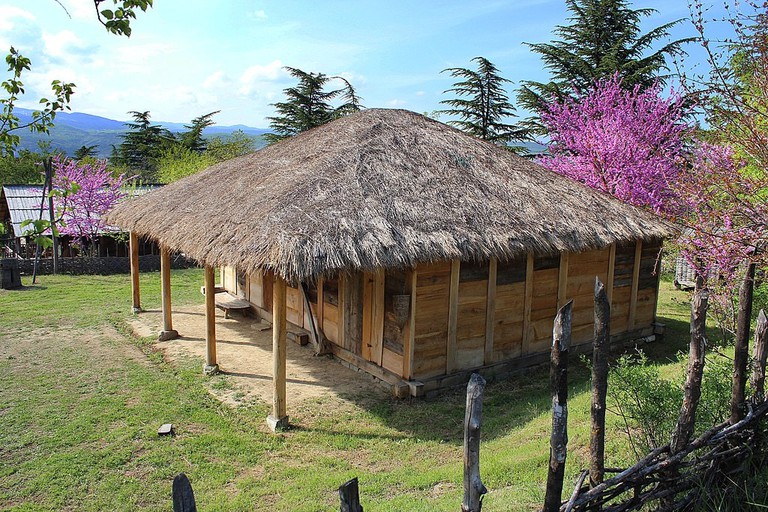 Located on the road towards the Kus Tba, the museum encompasses 14 ethnographic zones and typical houses of the regions of Georgia, each showcasing a representation of a particular historical, ethnographic state in the country.
Open In Google Maps
კუს ტბის ქუჩა, Vake-Saburtalo T'bilisi, Tbilisi, Georgia
+995322729045
Give us feedback

Similar to Kus Tba, Lisi Lake is another popular recreational destination among Tbilisians. Located on the outskirts of Tbilisi, the area is accessible by a taxi. Here, you can ride a bike, jog, exercise, fish, have a picnic, or sit at one of the cafés and enjoy your spare time. 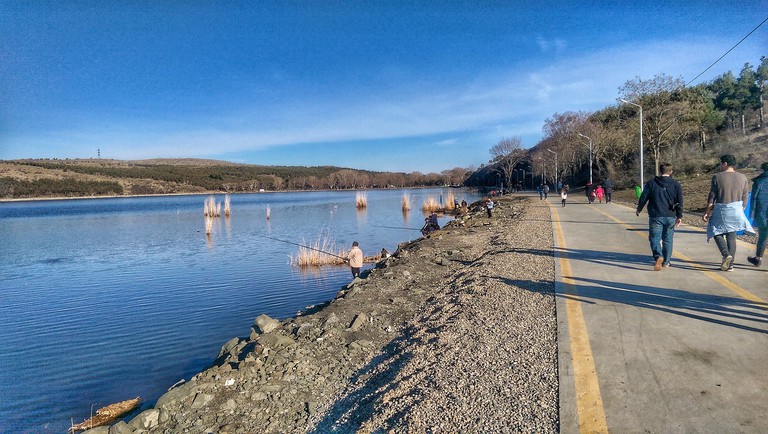 Walking on the shore of the Lisi Lake | © Baia Dzagnidze