The Best Things to See and Do in Guria 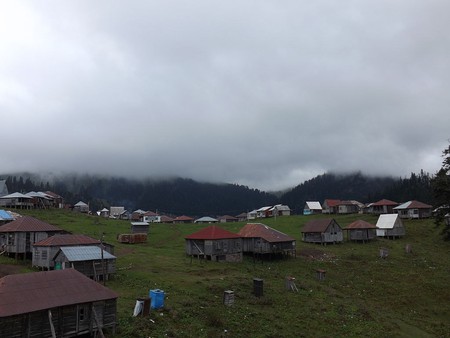 Territory-wise, Guria is the smallest of Georgia‘s regions. It’s located in the western half of the country and is bordered by the Black Sea with a 22-kilometer-long coastline. Despite its size, the region offers a wide variety of activities for its visitors. Thus, here’s our guide to some of the best things to see and do in Guria.

Watch the breathtaking sunrise in Bakhmaro

Bakhmaro is a mountainous resort at 1,926-2,050 meters (6,319-6,725 ft.) above sea level. Its territory is surrounded by pine and fir forests and is characterized by unique curative possibilities. Summers see lots of tourists who enjoy fresh air and unforgettable views. One of the must-do things here is to hike up a mountain when it’s still dark to witness a stunning sunrise.

Georgia is a country of traditions where people like to remember the past; and in order not to lose it, they include them in today’s lifestyle.

Gurians are characterized by temperament and have a freewheeling nature. They were the first to open country’s door to Europe and America with their skills of horseback-riding. 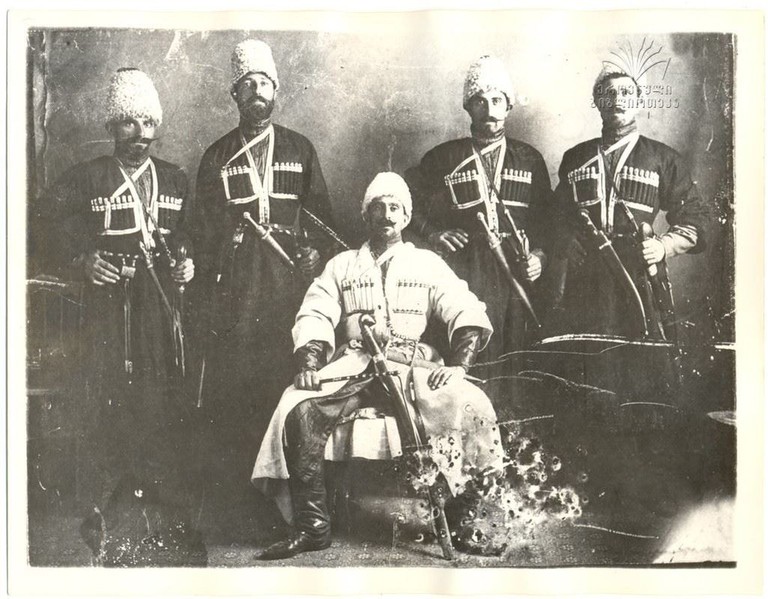 Everything began from 1892 when they visited England and took part in a Wild West Show of the famous American Showman, Buffalo Bill Cody. For more than 30 years, they participated in the show; however, the Communist revolution in Russia prevented them from their continued participation in the West and accused them of being American spies and arrested them.

Unfortunately, this almost wiped out Gurians’ love of racing and extreme adventures. However, in the beginning of 21st century, they revived the old tradition and established a horse-racing festival in Bakhmaro. Thus, every August 19, on the day of Transfiguration of Christ, festivities take place and the riders from different regions of the country participate in a race.

Another interesting but a bit brutal event to watch is Leloburti, similar to rugby. Held at the border between Lanchchuti and Shukhuti, the event is celebrated on Easter. The game kicks off in the center of the village of Shukhuti, bordered by two streams with a 130-meter distance from the center to each of them. The main goal is to get the 18-kg ball full of sand and sawdust to one of the streams. The winner then takes the ball to the grave of the player who died that year.

A post shared by Magdalena Konik (@magdalenakonik_migawkizpodrozy) on Dec 17, 2017 at 3:23am PST

The Ozurgeti History Museum was founded in 1936 and exhibits collections from various periods including the Neolithic and Bronze Ages, burial ground stocks from Iron Age, ancient silver and golden items, numismatic pieces, and archival books of historical value, just to name a few. One of the most significant items displayed here is Napoléon Bonaparte‘s rapier.

The Shemokmedi complex, located in the village of Shemokmedi is the center of the eponymous eparchy, which used to be the wealthiest monastery in the country and housing a large library. Dating back to the 12th century, the main temple of the monastery was built on the top of a mountain. On one side of the mountain, there were monk cells and on the other, the nuns. In the 19th century, the monastery was robbed several times, severely damaged, and the frescoes almost completely destroyed during the winter months, as the watchmen used to light up a fire in the middle of the temple.

Gomismta is a summer resort in Ozurgeti Municipality, located at 2,100-2,755 meters (6,890-9,039 ft.) above sea level. Surrounded by a softwood forest and mineral springs, the resort is distinguished by its panoramic views of pine forests, beautiful mountains, and summer cottages in the Alpine zone. The best time to visit Gomismta is during late spring and summer; however, it is gorgeous during every season of the year. The area is a great base if you’d like to do some hiking. There are Chinchao and Tbikeli lakes, and the possibility of hiking to Bakhmaro.

Learn more about a famous Georgian historian and archeologist

The Ekvtime Takaishvili Archaeological Museum-Reserve was opened in 2010 as a memorial museum in the village of Likhauri, Ozurgeti Municipality. The museum is traditional Gurian Oda (house) with a stone fence around it. With four exhibition halls, you can see Takaishvili’s photo materials, books, and other personal possessions related to his life and deeds.

Take a dip in the Black Sea

Besides mountain resorts, Guria is rich with coastal cities. Its jewels are Ureki, Shekvetili, and Grigoleti. All of them boast with magnetic sands that are loaded with iron particles and are beneficial for cardiovascular and respiratory systems. And once you get bored by sunbathing, you can head to a theme park Tsitsinatela in Shekvetili and enjoy more than 40 different attractions. 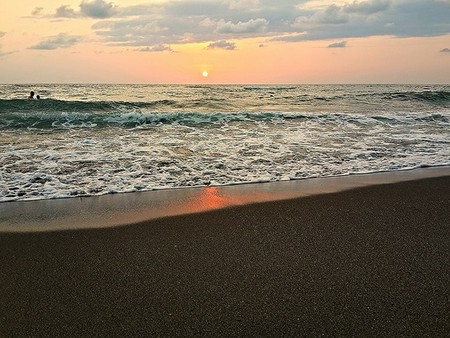 Nearby village of Japana lies a beautiful lake of the same name. Located at 13.6 meters (45 ft.) above sea level, this freshwater lake is fed by rain and subterranean waters. Currently, it has been transformed into a pond to breed fish.

Nodar Dubmadze was the favorite author of 20th-century Georgia. His humorous novels are still admired by many locals, and some of them have even been translated into English, Turkish, and Japanese. His memorial museum is located in the village of Khidistavi, Chokharauri Municipality. Here, you can see the manuscripts, personal belongings, books, and other interesting documents of his life and deeds.