The Best Things to See and Do in Georgia 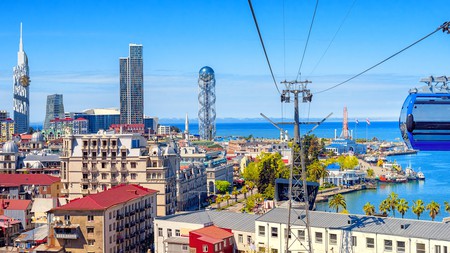 Come to Georgia to ski at the Gudauri resort, swim in the Black Sea or visit ancient cave towns. Want more? Here are the best things to do and see.

Georgia, a country at the crossroads of Europe and Asia, has a long history. Before a unified kingdom was established in the fourth century BCE, the territory was governed by early Georgian states – Iberia and Colchis. The geographical location made it favourable for many invaders to conquer and rule. That is why you will see the influence of Persia, Russia, Byzantium and Greece in the local architecture, arts and cuisine. Here’s what else you should see and do. 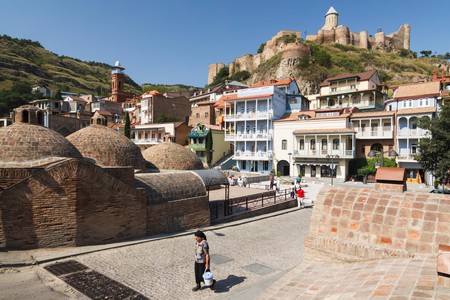 The Great Silk Road passed through the capital city of Tbilisi, making it an important place for many centuries. Its spot on the route also made it a hub of cultural interchange but also brought many invasions. The capital was burned down and rebuilt several times. 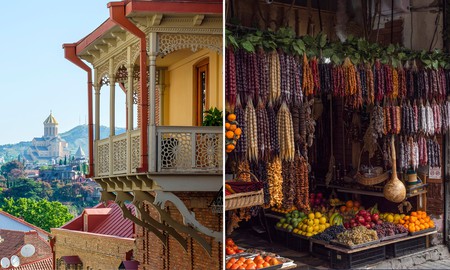 But despite the violent past, the Tbilisi of today is all narrow cobblestone lanes, old residential houses with wooden balconies, and art nouveau buildings. You can enjoy a guided walking tour of Tbilisi as part of Culture Trip’s specially curated small-group Georgia adventure, led by our local insider.

Swim in the Black Sea 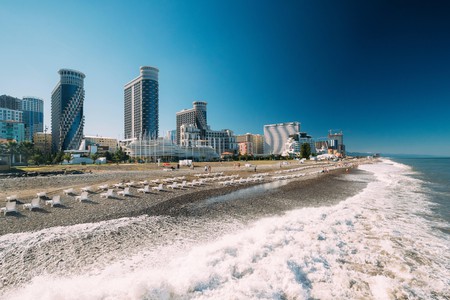 The western part of Georgia, bounded by the Black Sea, is a go-to summer destination for locals – Batumi being the central coastal city. In a subtropical zone, the weather here varies – it’s hot in summer and is covered in snow in winter. 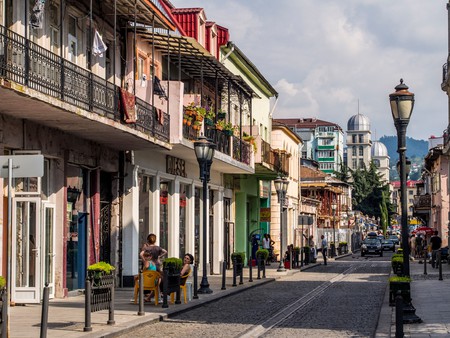 Besides being a bustling seaside resort, Batumi – one of the most beautiful towns in Georgia – is an important seaport. In recent years, however, it has changed drastically, with high-rise buildings, world-renowned hotel brands and modern architecture constructed and the 19th-century buildings in the Old Town restored. 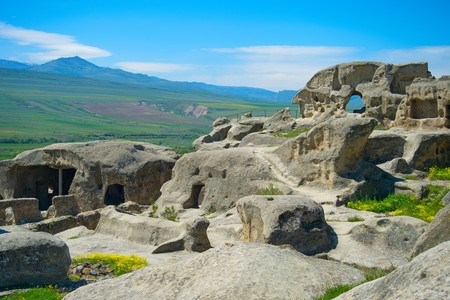 Georgia has three cave towns. The closest to Tbilisi is Uplistsikhe, which has a blend of styles from rock-cut cultures in Iran and Anatolia. Another is Vardzia, known as the Georgian jewel of Medieval architecture, which is carved into a steep mountain wall, 1,300m (4,265ft) up.

The third is the David Gareji Monastery Complex in the Kakheti region, which was established in the sixth century by St David Gareji, one of the 13 Assyrian Fathers to spread Christianity in the country. The desert complex includes 13 monasteries built on the hills bordering Azerbaijan.

Ski, snowboard or heli-ski in Gudauri 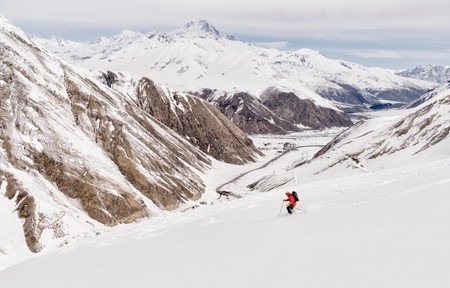 Georgia has a few ski resorts, but Gudauri is the most popular, with multiple ski lifts and 26 pistes. It sits on the Greater Caucasus Mountains, bringing magnificent views as you make your way down the slopes. The hills are also free of trees, which makes them great for skiing or snowboarding. It’s also avalanche-safe, so more adventurous travellers can try heli-skiing here. 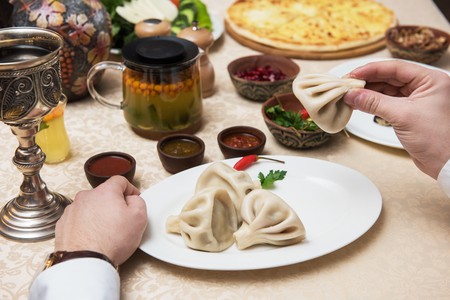 Khinkali is the Georgian dish every visitor should try. The original meal, called khevsuruli, comes from the Khevsureti region and is made with minced meat, onions, salt, pepper and cumin. The modern version, kalakuri, (the one you’ll eat in most restaurants in Tbilisi) uses fresh parsley and coriander. To eat them, use your hands. First, take a small bite and then suck the broth out so you don’t spill a drop. It might take some practice.

Hike in the rural regions 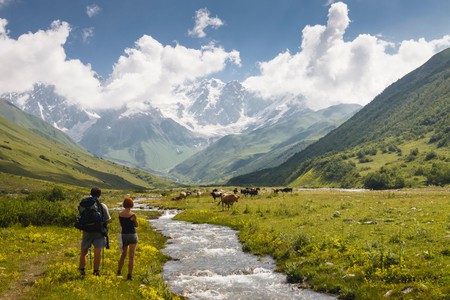 Georgia is home to many wild hikes, with options for both beginners and experts | © Luis Dafos / Alamy Stock Photo

Georgia is a perfect place for wild nature lovers. It offers interesting hiking trails, national parks, lakes and much more. The most popular walking routes are the Chaukhi Pass, Omalo to Shatili, Mestia to Ushguli, the Abudelauri Lakes, the Tobavarchkhili Lakes, Svaneti to Racha, and the Black Rock Lake. 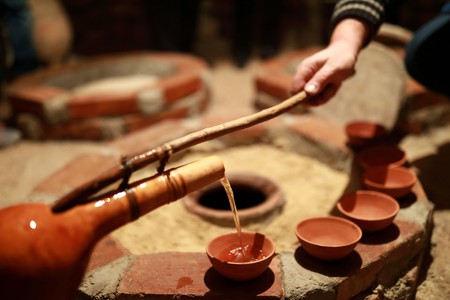 Georgia is considered to be one of the oldest wine-making regions in the world. Georgians have been producing wine for at least 8,000 years and have their own unique process; Unesco listed the qvevri wine-making method as an Intangible Cultural Heritage.

Traditional Georgian wine is made in egg-shaped clay jars, called qvevri, that are buried underground to ferment, store and age the wine.

Travel to the highest settlement in Europe 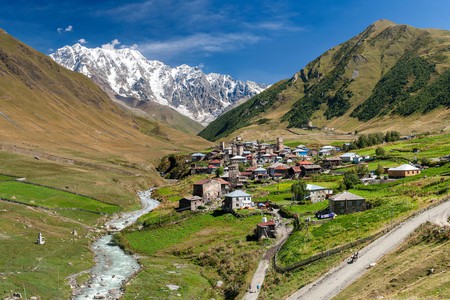 Ushguli, in the Svaneti district of Georgia, is the highest settlement in Europe | © Eric Nathan / Alamy Stock Photo

Georgia is home to Ushguli, the highest settlement in Europe, which sits 2,100m (6,890ft) above sea level near the foot of Shkhara Mountain, one of the highest summits in the Greater Caucasus Mountains. The village is inhabited by approximately 200 people and the area is covered with snow for six months of the year.