Best Things to See and Do in Samtskhe Javakheti

Best Things to See and Do in Samtskhe Javakheti

Borjomi Central Park | © პაატა შ / WikiCommons
Samtskhe Javakheti was formed in 1995 as the response to the secession of Abkhazia and the conflict in South Ossetia. The region was established by merging two areas, Samtskhe and Javakheti. The region boasts diverse activities and historical landmarks for you to explore–here are some of the best.

Akhaltsikhe, the central city of the region, literally translates as the ‘new castle’. It’s a small city divided into old and new parts via the small river Potskhovi.

The main attraction here is the Rabati Fortress. The name of the site comes from Arabic and means ‘fortified place’. It has been destroyed many times and has often been under attack, which has left the traces of different cultures and religions within the walls. After major reconstruction works of 2012, Rabati became a town within the town and is home to a church, mosque, small park, synagogue, various shops and hotels, a history museum and a civil registry office.

Roam through the ancient cave town

Vardzia is a popular cave monastery dating back to the latter 12th century. The caves extend along the cliff for at least 500 meters, and go up to 19 layers. Enter the Church of the Dormition and admire a significant series of wall paintings from the golden age of Georgia. 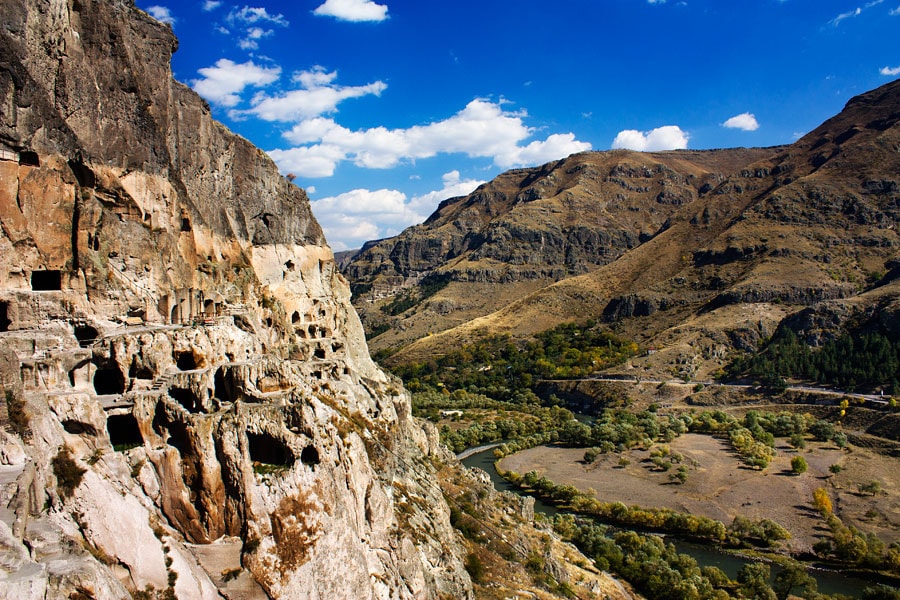 The church naturally divides the town into eastern and western parts. The eastern part features 79 separate cave residences scattered along the eight layers. The area also has six chapels, a pharmacy, 25 wine cellars, and a meeting room, among others things. The western part has 40 dwellings along 13 layers. This part also has six chapels, a forge, and ovens for baking a bread. The town is immense and worth exploring.

Borjomi, a resort town in the charming Borjomi Gorge, is famous for its mineral water industry. The bottling and export of Borjomi mineral water is still a major source of income for the area. Scholars believe that this mineral water has curative powers, so the resort is frequently visited by peopl with health problems. If you are interested how the natural mineral water tastes before it gets processed, visit the fountain at Borjomi Park.

Visit the half-destroyed fortress of Atskuri

Atskuri, a Georgian feudal fortress located about 30 km from Borjomi was built in the 10th century and played an important role in protecting the country during the Medieval ages. 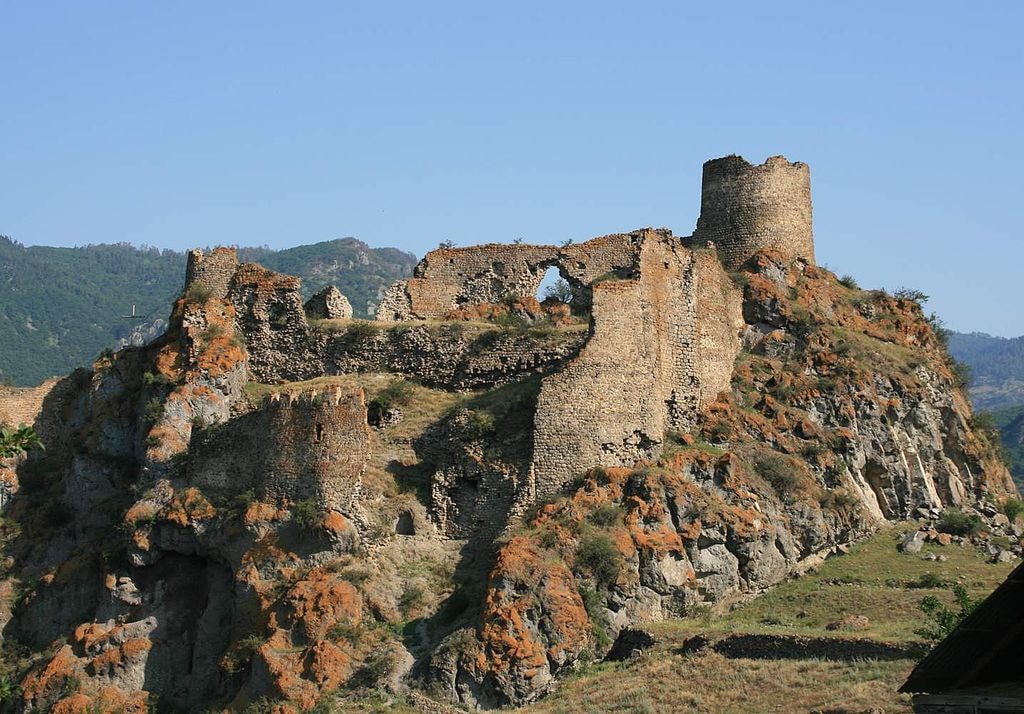 Likani, also very close to Borjomi, is part of the Borjom-Kharagauli National Park. Dominated by conifer groves and oak trees, the area used to be a summer residence of Grand Duke Nicholas Mikhailovich of Russia. After the Soviet takeover, the residence was transferred to the state and was frequently visited by important Soviet officials, including Stalin. 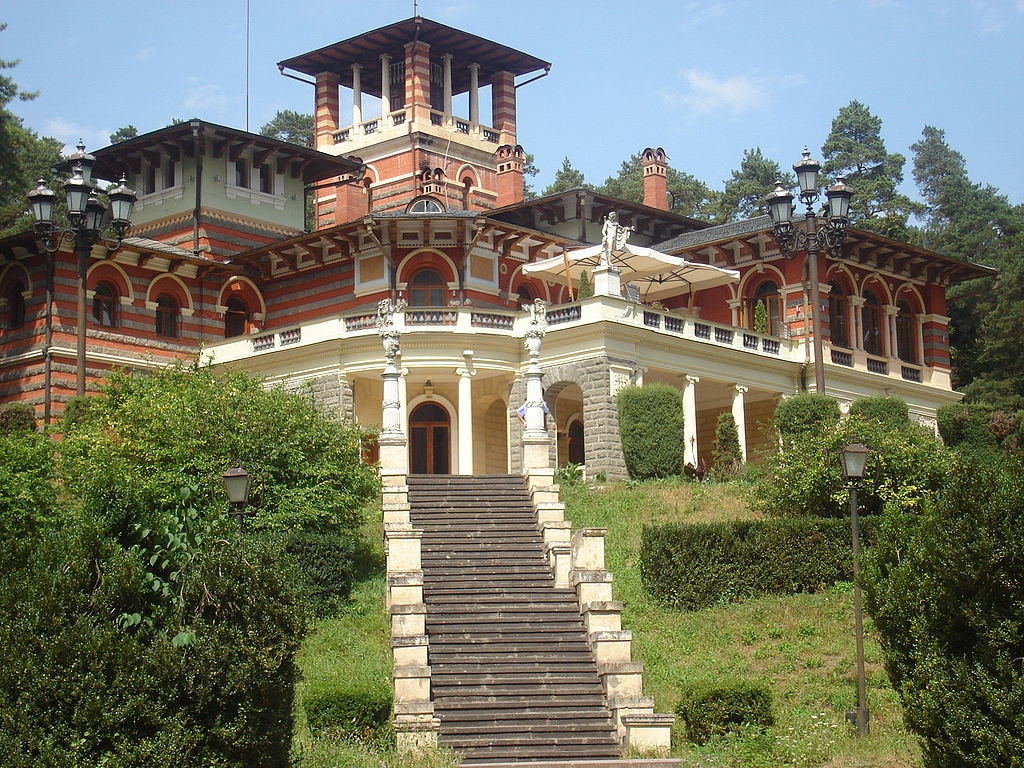 Watch the stars in Abastumani

Abastumani Astrophysical Observatory, built in 1932, is a great place for star-lovers or those who are looking for something exciting to add to their itinerary. Come here until 3 a.m to look at the galaxy.

The Borjomi-Kharagauli National Park is one of the largest parks in the country, as it includes six administrative districts that extend from Borjomi to Kharagauli. With a total area of 851 square kilometers, the park boasts unique ecological zones, historical monuments, landscapes and rich fauna and flora.

Visit one of the oldest fortresses in Georgia

Khertvisi Fortress is an ancient site. The fort was first built in the 2nd century BCE, the church was added in 985, and the present walls in 1354. When Mongols invaded the country in the 13th century, the fortress was destroyed and lost power. Since then, it has been owned by either Georgians or Turks. However, in the 19th century, the Georgian and Russian army regained the lost areas, and Khertvisi became a military base for their troops. 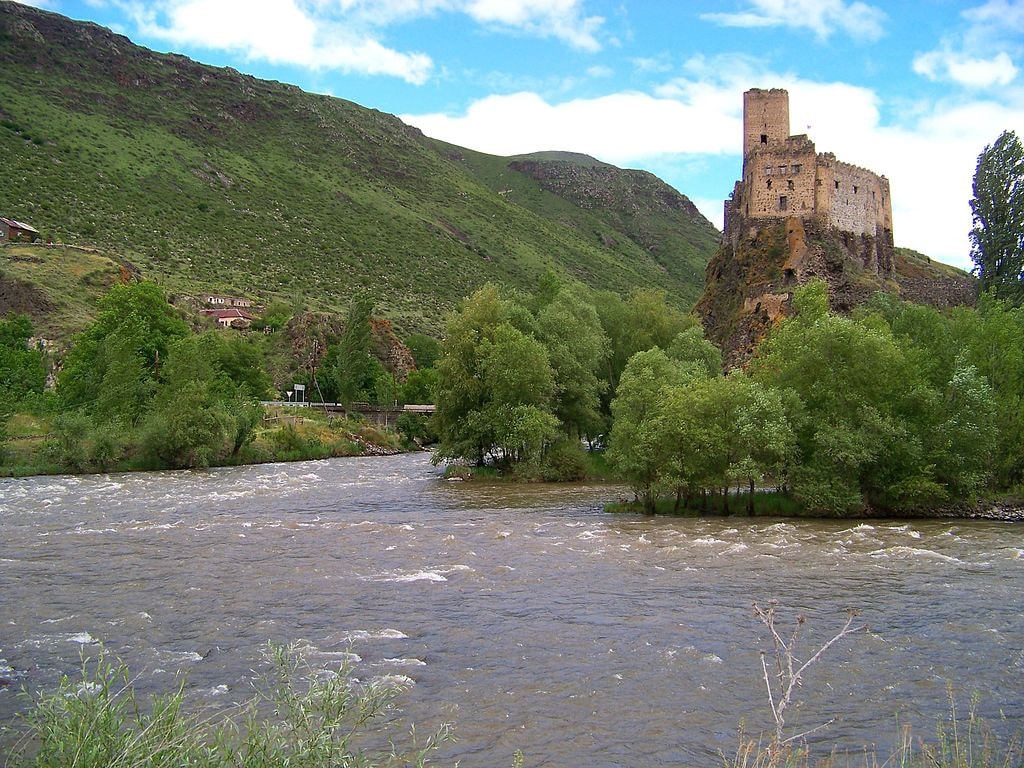