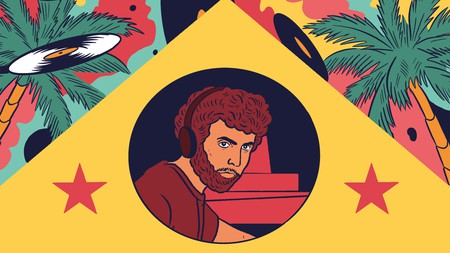 After 40 years of obscurity, a landmark Lebanese LP is getting its release thanks to the German label Habibi Funk. Its story is one of war, passion, persistence and, above all, music.

As Syria rolled its tanks into Lebanon in 1976, beginning a brutal occupation that would last for nearly three decades, the young musician Issam Hajali knew he had to get out of Beirut. Politically engaged in the first year of the Lebanese Civil War that led to the intervention, Hajali, who in his teens fronted the modestly successful rock group Rainbow Bridge, was keenly aware of the dangers of sticking around. Just a year previously, the band’s drummer, Mounir Hatchiti, had been killed by a sniper, as had Hajali’s friend Guy, who gave him his first guitar.

Hajali disguised himself as a child to evade the roadblocks that had already hemmed in Beirut: “I sat myself between two old women so I would go unnoticed.” He headed towards the port city of Tyre, before sneaking onto a shipping container bound for Cyprus; he spent the rest of his money on a flight to Paris. 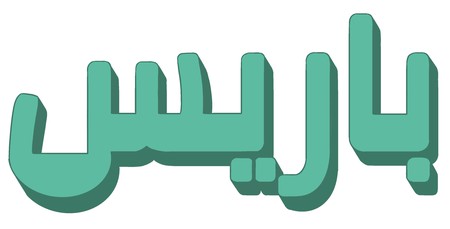 It was there that Hajali, while juggling menial jobs to survive, recorded his first and only solo album, Mouasalat Ila Jacad El Ard – a jangly, melancholic LP now being distributed for the first time, by Berlin-based record label Habibi Funk.

Hajali had fortunately lodged with a woman whose son André was a talented musician, and he kept Hajali connected with the nascent Lebanese music scene in Paris at the time. In his cramped duplex apartment, and much to the chagrin of his new wife, Hajali would jam with André, Mahmoud Tabrizi-Zadeh (who would later go on to work with Martin Scorsese and Peter Gabriel) and Roger Fahr, who would become one of Hajali’s closest friends and collaborators. These sessions formed the basis of the seven-track album.

In Beirut, he had gorged on the stars of Western folk and psychedelia – Gordon Lightfoot, The Beatles, Cream, Janis Joplin – as well as the Brazilian jazz of Milton Nascimento, but in Paris he turned “back to the roots” with the traditional Arabic music of his youth. These influences bleed through Hajali’s music, from the 12-minute psych-folk odyssey ‘Ana Damir El Motakallim’, which opens the album, to the soft and bittersweet ‘Lam Azal’. It is sui generis – a confluence of influences that shouldn’t fuse so smoothly, but do. 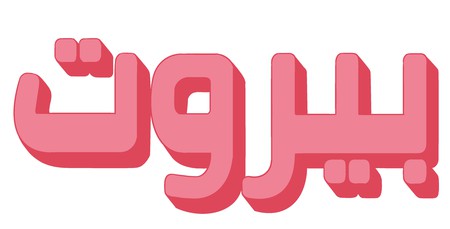 When Hajali’s marriage broke down, he spent the last of his money on a single day in the studio and a flight back to Beirut for the day after. Fewer than 100 tapes were made, all of which were manually recorded and sold by Hajali, who cajoled shops back in Beirut into selling the album so he could make ends meet. This came with a multitude of difficulties, from sourcing blank tapes with sufficient runtime (one track had to be chopped from the studio original and has since been lost to history) to battling contemptuous, strait-laced shopkeepers who had no desire to support his tousle-haired degeneracy.

The album might have been lost forever were it not for Jannis Stürtz, head of Habibi Funk. Around 2017, Stürtz, an aficionado of ’70s and ’80s Arab music, was hunting for Hajali’s later work as bandleader of Ferkat Al Ard – a cult band among Arab vinyl enthusiasts, whose album Oghneya recently sold between collectors for $5,000. He found Hajali running a jewellery shop on Mar Elias Street in Beirut, and it was here that Stürtz heard Mouasalat Ila Jacad El Ard for the first time. “It was love at first listen,” says Stürtz. “There was literally only one cassette tape of it left when I got to the album: the master copy, not even the original, which had been destroyed.”

Over the past four years, Stürtz has carved out a reputation for putting out some of the most exciting releases in the world today, all plucked from the Arab world and recorded in the ’70s and ’80s. Habibi Funk’s approach is, according to Stürtz, quite straightforward: “We take something that we think is great, and that we feel should be available to more people, and we make it accessible.” 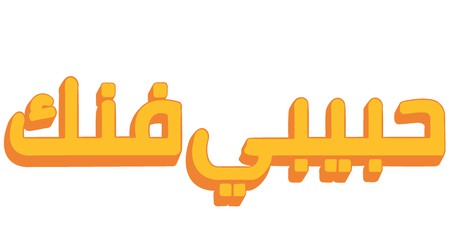 To do this, Stürtz doesn’t merely crate-dig. Through DJ-ing in the now more peaceful Beirut four times a year, as well as internationally, he stays in touch with who knows what, and who knows whom, in all corners of the world. He takes research trips to Tunisia, Morocco, Sudan; he listens and reads and talks. Hajali’s release took two years of work; others are in the pipeline, all with their own unique challenges, just as all 10 releases so far have brought.

In hot pursuit of records from the defunct Sudanese label Munsphone, Stürtz had to find the one shop in Khartoum where they were sold, and wait for hours while the truculent owner decided whether or not he wanted to sell a few to him. For another release, Musique Originale de Films by the Algerian composer Ahmed Malek, Stürtz had to rely on a chain of whispers and loose connections to eventually track down the neighbour of Malek’s daughter in Algiers, who then put him in touch and enabled him to advance the project.

“Strangely enough,” says Hajali, “a few years before Jannis arrived, my friend – who was a really big vinyl fan and a collector – told me, ‘You know, you should contact that German record label; they’re really interested in world music,’ and I didn’t, because I thought they wouldn’t answer. So when Jannis came to speak to me, it was a very good surprise.”

“Issam was so happy that people were still interested in his music,” Stürtz says. “More importantly, he was open to revitalising it, which is what we do.” Hajali will also, in accordance with all of Habibi Funk’s releases, make 50 percent of the album’s profit – in all likelihood the first substantial amount of money he has ever made from half a century of making music.

Far more important than this, Hajali can finally have his work properly distributed around the world, to a whole new audience receptive to his music and his story. “I can listen to myself after 40 years and still love it – I love the album. It was so avant garde; 1977 was too early for it.” He may just be right.