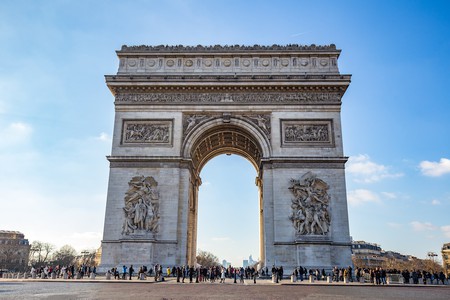 There are some monuments in the world that are so iconic you can’t imagine anything else standing in their place. Paris’ Arc de Triomphe, standing tall and proud at the end of the Champs-Élysées is just such a monument. So you’ll be surprised, then, to hear that there could have been an elephant in its place.

Whether you’ve visited Paris or not, the Arc de Triomphe is a landmark that’s easy to know; like watching the Tour de France whizz past it or learning the history behind the various victory marches that have taken place in its shadow or standing under the illuminated trees of the Champs-Élysées at the stroke of midnight as fireworks erupt from its top.

The build of the Arc de Triomphe we know today was inspired by the Arco di Tito in Rome and was commissioned in 1806, with Jean Chalgrin as the architect. Even though Chalgrin would not live to see his masterpiece finished, it was his vision that makes up the Parisian landscape today.

However, around 45 years earlier, 18th-century French architect Charles Ribart had submitted his plans for L’éléphant triomphal. 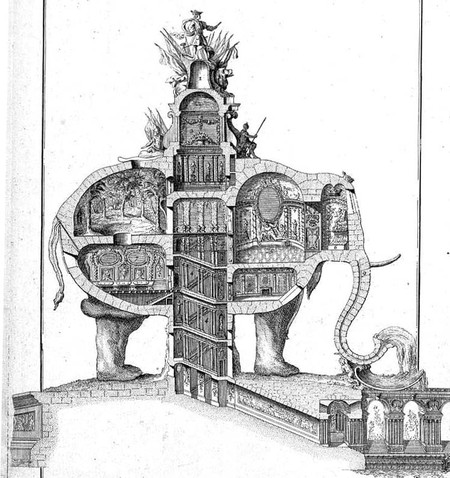 This impressive, three-storey design comprised of a spiral staircase serving the entrance to the monument via the underbelly and rising for two storeys, a drainage system that would come from the trunk and ornate decoration throughout.

Well, the ending of our story is an obvious one. Ribart’s design was rejected by the French Government and the 164 ft arch was built instead.

However, his plans for this incredible structure might have lived on a little longer as in 1808, Napoleon designed an incredible elephant statue – Elephant of the Bastille – for where the Bastille once stood. However, this was not to be either. Only a plaster full-scale model was ever built and so today, the July Column – Colonne de Juillet – stands to commemorate the 1830 Revolution. 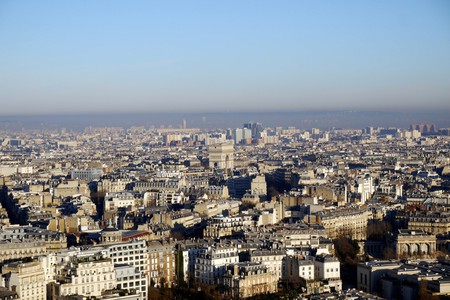