The Renzo Piano Method: Insights Into A Dazzling Mind 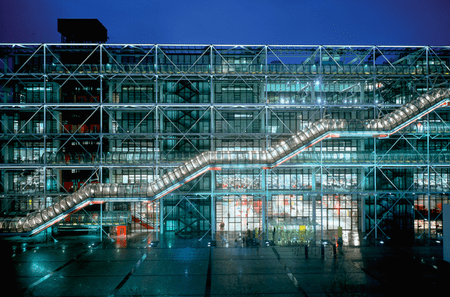 Courtesy of the Bibliothèque Centre Pompidou

A look at La Méthode Piano at Paris‘ Cité de l’Architecture et de Patrimoine, which shines a light on the thoughts and inner workings of the architect behind some of the world’s most dazzling modern buildings, Renzo Piano.

Courtesy of the Bibliothèque Centre Pompidou

So who is Renzo Piano? Well, you may know him as being the architect behind the famous ‘inside-out’ building here in Paris, the Centre Pompidou. Or, you may have heard that he is behind the ultra-modern New Whitney Museum in New York City, which just opened in May 2015. La Méthode Piano, Renzo Piano Building Workshop (RPBW) at the Cité de l’Architecture et du Patrimoine takes visitors on a historical look at Renzo Piano’s career, from the early years, working with his family’s construction business in Genoa, Italy, to the founding of the Renzo Piano Building Workshop (RPBW) in 1981, all the way to ‘still under construction’ projects such as the new Palais de Justice in Paris and The Children’s Surgery Center in Uganda. This exhibit truly is an architecture junkie’s dream! 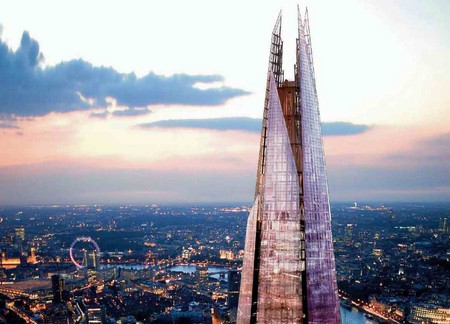 Mr. Piano’s design philosophy and aesthetic set the tone for not only the exhibition, but for all of his famous buildings. From the beginning, curiosity and experimentation have been guiding forces – in terms of materials, engineering principles, and design. But he has never worked in a vacuum; collaboration has always been key. It all started with his award-winning Pompidou design with Richard Rogers in the early 1970s, then continued in his partnership with Peter Rice and the foundation of the Renzo Piano Building Workshop in 1981. One constant visitors will notice is that all renderings reflect the use of Mr. Piano’s green felt tip pen! 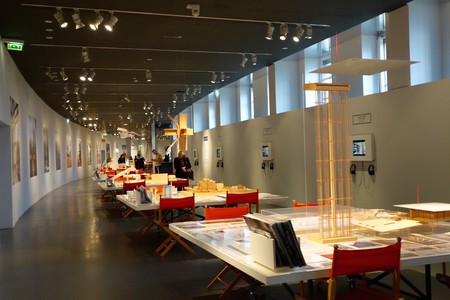 Spread out over one long room, La Méthode Piano features 15 tables with corresponding models, renderings, video interviews, photographs, and even building material samples from major projects, such as the Jérôme Seydoux-Pathé Foundation in Paris; the Tjibaou Cultural Center in Nouméa, New Caledonia; the Shard London Bridge Tower; the Astrup Fearnley Museum of Modern Art Oslo, Norway;  and the New Campus for Columbia University, currently under construction in New York City. There are also detailed ‘one sheets’ about the history and construction processes and procedures for each project featured. One recurring theme is ‘environmental friendliness’, not only in the choice of construction materials, but also in considering how to harness the power of the sun and wind to heat and cool the building over its lifetime. Many newer structures don’t even utilize air conditioning! 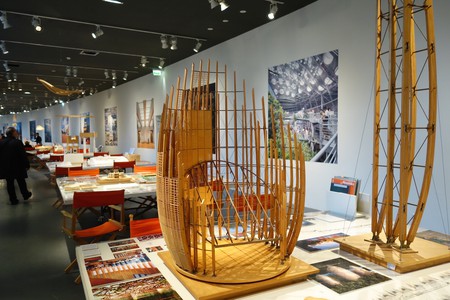 In all cases, the buildings are designed to ‘fit in’ with an existing landscape, whether rural (Africa); industrial and modern (New York), or Haussmannian (Paris). A major design question is whether to ‘build up or build out.’ In the end, the landscape answers that question. Pull up one of the orange ‘director’s chairs’ and get comfortable as you pore over the details and get some more insight into the creative, technical, and philosophical aspects behind each project. At the end, view a movie where Renzo Piano personally discusses his works and philosophies.

In addition to La Méthode Piano, the Cité de l’Architecture et du Patrimoine has an unbelievable permanent collection in the Gallery of Casts, which features reproductions of French medieval and Renaissance church art, architecture, and sculptures. If you visit on a sunny day, the light streaming in simply illuminates the works. There are also several other special exhibitions, including Chandigarh: 50 Years After Le Corbusier and An Architecture of Engagement: The AUA (1960-1985). As an FYI, pack a snack or avoid going at lunchtime, as the café is closed for renovations. The bookstore (librairie in French) has an incredible selection and is a great place to purchase a gift for the architecture lover in your life. There are also amazing views of the Eiffel Tower from inside and around the museum, to complete your architectural experience. Take a walk outside for the famous Trocadéro View!