The Musée d'Orsay is Officially the Best Museum in the World 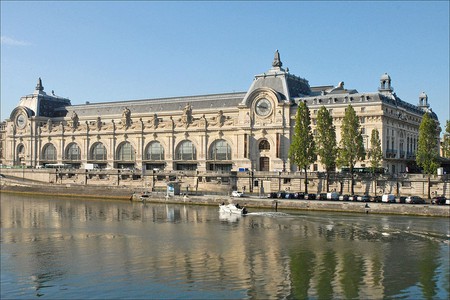 Paris has a wealth of cultural offerings and world-class museums, but now, its standing as a leader in the field has been made official as this year’s TripAdvisor Travellers’ Choice Awards ranks the Musée d’Orsay as the best museum in the world.

The Musée d’Orsay is world-renowned for its stunning collection of art and striking Beaux-Arts architecture. It is one of the world’s most awe-inspiring museums and now, it has won the title of top museum in the TripAdvisor Travellers’ Choice Awards 2018.

In second and third place came New York’s 9/11 Memorial Museum and the Metropolitan Museum of Art, respectively, while the UK’s top winner, the British Museum, followed behind in fourth place.

In many ways, the victory for Paris comes as little surprise, as the city has long captivated peoples’ imaginations as the most artistic capital in Europe. Based on real travellers’ opinions and experiences, the TripAdvisor Travellers’ Choice Awards add weight to this claim. 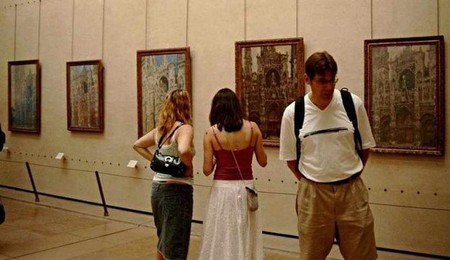 Award winners were determined using an algorithm that took into account the quantity and quality of reviews and ratings for museums worldwide, gathered over a 12-month period, and the Musée d’Orsay came out on top.

Why the Musée d’Orsay triumphed over the Louvre Museum

If a museum in Paris was going to win first place, many people expected the Louvre to top the tables – though it only came in seventh.

The Louvre is not only the most visited art museum in the world, but also the largest. It would take you at least 100 days to visit all the artworks – and that’s only if you spend 30 seconds looking at each piece.

However, the Musée d’Orsay triumphed over the Louvre to become travellers’ all-around favourite for several reasons. Mainly, it comes down to its unique architectural and artistic heritage – the Musée d’Orsay boasts a certain charm that can’t be rivalled.

The Musée d’Orsay is entwined with an unusual architectural past

The history of the Musee d’Orsay is quite unusual. Nestled on the Left Bank of the River Seine in Paris, the museum is housed in the former Gare d’Orsay, a Beaux-Arts railway station constructed between 1898 and 1900. In 1986, it was converted into the museum which is so well-loved today.

A series of curious relics still remain, gesturing to this forgotten legacy. For example, the Musée d’Orsay Clock in the main hall, designed by Victor Laloux in 1900, has become an iconic symbol of the museum’s rail-inspired past – no visit to the museum is complete without a photo by the famous clock. 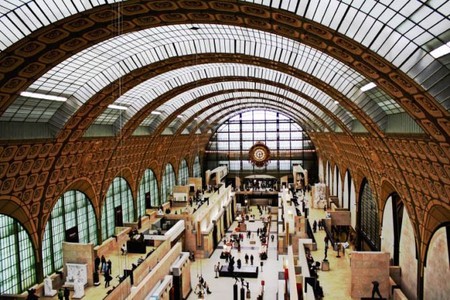 There’s also the gorgeous chandeliers and gold-dappled decorations, which are especially lavish in the luxurious Musée d’Orsay restaurant. Because of these quirks, the building itself is considered a ‘work of art’ in its own right, before you even get a chance to marvel at the masterpieces within.

The Musée d’Orsay houses the largest collection of Impressionist masterpieces

The main reason why the Musée d’Orsay has won the title of top museum in the world comes down to the rare Impressionist treasures it has acquired. There are around 2,000 paintings and 600 sculptures and other artworks on show, but it’s not just quantity that counts.

The museum is special because it houses the largest collection of Impressionist and post-Impressionist masterpieces in the world. You can peruse beautiful landscapes by the likes of Monet, Manet, Seurat and Sisley to name just a few. There are also unique pieces by Degas, Renoir, Gauguin, Martin and Cézanne on show. 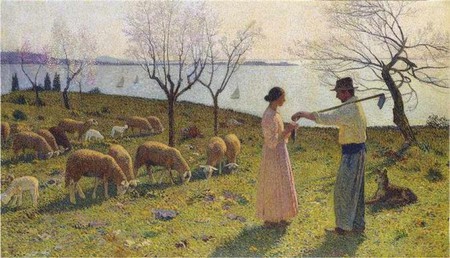 The crowning glory of the collection is the Van Gogh works. The story of Van Gogh, the tortured soul, has seduced tourists for years and the impressive collection of his works on offer at this museum is partly why art lovers flock here in droves.

Explore the Musée d’Orsay with a guide

The best way to discover what the Musée d’Orsay has to offer is to enjoy a guided tour, which can be booked directly with the museum. There are plenty of tours offered in English and each one is rich in expert reflection. However, if you’re a little short on cash, then you can easily download a free walking tour in advance.

You can also download an intimate audio walking tour of the Musée d’Orsay by travel writer Rick Steves for free via iTunes or via his website. His fabulous series of cultural podcasts explore the rich artistic heritage of Paris.