The History Of The Stade De France In 1 Minute 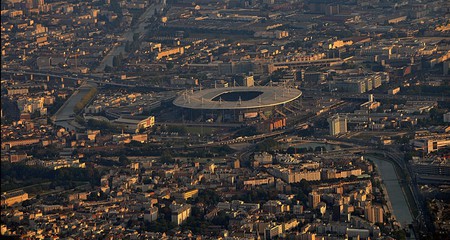 The Stade de France in Saint-Denis is the largest stadium in the country and home to the French national football and rugby teams. It was built as the centerpiece of the 1998 FIFA World Cup and was the site of France’s glorious 3-0 win over Brazil in the tournament’s final. Since then, it has hosted countless international sporting events and the world’s biggest music acts.

Construction began on the 81,338-seat stadium in 1995 and took 31 months to complete. Costs amounted to approximately €290 million. The six-hectare, 13,000-ton, €45-million roof protects spectators and contains all the sound and lighting equipment to maximize visibility. The Stade de France was officially opened on January 28th, 1998, with a friendly between France and Spain. Zinedine Zidane scored the only goal. Two Champions League finals have been held at the stadium, the first in 2000 when Real Madrid beat Valencia 3-0 and the second in 2006 when Barcelona won 2-1 against Arsenal. 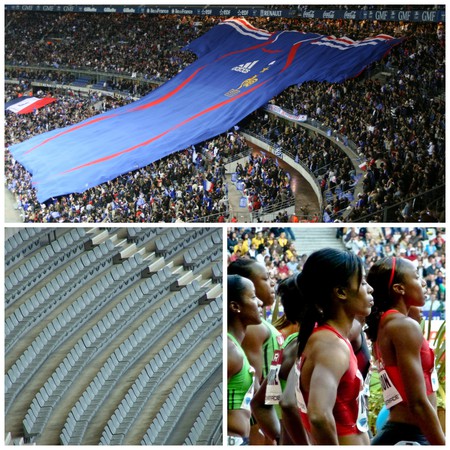 In 2003, the stadium hosted the World Athletics Championships, where Sweden’s Carolina Klüft became the third woman to score more than 7,000 points in the heptathlon. The United States finished first, with Russia in second and France in third. Since 1999, the Meeting Areva athletics event has been held there. On August 27th, 2016, Bahrain’s Ruth Jebet set the World Record for the women’s 3,000-meter steeplechase.

The stadium also hosted the 2007 Rugby World Cup. France lost the opening match 12-17 to Argentina and in the semi-final they lost to England by 14-9. In the final, South Africa beat England 15-6. The Stade de France is the only stadium to have hosted a football and rugby World Cup final. It is also a secondary facility for Paris’ Stade Français.

On November 13th, 2015, one civilian was killed by a suicide bomber at the entrance to the grounds which contained the French and German football teams, as well as President François Hollande. Two other terrorists detonated devices nearby.

Over the years, hundreds of concerts including those of The Rolling Stones, U2, Muse, Céline Dion, AC/DC, Beyoncé, Jay-Z, Rihanna, Lady Gaga, Paul McCartney, and Madonna have been held at the stadium.

France played at the Stade de France three times during the UEFA Euro 2016 competition, winning the opening match against Romania 2-1, their semi-final against Iceland 5-2, and losing the final 1-0 in extra time to Portugal.

📅 Tours run every day of the week (except on the day before/of a major fixture), five of which are in French and two in English. Check the website for details.