The History of the House of Yves Saint Laurent 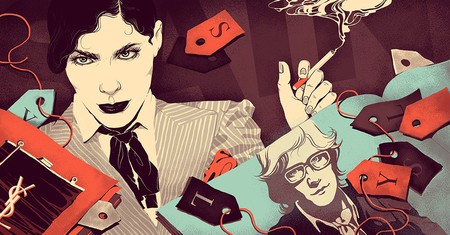 The history of the House of Saint Laurent is a colourful one, defined specifically by its founder’s Le Smoking tuxedo and Hedi Slimane’s brand overhaul. This is what makes the Parisian fashion label so culturally significant.

When Yves Saint Laurent founded his namesake fashion house in 1961 he introduced a revolutionary take on women’s clothing. Inspired by the structure of menswear and the feeling of power that came with wearing it, his approach was a celebration of gender fluidity that shook the fashion industry. Since then, the likes of Alber Elbaz and Hedi Slimane have interpreted Saint Laurent’s vision for the brand, and it’s Anthony Vaccarello who now sits at the label’s helm. 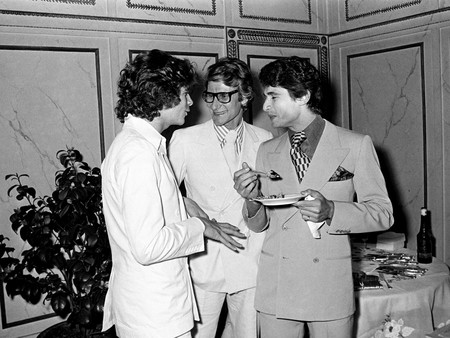 Algerian-born Yves Saint Laurent was discovered by influential French writer and illustrator Michel de Brunhoff, who published his sketches and introduced him to Christian Dior. His first job was as Dior’s design assistant and he took over as creative director when the founder died suddenly in 1957.

In 1961, with an archive of Dior haute couture and ready-to-wear collections behind him and a wealth of opinions about how the modern women should dress, Saint Laurent launched his first couture collection, which opened with a peacoat and wide-leg trouser combination. The ready-to-wear line, Saint Laurent Rive Gauche, came later in 1966.

What set Saint Laurent aside from his peers was his fearless approach to blurring the lines between men’s and women’s fashion and his celebration of female sexuality. Pioneering the power suit and transforming the safari jacket from functional to fashion-focussed, he took traditionally masculine items and made them work for a new kind of womenswear – one designed to empower its wearer. It was a time of change in the fashion industry. 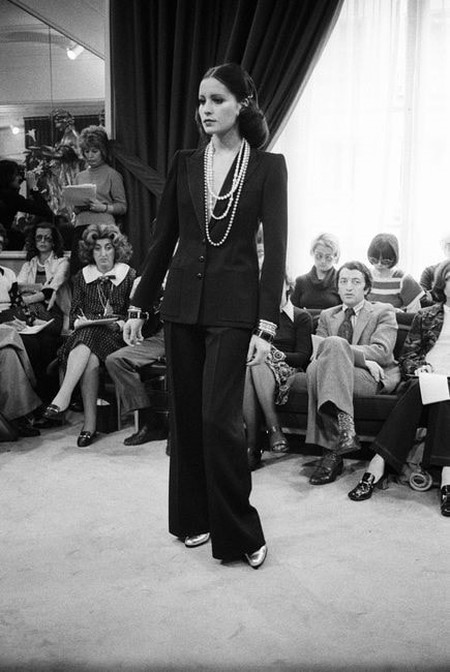 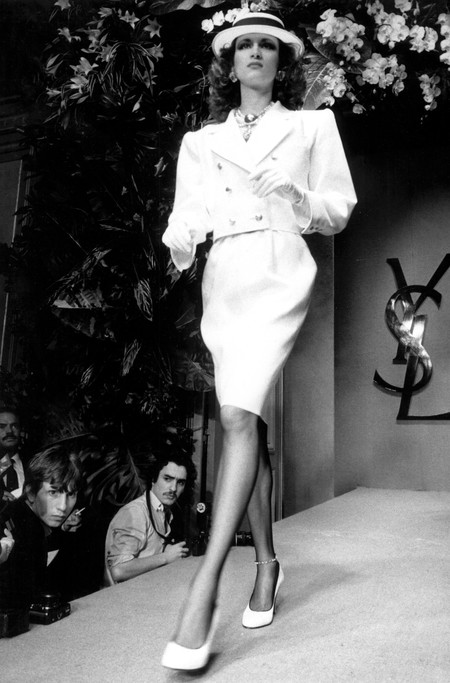 Le Smoking, the sharply tailored, all-black tuxedo, remains the signature style that defines Saint Laurent’s impact on fashion. A revolutionary addition to his 1966 haute couture collection, it hit the runway in Paris to mixed reviews. Fashion buyers didn’t include it in their stores, but celebrity trendsetters like Bianca Jagger, Catherine Deneuve and Nan Kempner were among the first to wear it. In 1975, fashion photographer Helmut Newton shot the look for French Vogue on a dimly lit cobbled street in Paris and secured its now-iconic status. 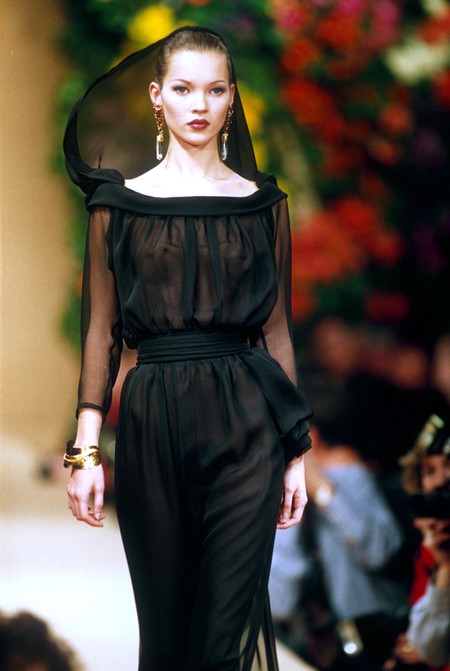 Saint Laurent continued to build upon his stellar design portfolio, but in 1998 he handed the ready-to-wear line over to Alber Elbaz to focus solely on the couture line. Backstage at his debut show, Elbaz famously said: “I don’t want to do Alber Elbaz for Yves Saint Laurent. I want to do Saint Laurent by Alber Elbaz.” Perhaps this attitude is why his stint was somewhat short-lived. After just three seasons he was dismissed from the label and joined Lanvin where he remained until 2015. The House of Yves Saint Laurent was bought by the Gucci Group and Elbaz was soon replaced by Tom Ford, who was also heading up Italian label Gucci at the time.

Ford signified a new mood for the label. His debut collection was designed to make an impact, and it presented monochromatic looks completely void of the accessories that Saint Laurent had worked so hard to perfect. The relationship between the two creatives was tense, with Ford claiming that Saint Laurent didn’t approve of his vision for the brand, despite critical acclaim and sky-rocketing sales. 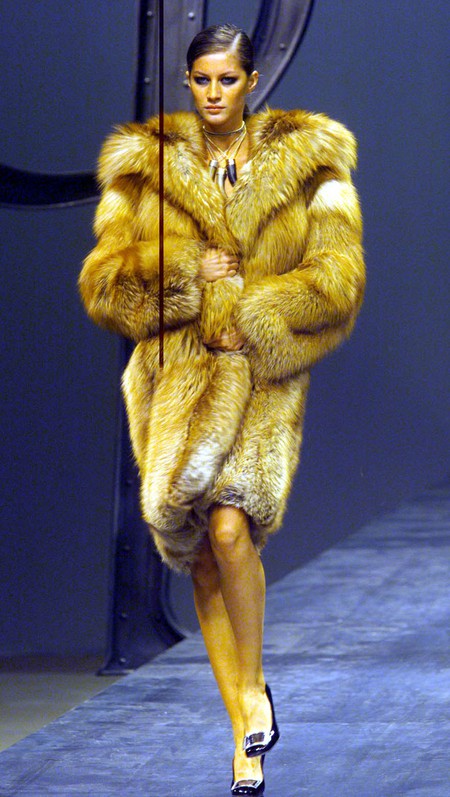 In 2002, Saint Laurent retired to Marrakech after battling with health and drug issues, and the bow that he took at his final show – one that presented a nostalgic look back at 40 years of work – was openly emotional. The couture side of the fashion house was officially closed and the focus was placed solely on ready-to-wear under the banner Yves Saint Laurent Rive Gauche.

Between 1999 and 2004, Ford worked relentlessly to perfect 16 hotly anticipated collections a year for both Yves Saint Laurent and Gucci, so it came as little surprise when he combined his efforts and launched his own namesake label. It was former Miu Miu designer Stefano Pilati who took over as creative director. His first collection in spring/summer 2005 presented a feminine silhouette that felt new (and somewhat off-track) for Saint Laurent, with wide waist belts and voluminous skirts replacing the sharp tailoring and minimal details that it had become known for. In 2012, he was replaced by Hedi Slimane. 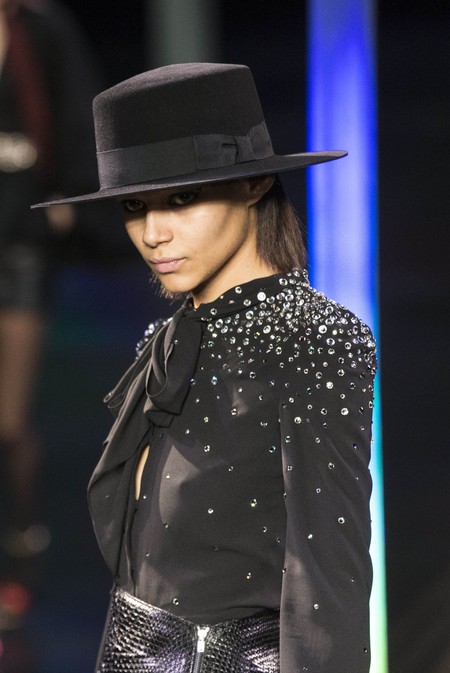 While each of Saint Laurent’s successors had undoubtedly made their mark on the fashion house, none transformed it quite like Slimane. His dramatic four-year rebranding of the label, which stripped ‘Yves’ from the nomenclature, certainly divided opinion. Saint Laurent Paris was on the receiving end of a media backlash, which is perhaps why Slimane chose a life in LA and famously avoided press exposure in favour of his singular vision.

It is this vision that embodies what we know to be the Saint Laurent ‘look’ today, and it’s consistent across both the men’s and women’s collections. Luxurious, beautifully crafted leather biker jackets and rock-inspired boots have become the house forte as well as metallic party dresses that reference the edgy glamour of the 1970s and 1980s. Slimane took a unique and controversial approach to runway shows, casting models reminiscent of the Kate Moss ‘heroin chic’ era, playing music recorded especially for the event and fusing men’s and women’s collections in a bid to emphasise the gender-fluid message. It is now a label that embodies youth culture, taking its classic pieces and elevating them to premium status in a way that feels rebellious and cool. 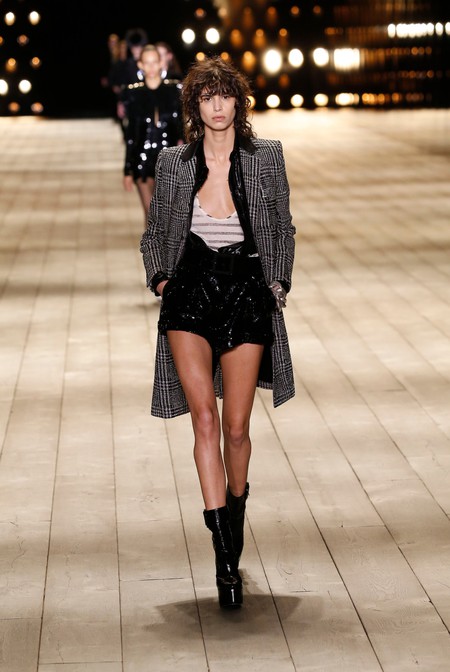 In 2015, Slimane announced the relaunch of the couture line – a project that he had been perfecting since his appointment three years prior. With such significant change underway and a hugely profitable few years for the fashion house, it came as a shock when Slimane’s contract was not renewed. On 1 April 2016 it was announced that he would be leaving Saint Laurent. Lawsuits ensued and were only settled when Slimane won his case in April 2018. His successor, Anthony Vaccarello, remains at Saint Laurent to this day and he brings yet another fresh outlook on how the label should be driven forward.

So far, the look sits somewhere between what Yves Saint Laurent first showcased and Hedi Slimane reinvented, but time will tell what’s next for the House of Saint Laurent.

You may also like: The History of the House of Dior