The Gluten-Free Guide to Paris 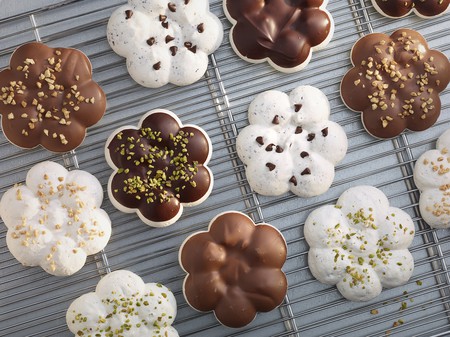 Five years ago, you’d have struggled to find anywhere in Paris catering to a gluten-free diet. Today, sufferers of coeliac disease and those who prefer life without the devilish protein have dozens of dedicated patisseries and restaurants to choose from. In addition to the best of these, our guide contains everything you need to know, not just to survive but thrive in the capital of carbs.

Foucade Paris is a chic patisserie in the 1st arrondissement that is resolutely gluten-, lactose-, and additive-free. Everything is prepared following an in-house nutritional philosophy of nine principles, such as avoiding empty calories, reducing saturated fats, maximizing fruit and vegetable consumption, respecting nature, and minimizing waste. You can’t argue with those! 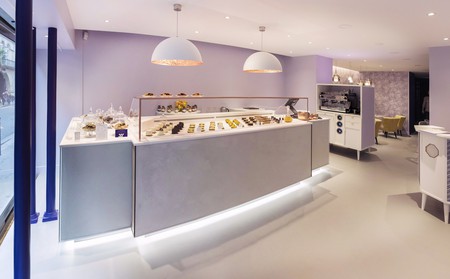 Chambelland is the first and only entirely gluten-free bakery in Paris. Legendary chef Alain Ducasse is a huge fan of this 11th arrondissement address and its rice flour, which is produced at the Chambelland mill in Provence, is guaranteed to be traceless. As well as crusty breads, you can sample cakes, tarts, and even chouquettes (little sugar-encrusted puffs of joy). 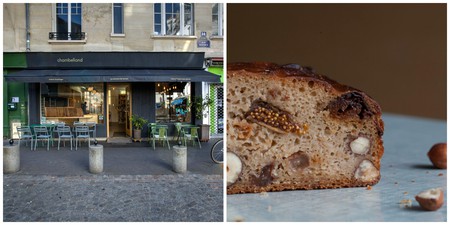 Opened in 2012, Helmut Newcake was hot on the heels of Chambelland and remains an outstanding purveyor of gluten-free treats.

At My Free Kitchen in the 9th arrondissement, everything is homemade and organic and nothing contains any gluten or dairy. The menu changes every single day and you can check it out beforehand on the restaurant’s Facebook, Instagram, and Twitter pages from 11AM. There are always plenty of options for vegetarians and vegans as well. At lunch, you can expect eggplant quiches, soups, and salads, and for dinner some scrumptious pizzas, bruschettas, and sharing platters. On the drinks front, you have the choice of everything from L’Arbre à Café coffees to baobab pulp juice and rice beer. They have it all! 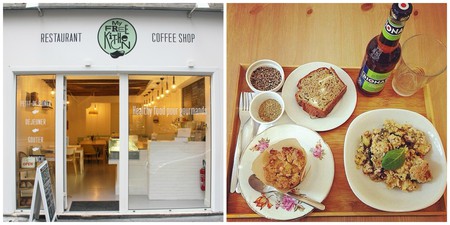 Bears & Raccoons is a champion of the fastgood revolution that is taking Paris and the world by storm, and an ideal pit stop for lunch or an early evening apéro. Everything on the menu is gluten-free; from the signature sandwiches to the brownies, cakes, beer, and fresh hazelnut coffee and homemade pastries. The small grocery store also stocks a range of coeliac-friendly products, including cupcakes, jams, and pastas. 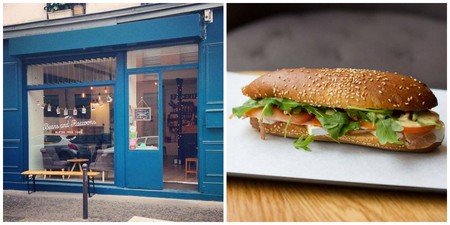 The wonderfully girly La Guinguette d’Angele takeout and restaurant between Les Halles and the Palais Royal is tiny but a must-visit for a detoxing lunch. All of the organic and gluten-free recipes are original and super-healthy. You can also try them at the tea room in the 11th arrondissement, or the brunch at Alcazar in Saint-Germain-des-Prés. Better yet, you can buy the book Délicieusement Green and put them to the test in your own kitchen.

Noglu will always be remembered as Paris’ first entirely gluten-free restaurant. Located in the Passage des Panoramas, one of the 2nd arrondissement’s quaint covered shopping arcades, this stalwart of the scene now boasts two more locations in the 3rd and 7th arrondissements, and a takeaway across from the original, where you can grab a quiche and a cake for the road.

La Meringaie is the ultimate destination for lovers of pavlovas. This specialist bakery in the 17th arrondissement makes the most unbelievably fluffy and melt-in-your-mouth meringues and gently perfumed whipped cream, all of which are 100% gluten-free. It caps these off with fresh fruits that change with the seasons. So, don’t hold back, go wild and try whatever creations catch your eye! 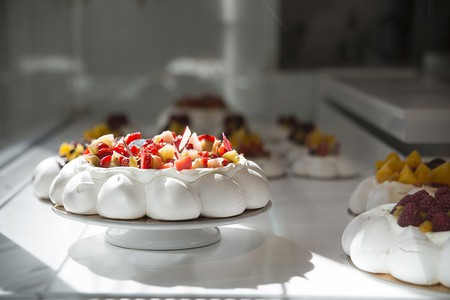 Located on rue du Temple, close to Le Marais, Yummy & Guiltfree does some of the best sweet and savory waffles in the entire city, which also happen to be made without the slightest hint of gluten. If you’re in doubt as to which of the delicious creations to try first, go with the croque monsieur – a classic that goes down a treat every time. 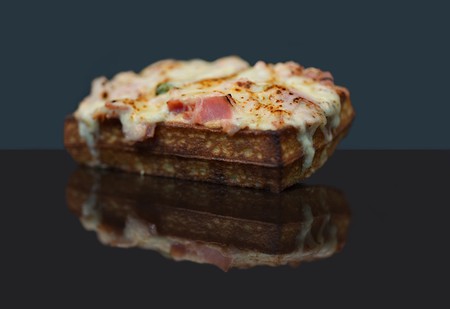 Originally from Italy, Grom has three locations in Paris, one in each of the 4th, 5th, and 6th arrondissements. This international chain of gelaterias has recently gone entirely gluten-free, so you can eat the cones now too, as well as the ice creams and sorbets, without worry.

Juice It at the Palais Royal is a contemporary bar and restaurant that is most famous for its fresh fruit juices and smoothies. On the food side of things, you’ll find a super range of quiches, salads, soups, and cakes. Rest assured, absolutely everything on the menu is gluten- and lactose-free.

While there aren’t dedicated gluten-free supermarkets or markets in Paris, there are several chains of natural and organic food stores that carry an extensive range of relevant products. The most numerous of these is Naturalia, which you’ll find in almost all neighborhoods these days. Bio C’Bon is another reasonably widespread store, though you’re more likely to find it in central Paris or the trendier neighborhoods in the east. Pimlico is another name to remember, though it has only two locations for the moment, in the 12th and 14th arrondissements. 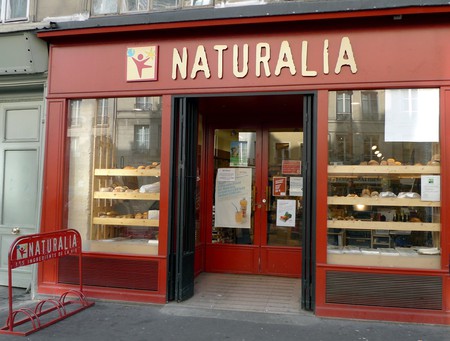 Nowadays, even regular grocery stores, like Franprix and Carrefour have an aisle or two dedicated to special diets, including gluten intolerance.

For more ideas on recipes and healthy living in general, you can follow Clemsansgluten, a champion blogueuse in the French gluten-free domain. She’s on all social media feeds and her Instagram holds some particularly mouth-watering offerings.

With Love – Allergen Free is a culinary movement with a strong Facebook presence, directed at anyone directly or indirectly affected by food intolerance, and cooking enthusiasts who want to get better at accommodating them. Its goal is to act as a resource for people in France by encouraging its members to share recipes, prepare and trial new dishes, and pass on any helpful ideas.

For even more information, check out the website of L’Association Française Des Intolérants Au Gluten.

Niépi is France’s leading magazine in the art of living without gluten. Created by sufferers of coeliac disease, it aims to make living with the intolerance as easy and fun as possible for its readers. It contains tips and tricks for healthy living, recipes from chefs, addresses of the new, hot gluten-free shops and restaurants across the country, and profiles on gourmet getaways.

The website Gluten-Free in Paris is another extremely helpful resource, providing an exhaustive list of gluten-free or gluten intolerance-friendly addresses in the capital. Its creators are also behind La Semaine du Sans Gluten, which was held most recently in November 2016. It consists of seven days of seminars and events promoting gluten-free dining in Paris, taking in 14 locations in the city.