The City of Lights: The Top 10 Films Set in Paris 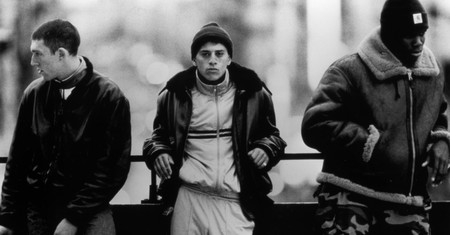 From dreamy romances to dystopian horrors, these are the 10 movies set in Paris that you must see before visiting. They’ll enhance your understanding and appreciation of the city, and you’ll never look at its iconic landmarks in the same way again.

The sixth instalment of the Mission Impossible spy film series, written, produced and directed by Christopher McQuarrie, offers a thrilling taste of the French capital. As Hollywood star Tom Cruise is involved in a frantic car chase through the boulevards of Paris to secure a dangerous dose of plutonium, the landmarks come to life like never before. From a helicopter flight over the Eiffel Tower to parachute landing on the glass roof of the Grand Palais, and from racing the wrong way around the Arc de Triomphe to a speedboat chase beneath the tunnels of the Canal Saint-Martin, there’s never a dull moment in Mission: Impossible – Fallout. The nightclub scenes will get you excited to party in Paris, too. 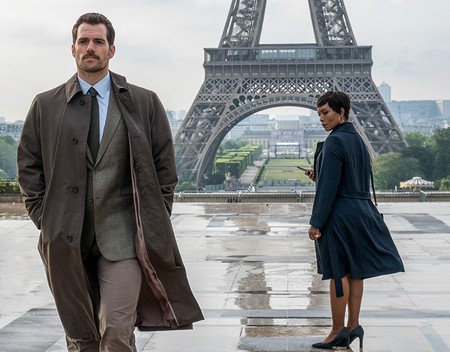 Originally titled Le Fabuleux Destin d’Amélie Poulain, this highly successful romantic comic fantasy tells the story of Amélie, a young woman with a keen imagination and an active fantasy life. When Princess Diana dies in the summer of 1997, Amélie is reminded that life can be fleeting, and she decides it’s time for her to intervene in the lives of those around her, hoping to bring a bit of happiness while struggling with her own isolation. The film has won several awards and was number two in Empire magazine’s list of The 100 Best Films of World Cinema. The film is set in the picturesque neighbourhood of Montmartre, and it’s still possible to follow her footsteps and delve into her dreamy world, if you know where to look.

Unfolding over 19 hours, La Haine (Hate) offers a realist take on the violent, lawless existence of three underprivileged youths (Vincent Cassel, Hubert Koundé and Said Taghmaoui) living in the banlieues (suburbs) of Paris. The story originated in the April 1993 shooting death of Makome M’Bowole, a Congolese teenager, in police custody, and was further inspired by the killing of student protester Malik Oussekine.

Mathieu Kassovitz’s landmark film, partially based on his own experiences, was attacked by some critics as a caricature of the French underclass and its antagonistic relations with the police. It includes footage from the 1986-96 Paris riots and so offers a good insight into the protest culture that still reigns strong here. Kassowitz was named Best Director at the Cannes Film Festival. 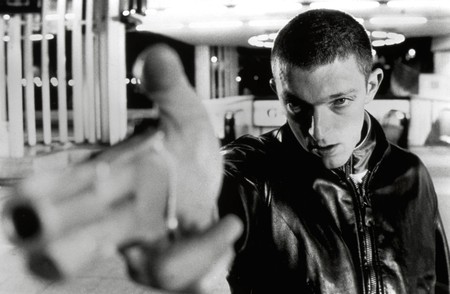 Dans la brume (Just a Breath Away) is a dystopian thriller set on the streets of Paris. When a toxic cloud of fog descends one day, killing the majority of the population, the city of romance grinds to a complete standstill. Paris’s most iconic landmarks, such as Notre-Dame and Montmartre, gain a whole new meaning as survivors flock dismally to the highest vantage points to survey the situation.

While the reasons for this meteorological disaster are left unexplained, the film serves as a shocking wake-up call in the context of climate change and pollution. But there’s also a story of love in this apocalyptic nightmare. A family strives to save their daughter from this deadly cloud – she has a genetic abnormality that forces her to remain enclosed in a sterilised capsule inside her bedroom. There’s a heartwarming twist as the girl is able to survive the toxic mist and roam the city freely.

Albert Lamorisse’s 1956 children’s classic Le ballon rouge (The Red Balloon) tells the story of a Parisian boy (played by the director’s son Pascal) who retrieves a balloon tied to a lamppost, only to discover that it has a mind and personality of its own. It follows the boy around the streets and the two form an almost inseparable bond.

Shot on location in the Ménilmontant section of Paris, the film depicts a labyrinth of narrow alleys and cobblestones set against an overwhelming canvas of grey. The appearance of the balloon’s blazing-red roundness serves as a symbolism of hope. Despite its seemingly effortless naturalism, the piece required a host of complex cinematic tricks during its filming. In a sense, The Red Balloon is one of the all-time greatest examples of pure cinema, and it won the 1956 Academy Award for Best Original Screenplay. 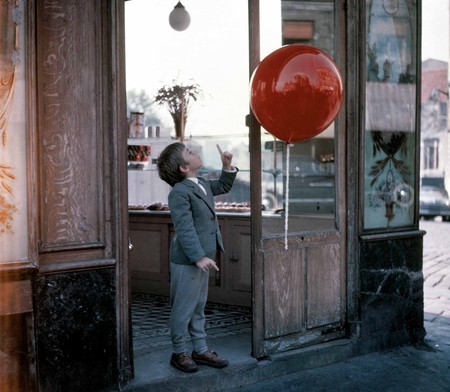 A unique anthology film created by 20 acclaimed filmmakers from around the world, Paris, je t’aime (Paris, I Love You) features 18 short stories, each set in a different part of Paris and made by a different cast and director.

In ‘Faubourg Saint-Denis’, Tom Tykwer directs Natalie Portman as an American actor who is the object of affection of a blind student (Melchior Belson). Christopher Doyle‘s ‘Porte de Choisy’ follows a salesman (Barbet Schroeder) as he tries to pitch beauty aids in Chinatown. Nick Nolte and Ludivine Sagnier are father and daughter in ‘Parc Monceau’ from Alfonso Cuarón. Animator Sylvain Chomet turns his eye to a pair of living, breathing mimes in ‘Tour Eiffel’. Paris, je t’aime provides an insightful, multicultural look at the City of Lights. 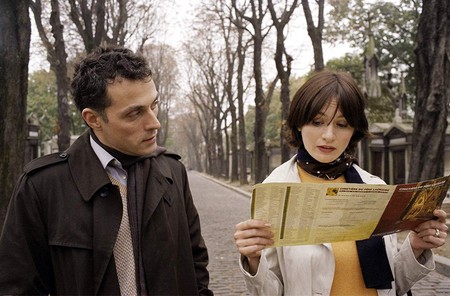 A fine example of cinéma-vérité, C’était un rendez-vous (It Was a Date) is an illegal and uncompromising documentary, shot in one take. The director, Claude Lelouch, starts his car early one morning and races through Paris with complete disregard for traffic lights, one-way streets, cars, buses and pedestrians, to meet with his wife eight minutes later in one intensely romantic ending.

The camera is attached to the front bumper of his Mercedes, which reaches speeds of 150 kph (93 mph). Lelouch was arrested after the first showing of the film, which lead to the footage spending many years underground, and only recently being released on DVD (in 1992 Pyramid Film and Video released a low-quality tape priced at £32, making it one of the most expensive videos to obtain). 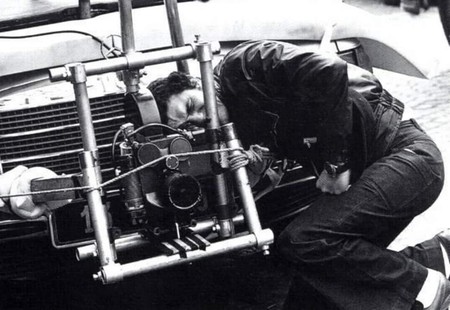 Bande à part (Band of Outsiders) tells the story of two restless young men (Sami Frey and Claude Brasseur) who persuade a young woman (Anna Karina) to help them commit a robbery in her own home. This gangster film features some of Jean-Luc Godard’s most memorable set pieces, including the headlong race through the Louvre and the infamous Madison dance sequence.

The film’s style is that of New Wave cinema, with the desire to shoot more current social issues on location, and the intention of experimenting with the film form. Using portable equipment and requiring little to no setup time, the New Wave method of filmmaking presents a style similar to a documentary. Film techniques included fragmented storytelling, discontinuous editing and long takes. 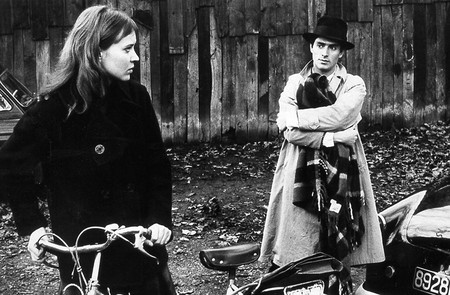 A period fantasy in impressive colour, Jean Renoir’s French Cancan is a musical comedy offering a kind of continuous, bustling choreography. It presents the opening of the world-renowned Moulin Rouge and the story behind the success of the cancan. Although consciously ahistorical, distorting known facts about the founder of the Moulin Rouge, it’s a much more abstract and less politically anchored version of the films Renoir made during the 30s.

Unlike its predecessors, French Cancan is deliberately removed from real life, far from the sociopolitical focus of Renoir’s previous works. Despite this, it might also be argued that its multinational attributes give this film a certain universality. Either way, you’ll appreciate a trip to Moulin Rouge all the more after watching this film. 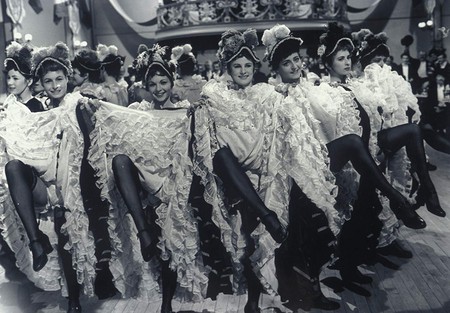 Charade is a stylish comedy-thriller, in which a trio of crooks relentlessly pursue a young American, played by Audrey Hepburn, through Paris in an attempt to recover the fortunes her dead husband stole from them. The film is often described as ‘the best Hitchcock movie Hitchcock never made’. Cary Grant and Hepburn have considerable charisma and chemistry, and Walter Matthau, James Coburn and George Kennedy add strong supporting roles. Action sequences include a sprawling fight scene that ends on a Parisian hotel roof and a riveting climactic showdown. The film’s real climax, though, is the romantic final scene, cementing Paris’s reputation as the city of love. 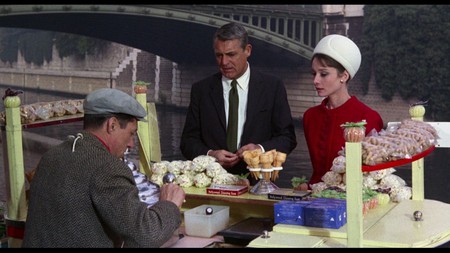