The Best Places To Run In Paris

One of the best ways to explore a new city properly is to get out a map, pull on your running gear and get moving. Be it day or night, be you athlete or casual runner, there’s something for everyone in our list of the best places to run in Paris.

Kicking off the list with the biggest – but by no means best – park in Paris, the Bois de Vincennes is situated at the eastern edge of Paris and is the place to go for you runners who never seem to get tired. While Paris’ streets are great to run around, Bois de Vincennes offers the nature that can often be lacking in a city; with its English landscape garden, botanical garden and four lakes, you’ll no longer feel like you’re in a bustling city at all, and with all those trees, your lungs are sure to thank you for it. 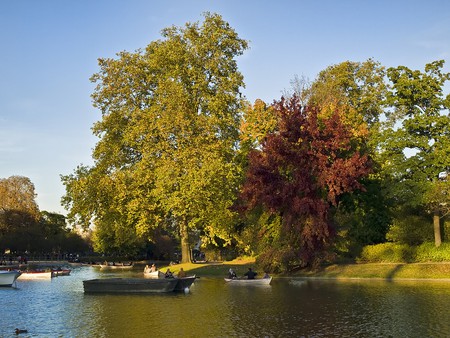 If you’re looking for somewhere a little more central, the famous Jardin des Tuileries is perfect for those early morning runs when it’s a struggle to get yourself out of bed. Significantly smaller than the Bois de Vincennes, Tuileries Garden is great for lapping, meaning you can concentrate less on where you’re going and more on the sublime scenery surrounding you – not too hard a task for that tired head. The garden is great as you can go for as long or as little as you like – reassuring for the short-distance runner. Stop off for a coffee in one of the cafés nestled inside after your run, and you’ll be ready for the day ahead in no time. 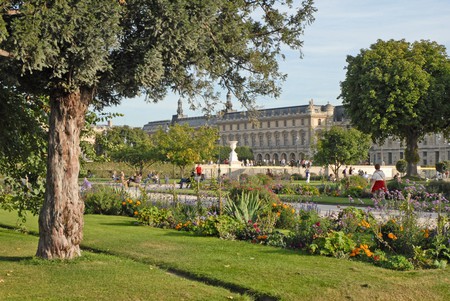 Off-the-beaten track, literally, is La Coulée Verte, a 4.7-kilometer elevated park built on old railway infrastructure. It’s situated in the 12th arrondissement of Paris, starting at Bastille and going on the the Bois de Vincennes. Although not the longest of routes, it’s ideal to tie in midway as it will give you a welcome change from the busy streets; your chances of knocking over an ongoing pedestrian are significantly reduced on this path. As well as the open space, you will enjoy changed scenery, with enclosed sections lined with modern buildings and open ones giving you expansive views of Paris in all its glory. 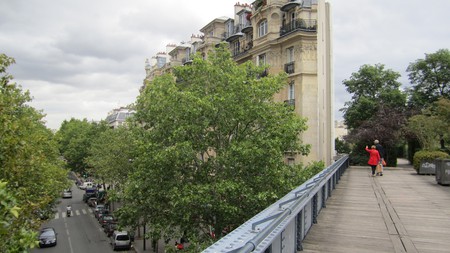 For you night runners, a simple, straight run on the banks of the Seine is sure to appeal. Far from being quiet and precarious at night, the banks of the Seine seem to come alive with bars, restaurants and – you probably didn’t guess it – lots and lots of runners. With its flat surface, bright lights and regular water fountains, it makes for the perfect creature-comfort run to really immerse you in the fabulous city at night, showing you a different side to Paris in the process. 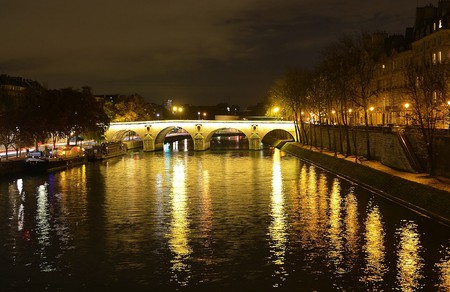 Located in the 5th arrondissement and comparable to the Tuileries for running, Jardin des Plantes is perfect for laps, due to its rectangular shape. What, however, is not similar are the surroundings you will see. Jardin des Plantes is Paris’ main botanical garden; in other words, it is absolutely beautiful. What with all the sights and smells of the phenomenal array of flowers, along with the intricate, glass buildings that line paths throughout the garden, you may find yourself so distracted that you forget you are running at all, which is never a bad thing. 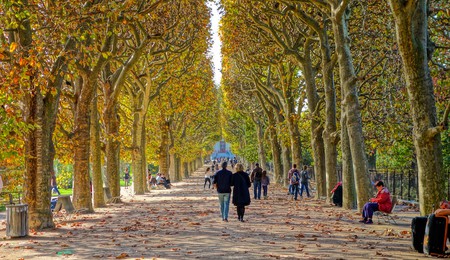 Canal St. Martin usually goes relatively undiscovered by tourists, as it is quite far from the attractions nearer the center. It’s very authentically Parisian, and the best way to fit in is to join the stream of runners who pace along its banks. The surroundings are picturesque and will show you a different, quirkier side to Paris, with its brightly painted buildings and chic terrace restaurants. You’re sure to pass more than a handful of cool spots to stop for breakfast after the 4.5 kilometers that it covers, as it’s becoming a progressively fashionable location with eateries popping up all over the place. However, if you’re not ready for breakfast yet, Canal de L’Ourq – which it streams into – will offer you a run that’s sure to get your appetite going. 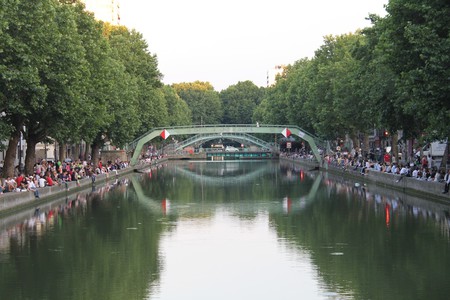 Much longer than Canal St. Martin at a lengthy 108.1 kilometers, Canal De L’Ourq offers the distance you need to clear your head over and over. No cars and few pedestrians, you can run for hours on end in the serenity the banks offers, and the further you go, the greener it gets – drifting out of Paris, you’ll be immersed in the nature that comes with outer-city running. A breath of fresh air and a chance to push yourself distance-wise, Canal de L’Ourq is perfect for those times when the bustle of the city gets to be a bit too much. 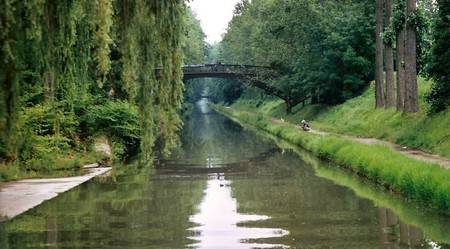 Not quite as large as the Bois de Vincennes – but just as lovely – Les Bois de Boulogne sits on the other side of the city in the 16th arrondissement. The area is fantastic for running as it offers lots of different options: the footpaths that trace around the two lakes create the perfect ‘lap,’ while delving a little deeper into the woods will find a running track with regular, wood-built obstacles – a nice challenge and change from your usual run. The park is vast, but with maps and water fountains scattered throughout, there is no need to fret about so losing yourself a little between the trees. 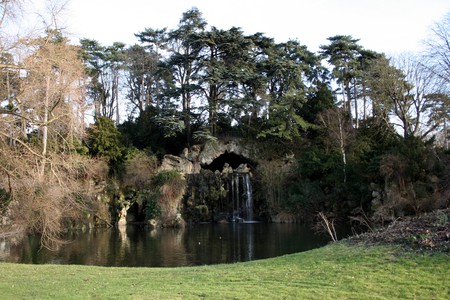