The 10 Unforgettable Graves to See In Père Lachaise Cemetery

Both the largest Parisian park and cemetery in one, Père Lachaise makes for an odd attraction but is certainly worth a look in during a stay in France’s capital. Nobody can say for certain how many people are buried here, but estimates vary from 300,000 to 1,000,000. What’s for sure is that it is the permanent resting place of a variety of famous figures. Our Top 10 give an idea of where to start looking for the most iconic of sepulchers within its boundaries. 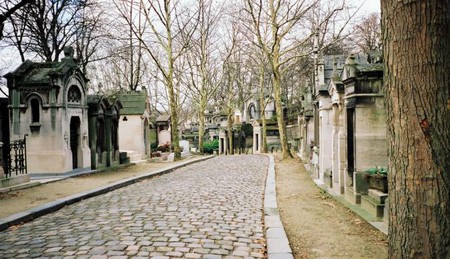 Hundreds of thousands of lipstick marks cover the glass façade of Oscar Wilde’s tomb, as well as flowers, letters and various other bizarre items and trinkets. The tomb, designed by Jacob Epstein in 1914, features the sculpture ‘Modernist Angel’, which is roughly three meters tall and very impressive. A certain amount of controversy surrounded the construction of the tomb, with fans unimpressed by the choice of the sculptor, critics insisting Wilde did not merit such a tomb and Wilde’s literary executor trying to work out who the generous benefactor, who made the whole tomb possible, might be. Nowadays it is remarkable if the old bard gets any rest with the 1,000 visitors who come to see him each day.

This is a surprisingly tricky grave to find, but you’ll hear it before you see it. Locals and fans often install a speaker playing some of the Polish composer’s most famous work to alert visitors to his whereabouts. Interestingly, all of Chopin’s remains are buried here save for his heart, which was returned to his home town in Warsaw. A statue of Eugène, the muse of music sits atop the gravestone, mourning over a broken lyre.

With a life story to rival most soap operas, Piaf’s life began and ended in Paris. Despite suffering severe poverty and destitution as a child, Piaf’s talent for singing was her ticket off the streets and into bars and clubs (including the hangouts of Nazi officers for whom she was obliged to perform) and eventually onto the global music scene. Piaf’s career was short and plagued with misfortune but her fan base was huge, with over 1,000 people paying their respects and coming to view her body after she died. Her grave is almost always colorful, with visitors bringing flowers to adorn it each day. 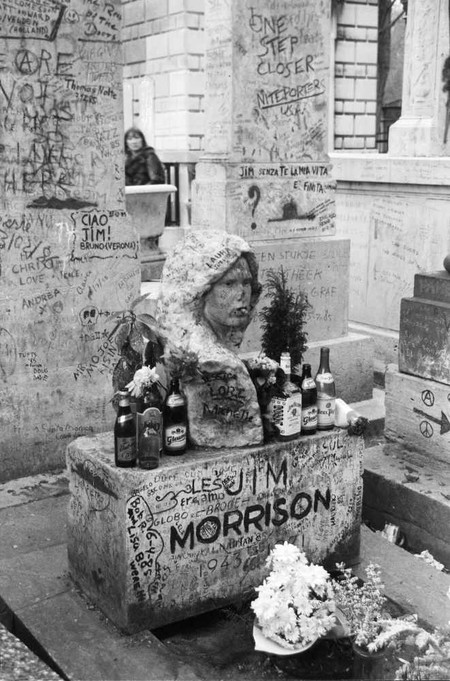 Soon after Morrison died (in Paris, of a suspected drug overdose), his body was placed in an unmarked grave in the cemetery. When the decision was made to mark the grave with a simple sign it was promptly stolen. After the same thing happened to a bust of the musician, a guard was installed to ensure that visitors did not deface or destroy the grave in any way. Today, pilgrims to the tomb of The Doors‘ front man leave messages, flowers or poems in their wake, making it one of the most visited graves in the cemetery. 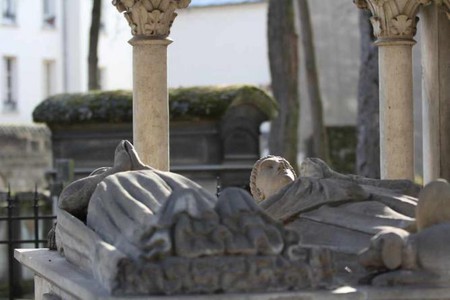 The remains of these two ill-fated lovers were moved to Père Lachaise in 1817 by Josephine Bonaparte, who was so moved by the story of their romance that she became intimately concerned with the state of their bodies. The story goes that 12th-century theologian Abelard was employed to instruct intellectually-gifted Heloise, the niece of the Canon of Paris. Despite their 20-year age difference and the strict laws of the time, both fell in love and Heloise became pregnant with Abelard’s child. They fled to Brittany and married but were soon discovered by Heloise’s uncle. Heloise was forced to become a nun and poor Abelard was forcibly castrated and took the Holy Orders. The two never saw each other again, but wrote letters to each other for the remainder of their lives. 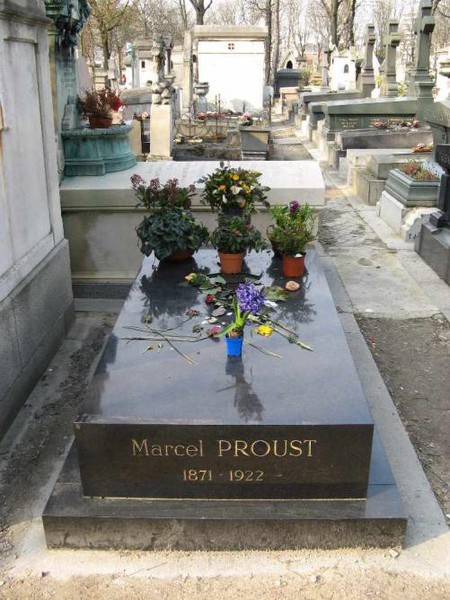 The darling of French literature enthusiasts, Marcel Proust’s most famous novel A la Recherche du Temps Perdu has infiltrated Western culture indefinitely, with its Madeleine extract repeated again and again to show the link between sense and memory. His work was largely published posthumously as his life was cut short by pneumonia at the age of 51. His grave is simple and small, and thus often passed-by, but the effect this author had on culture and philosophical research can not be overstated.

Buried under his stage name (nobody would recognize Jean-Baptiste Poquelin anyway), Moliere’s tomb is among the most visited in the cemetery. He is famous for his plays such as Tartuffe, The Misanthrope, and The Bourgeois Gentleman. His actual burial in Pere Lachaise was surrounded by controversy too, as he was an actor as well as a playwright. Traditionally actors were not allowed to be buried in consecrated ground. However, a loophole was found and he was eventually buried among infants who died before baptism.

Unfortunately strangled when her scarf caught in the wheel of her car, Isadora Duncan was always fond of Paris, where she eventually settled, especially after her American citizenship was revoked following some hedonistic behavior or other. Widely renowned for her focus on emotion and expression in the realm of dance, which was in contrast to traditional ballet forms, her contribution to the world of performing arts lives on to this day. 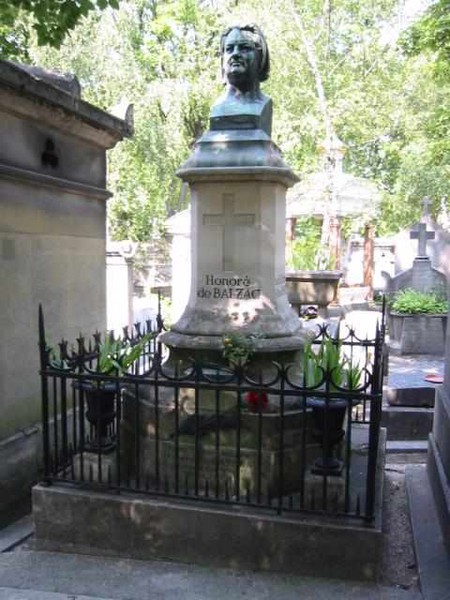 Author of the great novel series La Comédie Humaine, Balzac loved to walk among the tombs in Pere Lachaise. If he was alive to appreciate it he would surely be delighted to be buried amongst his heroes today. He is buried alongside his wife, with a bust of himself (made by David d’Angers) and a figure of a feathered pen with a copy of La Comédie Humaine below. 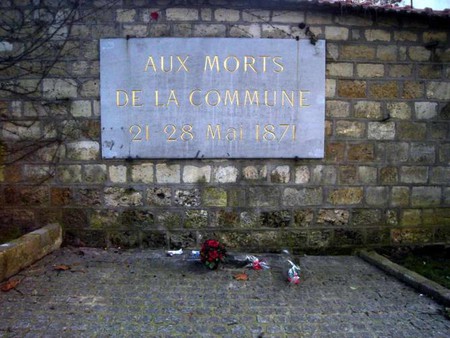 This wall marks the deaths of 147 combatants (men, women, and children) of the Paris Commune who were forced to stand in front of the wall and were shot, falling into an open trench in 1871. The wall became particularly important for French socialists, who saw it as a symbol of the French people’s struggle towards liberty. The wall is, in comparison to the rest of the cemetery, quite simple, but acts nevertheless as a sobering reminder of political and ideological conflicts around the world.