The Best Nightclubs in Paris 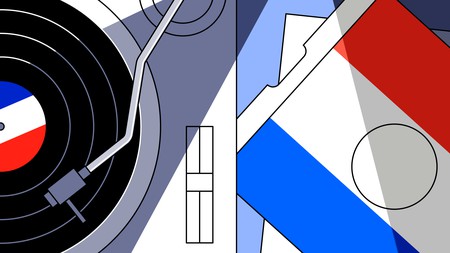 Paris is home to a host of nightclubs that are bound to get the pulse racing. The establishments here are open until the early hours and range from music venues nestled in old factories to more upmarket hang-outs on the Champs-Élysées.

Music Venue
Facebook
Email
Twitter
Pinterest
Copy link
Share
Map View
Set up near Ménilmontant Métro station and nestled in a corner of Paris that’s quickly rising to become one of the city’s hip, modern hang-outs, La Bellevilloise is a jewel of the 20th arrondissement. By day, it’s a fabulous art and cultural centre for exhibitions, film screenings, concerts and events, with a bright, ambiently lit café. By night, it becomes a trendy indie clubbing experience. Believe it or not, the venue was the site of Paris’s first workers’ cooperative and has been an important cultural landmark since 1877. Today, the building has two levels, a terrace and sofas to snuggle on with friends.
Open In Google Maps
19-21 Rue Boyer, Paris, Île-de-France, 75020,
+33146360707
Visit Website
Visit Facebook page
Give us feedback

Tucked away in the basement of Le Palais du Commerce shopping centre in the 10th arrondissement of Paris, La Java is a true nightlife gem. It is a historic place dedicated to alternative, underground and emerging new music talent. Its eclectic programme offers the opportunity to discover unique musical talent before they go live to the world – as it happens, Édith Piaf and Django Reinhardt both played here before they became famous. La Java also hosts LGBTQ evenings regularly that are incredibly popular. 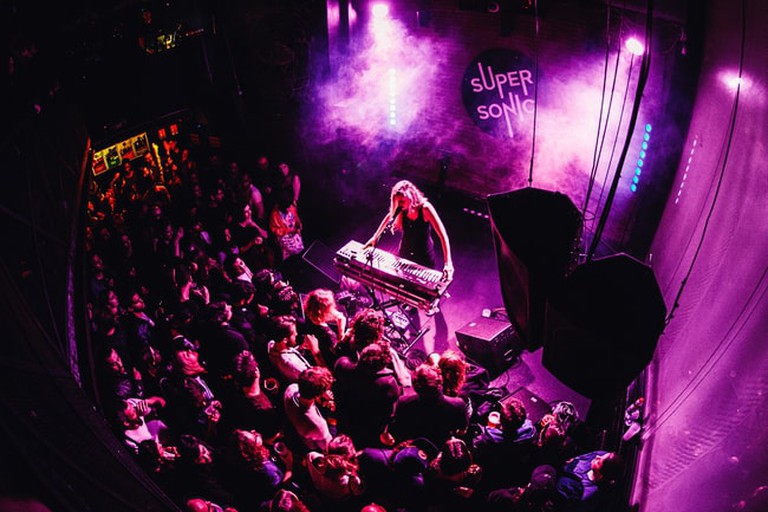 Located in an old factory where natural moonlight melts into the warm colours of the club, Supersonic is Paris’s new indie music hotspot. With three up-and-coming bands on stage every night and themed weekend club nights spanning Britpop, new wave and indie rock, you’re guaranteed to have a great time. It’s also good value for your money, with delicious cocktails and beers on offer for just €3.50 (£3) during happy hour. And did we mention the tasty hotdogs? 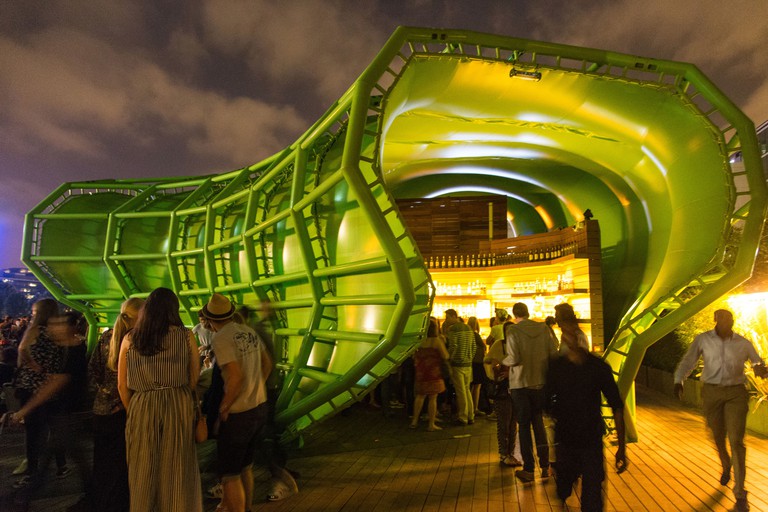 Wanderlust is one of Paris's coolest clubs | © FORGET Patrick / SAGAPHOTO.COM / Alamy Stock Photo
Wanderlust, which is actually part of Les Docks, is a nightclub that rises above all expectations of a traditional great night on the town. The modern complex is dedicated to fashion and design by day; it attracts a young hipster crowd, before being commandeered by strobe lights and loud music by night. The club has a 1,600-square-metre (17,200-square-foot) terrace where you can dance under the stars when the weather is good in summer and a large space with a club area and restaurant. Wanderlust has been a favourite on the nightlife scene since it opened in 2012.
Open In Google Maps
32 Quai d'Austerlitz, Paris, Île-de-France, 75013,
+33687394355
Visit Website
Give us feedback 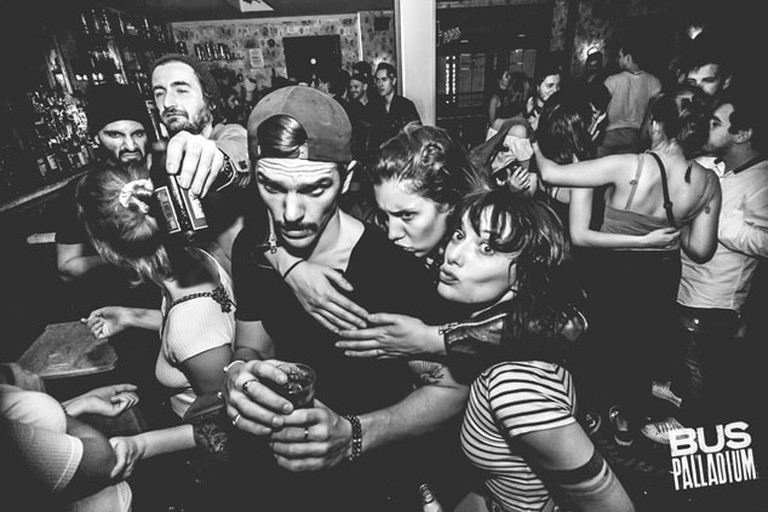 Le Bus Palladium is an iconic nightclub in the heart of Pigalle that has been going since the Swinging Sixties. Unlike most other nightclubs in the city, this place is a legendary rock venue that has welcomed the likes of Mick Jagger and Eddy Mitchell to the stage. But you can also enjoy hip-hop and electro across its three floors as well as high-quality food at its American diner. There’s never a dull moment here: the club hosts karaoke on Wednesdays and cinqequizzes, stand-up comedy, DJ sets and live music on other nights. Tuesday is ladies’ night where entry and drinks are free for women. 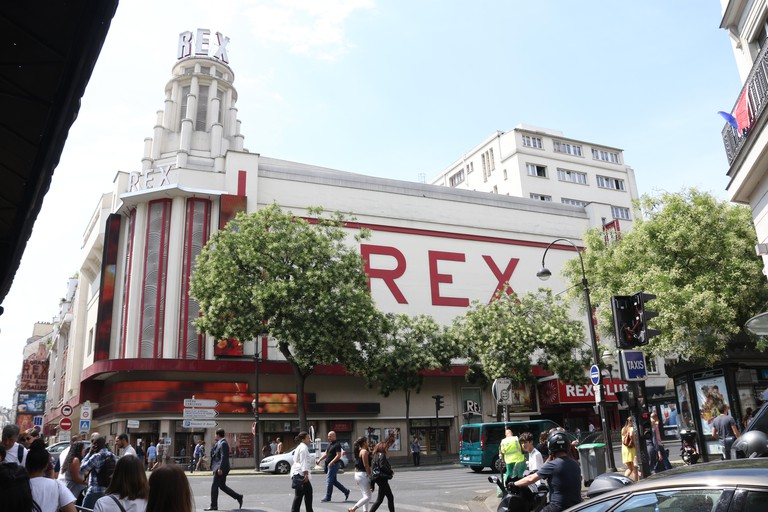 Dance the night away at Rex Club | © Richard Milnes / Alamy Stock Photo
The Rex Club has been a huge name on the clubbing landscape for years, with enough bass-heavy techno, house music and electronica beats to keep you dancing until the wee hours. As it happens, the Rex Club is attached to one of the most famous cinemas in Paris, the Grand Rex, which helps boasts an impressively packed programme of performances. The venue is particularly popular with international travellers looking to meet new people and party hard, so be prepared for a whirlwind evening.
Open In Google Maps
5 Boulevard Poissonnière, Paris, Île-de-France, 75002,
+33142361096
Visit Website
Give us feedback

Previously known as L’Heritage, but now under new management, Boum Boum is a trendy club that’s been enticing the city’s wildest fêtards (partygoers) since September 2018. Located just a few minutes away from the prestigious Avenue des Champs-Élysées, a street whose elegance is world-famous, it’s no surprise that Boum Boum attracts a cool and fashion-savvy crowd. Designed by Charles Tassin, the club has a unique arena-style set-up that makes it feel as though the whole world’s your stage. As for the decor, the club founders were inspired by 1970s retro, so you’ll find café-style mirrored tables and neon lighting. If you want a break from dancing, you can people-watch from the micro bar or soak up the views from the terrace. The clubhouse is so popular that it’s strongly recommended to arrive in advance, as the queues can be quite long.