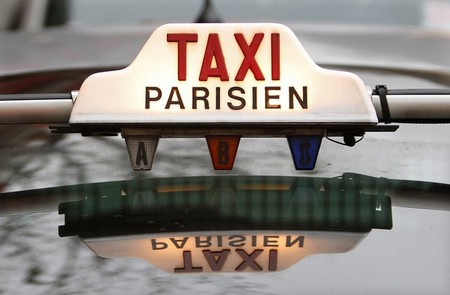 Parisian taxi drivers have worked up a reputation for being the world’s most impolite. However, the CEO of a major Paris-based taxi company is offering hundreds of drivers free ‘politeness lessons’ in order to upturn this stereotype once and for all.

There are around 15,000 taxis roaming around Paris but sometimes, it can be very difficult to actually track one down – especially during rush hour or early in the morning. This is partly why Uber has become so popular in Paris – you’re guaranteed a ride. As you’ll soon learn, if you’re set on a traditional taxi rather than one delivered by an app, your best bet is to find a taxi rank, referred to as a station de taxis, marked with a blue sign.

However, once you finally manage to flag one down, it’s not always the most relaxing experience. Parisian cabbies have long been associated with the stereotype of being unfriendly, especially if you don’t speak French. Some tourists say they play loud music so as not to converse, turn up with €10 already on the metre and get quite grumpy if you try to pay with a credit card instead of cash. 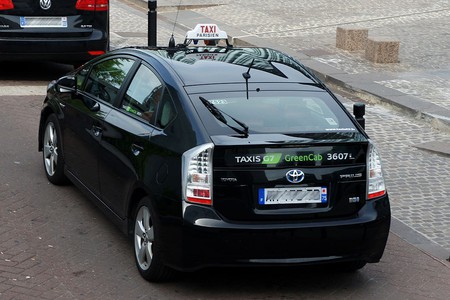 However, Nicolas Rousselet, the CEO of Paris’ biggest taxi company, G7, is now offering hundreds of drivers free ‘politeness lessons’ in a bid to change this bad reputation. He says that the success of Uber has forced them to improve their customer service inspiring a ‘cultural revolution’, with the goal of eventually reviving the traditional taxi industry currently being threatened by apps.

Drivers currently receive marks on smartphone applications that summarise their customer service performance. ‘We found that 800 out of 8,000 drivers in our Service Plus category had less than three stars on our application’, Nicolas Rousselet told The Telegraph. ‘We decided not to take them off the platform but to retrain them’.

The politeness lessons included everything from how to fulfil a service with a smile and improve basic communication skills, especially in English. It even touched on the importance of having things like an ironed shirt. Rousselet said the average mark on the application had rocketed to 4.6 stars out of five as a result of this initiative.

‘(Before minicabs), drivers treated customers as they saw fit. This unsatisfactory situation gave rise to competitors. If you don’t satisfy your customers, someone else will’, he said. As a result, the 80 drivers who failed to improve, were relegated to a lower taxi category.

Ultimately, this innovative move proves that the cold, snobby Parisian stereotype isn’t always true and that even when it is, people are consciously trying to change it in order to become more appealing to tourists. Why? Because the city is trying desperately to put itself back on the tourist map. That said, it seems like etiquette is a Parisian stereotype they’re keen to cling onto in order to make this possible.

There seems to be a wave of interest in improving customer service in Paris. For example, in the wake of comments made by French foreign minister Laurent Fabius, who claimed that France was suffering from a ‘welcome deficit’, there are now measures to make waiters more friendly currently being implemented across Paris.

Fabius remarked that overseas, visitors tend to perceive the country as unfriendly, with particular reference to Parisian waiters. ‘Even City Hall is telling us to be more smiley’, Bernard Migneau, head waiter at Paris bistro Le Petit Machon told The Wall Street Journal in an interview. 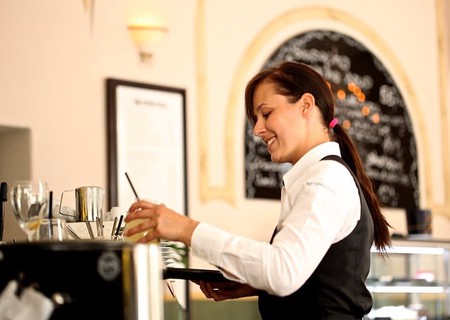 ‘We are all experiencing real pressure from L’Office de Tourisme to be cheerier and chattier – more American. But it isn’t going to happen tomorrow.’

From encouraging more smiles to sliding in the odd joke and simply being more patient when tourists try but ultimately fail to converse in French, the changes to the restaurant industry have clearly inspired the taxi industry to take action – and who knows which sector might be next.