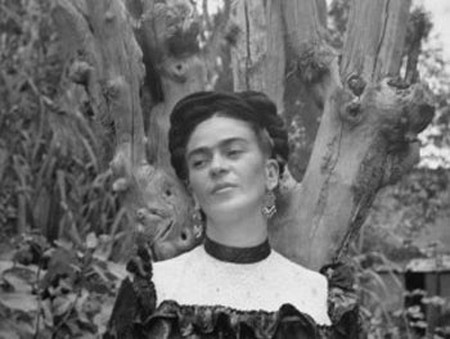 Lola Álvarez Bravo was considered the first Mexican professional photographer during Mexico’s post-revolution years (1920-1930). With her unmatched talent she was able to immortalize simple instances of daily life of the Mexican people from the countryside and the cities. She is also known for her exceptional photographs of Frida Kahlo, Diego Rivera, and other famous figures. For the first time in Paris, La Maison de l’Amérique Latine (the Latin American Cultural Institute) displays some of her fascinating yet mostly unknown pieces in a very well set exhibition. 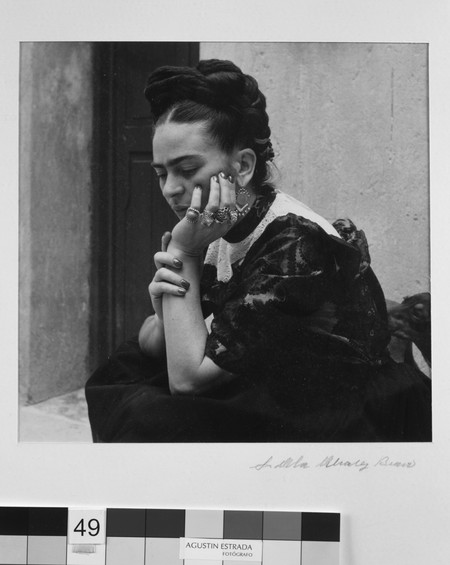 Frida Kahlo, s.d |photographies de Lola Àlvarez Bravo, collection Fondation Televisa, Mexico © Center for Creative Photography (CCP), University of Arizona, Tucson.
‘I have no greater artistic pretensions, but if something in my photography turns out to be useful, it will be that it is a chronic of my country, of my time, of my people, of the way in which Mexico has changed, in my photographs there are things about Mexico that you won’t see anymore.’ (1961)

Dolores Martinez was born in Jalisco, Mexico in 1903. She moved to Mexico City with her father after her parents’ divorce, where she lived in the same building as Manuel Álvarez Bravo, one of the first Mexican artistic photographers who portrayed the Mexico of a post-revolutionary era. 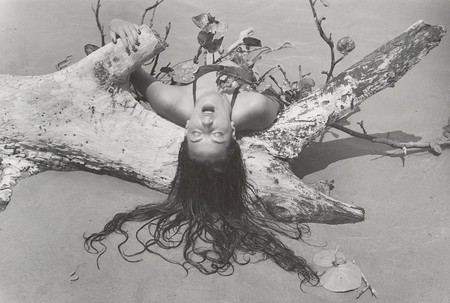 In 1925, she married Manuel Álvarez Bravo and took his name, becoming Lola Álvarez Bravo. He taught her the art and technique of taking pictures, developing film, and making prints in a darkroom, and soon she became passionate about photography as well. Working together for some years, they played a major role in the artistic circle of that period; however, Lola’s work was usually overshadowed by her husband’s. They eventually got divorced in 1934, but she kept her married name throughout the rest of her professional career.

Álvarez Bravo worked as a photojournalist, professional portraitist, commercial photographer, political artist, and teacher. Being devoted to her work and true to herself, she often saw her professional success as a personal achievement, due to the deep introspective work being done while taking every picture. She did photography for a living and excelled at it, in a time when women did not enjoy the same freedoms as men did in both the professional and personal arenas. 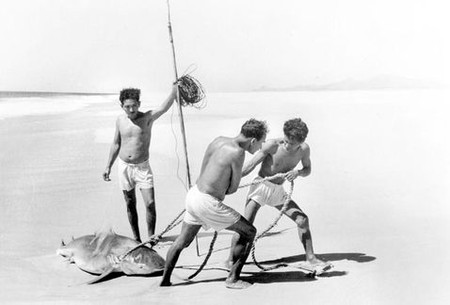 Her talent laid behind her careful search for the perfect shot that would portray the simple yet fascinating reality of people and their daily activities – a national realism never seen before. Mexico’s streets, beaches, architecture, and countryside became Bravo’s own workroom. Instead of staging and posing, she effectively expressed and immortalized Mexican life: the spirit, political struggles, poverty, corruption, and religiosity; interacting greatly with the photographed with tremendous respect and appreciation brought out the beauty of the ordinary through her camera lens. People in her pictures are seen walking, resting, working, enjoying the sun or riding a bus; in rural and urban areas, she portrayed the social preoccupations of her time. ‘I aim to work in such a way that won’t be hurtful, but also that it will point out the reality of things.’

Even though she used her photography to document, it also acted as a testimony to dignify her people and her country. Simplicity, respect, admiration, day-to-day and drama are some of the characteristics present in her photography that became poetic; influenced by Manuel Álvarez Bravo’s passion. In experimenting with other techniques, she did photomontage and mural photography as cutting-edge techniques that show her interest in surrealism. Her eagerness to express the world as she experienced it, is best revealed in the way she played with lights and shadows; the subtle yet fundamental focus on details and the juxtaposition of images in some of her pieces; often reached the abstract. 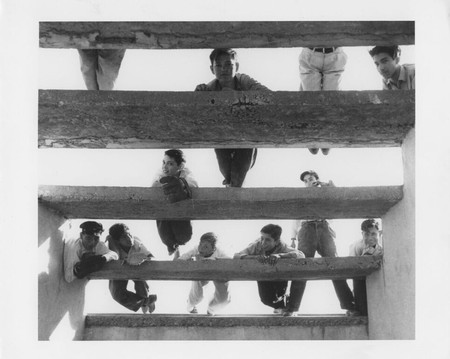 She was a close friend of Frida Kahlo and her principal portraitist, creating the Frida and Her World photography collection, exhibited at the Gallery of Contemporary Art that she founded in Mexico City. Kahlo’s photographs have a voice of their own; Álvarez Bravo was able to transmit Kahlo’s emotional and physical pain after her many surgeries in the many shots taken at Casa Azúl (Kahlo’s house in Mexico City). They worked side by side throughout their artistic careers, giving women a voice of independence and professional power in a machista society.

The exhibition displays a great selection of her photographs acknowledging the great variety of her work and techniques used. Each photograph is accompanied by a small text, either one of her quotes or an explanation of the picture and the overall situation during the time period. ‘Telemann once said something interesting. He said that every musician must be whistling something at all times. Well, I say that every photographer must be living at all times.’