How To Spend 7 Incredible Days in Paris 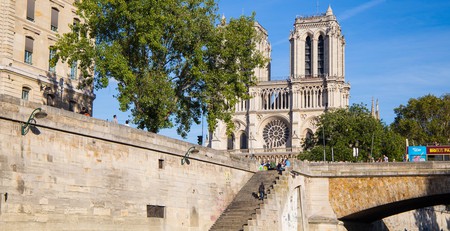 With its exquisite gastronomy, glorious architecture and endless art exhibitions, there’s so much to see and do in Paris that it can be difficult to know where to start. In the following list, you’ll find the major landmarks, events and activities you won’t want to miss in the French capital.

As Paris is home to the Eiffel Tower, the Arc de Triomphe, the Louvre and the Champs-Élysées, to name a few, there are bound to be certain landmarks you’ll be dying to tick off your list. Thankfully, we’ve prepared a seven-day itinerary packed with a wealth of cultural highlights and world-class museums. 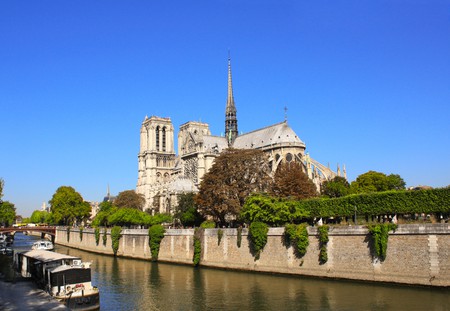 With some major museums closed on Mondays, it’s a great excuse to visit other, lesser-explored areas of the city. Beat the afternoon crowds by making a quick morning jaunt to the Eiffel Tower, before heading to the Île de la Cité in the 4th arrondissement. Start by taking the RER B train to the ‘Saint-Michel/Notre-Dame’, and you’ll find yourself gazing up at the iconic Notre-Dame, a breathtaking example of French Gothic architecture.

After enjoying the scene of terrific gargoyles and soaring panoramic views, visitors are advised to visit the fascinating archaeological crypt tucked beneath the forecourt of the Notre-Dame de Paris. The crypt teaches visitors about the urban and architectural development of the Île de la Cité in its full glory.

Once you’ve finished soaking up the history of these sacred places, enjoy a moment of tranquillity away from the crowds in the most famous bookstore in Paris – Shakespeare and Company. This incredible English-language bookstore is located just across the road from the Notre-Dame and has been welcoming ‘tumbleweeds’ (bohemian poets and writers) for decades.

Don’t forget to ask for your book to be stamped at checkout. There’s also a piano, typewriters and even a well-versed cat to keep you busy until it’s time to enjoy an authentically French evening meal in one of the amazing restaurants nearby.

Tuesday: Get lost down the dreamy cobbled streets of Montmartre 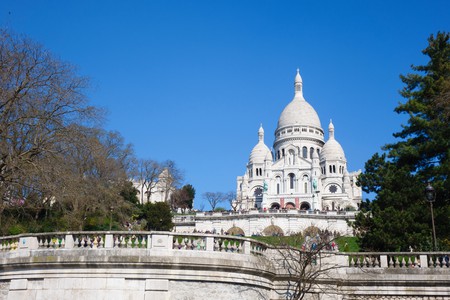 The picturesque neighbourhood of Montmartre, with its charming Place du Tertre and its colourful stalls, is perfect for art lover’s seeking to buy an arty souvenir. Start your day at the stunning Sacré-Cœur, perched at the top of a hill with 222 steps – with a funicular that can whisk you to the top – promising unrivalled views across the city.

If you’re a fan of Amélie (2001), the French romantic-comedy film that made the world fall in love with Paris (again), then you simply have to visit Montmartre. You can follow in Amélie’s footsteps by visiting each of the iconic filming locations, including the quaint little cafés.

If the weather is too miserable to be outside, then tour some of the neighbourhood’s other places instead. The Musée de la Vie Romantique and Espace Dalí are particularly popular if you’d like to puzzle over an extensive collection of surrealist Dalí’s works. You can end the evening in style at the Moulin Rouge’s vibrant cabaret house.

Wednesday: Immerse yourself in the city’s artistic experiences 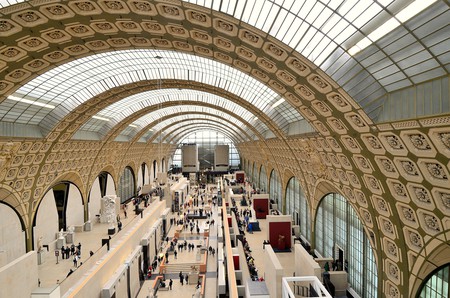 It’s very unlikely that you would want to visit the French capital without immersing yourself in some of the globe’s most famous artworks. With that in mind, start your day first thing in the morning with an early arrival to the world’s largest art museum, the Louvre, in order to give yourself plenty of time to marvel at its most precious relics. (The Louvre is closed on Tuesdays but is open 9.00am-9.45pm every Wednesday.)

Work your way back up gently towards the present day by visiting the Impressionist treasures at the Musée d’Orsay next. While the Louvre is the world’s largest art museum, the Musée d’Orsay was recently named the best museum in the world. It’s famous for its stunning collection of art and striking Beaux-Arts architecture.

Finish the day with mind-blowing contemporary masterpieces at the Centre Pompidou. Showcasing over 100,000 works across its pop-up exhibitions and permanent collections, the centre’s radical and revolutionary pieces are bound to ignite the imagination. By the end of the day, you should have traced the fascinating trajectory of art history in one of the most creative cities in the world.

Thursday: Soak up the splendour of the Sun King’s palace 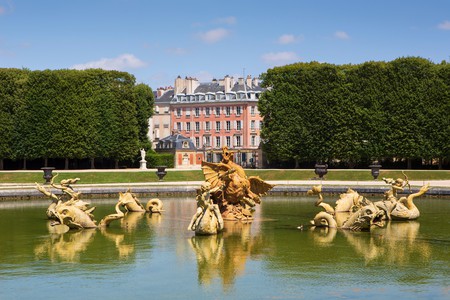 After you’ve ticked off the most iconic landmarks in Paris, take the train to visit the Palace of Versailles (Château de Versailles), located 16 kilometres (10 miles) southwest of the French capital. You should devote an entire day to visiting the Palace of Versailles because the grounds are expansive. As well as the palace, you can stroll around the immaculately sculpted gardens, landscaped in the classic French-garden style, that span across some 800 hectares of land. 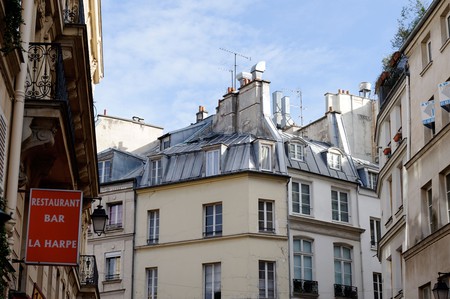 The Latin Quarter is Paris’s oldest neighbourhood, clustered around the left bank of the River Seine. Deriving its name from the Latin that was commonly spoken around the Sorbonne University during the Middle Ages, the neighbourhood boasts historic charm and culture in abundance.

Paris’s Panthéon is the district’s most famous landmark. It dates back to 1744 when King Louis XV vowed to replace the ruined church of the Abbey of St Genevieve if he recovered from his illness, which miraculously, he did.

The historical legacy of the Latin Quarter becomes even more impressive when you visit Les Arènes de Lutèce, an ancient Roman arena. Built in the 1st century, this amphitheatre used to host epic gladiatorial combats before 15,000 eager spectators. It is one of the largest of its kind ever constructed by the Romans, so it is well worth a visit.

After all the historical immersion of the Latin Quarter, you can finish by flaneuring à la française by wandering through the Jardin des Plantes, whose botanical wonders promise an unexpected haven of peace in the centre of Paris. If you feel like a café stop along the way, then you can marvel at the mosaics over an impressive selection of teas in Paris’s beautiful Grand Mosque nearby. 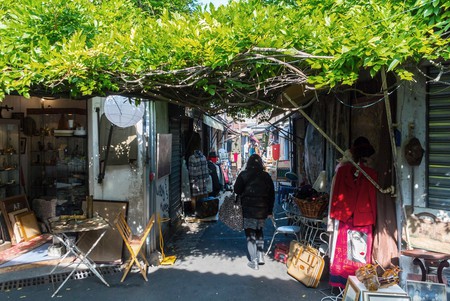 Once again, it’s advised you wake up early in order to discover an authentic Parisian-style flea market. It’s a perfect chance to immerse yourself in French culture like a local and enjoy the novelty of one of its longest-standing traditions.

The most famous flea market in Paris is the one at Porte de Clignancourt, officially called Marché aux Puces de Saint-Ouen. However, there are other lesser-known markets such as the Marché aux Puces de Vanves, with over 380 exhibitors. Whichever market you choose, make sure you arrive early before all the good stuff is gone. They take place every Saturday and Sunday of the year (even during public holidays, rain or shine).

Sunday: Discover the secrets of the famous Champs-Élysées 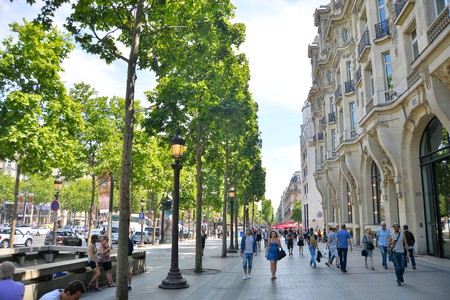 The Champs-Élysées is the real lifeblood of Paris. The boulevard has become world-famous for its elegant boutique shops – Gucci, Dior, Chanel – and even if you don’t plan on buying anything, it’s still fun to look around these places.

At one end of the Champs-Élysées, you’ll find the Arc de Triomphe on Place de l’Étoile. One of the most famous monuments in Paris, the Arc has become a national symbol. Commissioned by Napoleon in 1806 to celebrate his victory at Austerlitz, the Arc de Triomphe is the second-biggest arch in the world.

Walking from one end of the Champs-Élysées to the other, you can visit Place de la Concorde and stare up in wonder at Paris’s oldest monument, the Luxor Obelisk. This 3,300-year-old Egyptian monument is an epic architectural masterpiece and quite an unsolved enigma.

If you didn’t visit the Moulin Rouge in Montmartre earlier in the week, you could spice up your evening with LIDO’s Paris Merveilles on the Champs-Élysées, one of the best-kept secrets of the Parisian cabaret scene. At this prestigious venue, you’ll be treated to some of the most outstanding performances in the city, with sparkling outfits, trained swans and sword-swallowers to keep you entertained.