A Local's Guide to How To Spend 24 Hours in Belleville, Paris 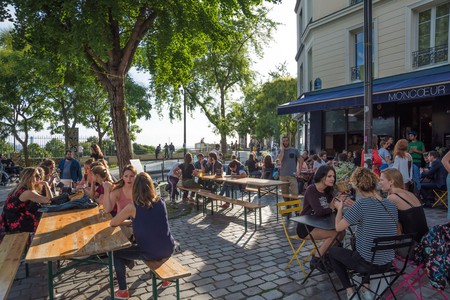 Paris is not all sprawling, manicured gardens, Haussmanian buildings and grand boulevards. For an authentic glimpse of life in Paris, spend 24 hours in Belleville, a part of the city where creative energy, a multicultural population and working-class inhabitants combine to create a bustling, cosmopolitan community. 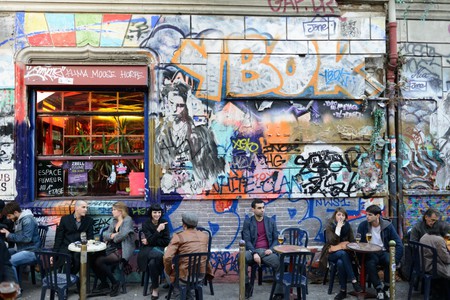 Paris is not all sprawling, manicured gardens | © Frédéric Soltan/Corbis via Getty Images

Set in the eastern part of Paris, Belleville straddles four arrondissements: the 19th, 20th, 10th and 11th. It’s where legendary French singer Edith Piaf lived and called home, and along with the city’s second-biggest Chinatown, Belleville is also known for its impressive street art and for offering sweeping views of the city below.

“Paris is a very touristy city, that’s part of the character of the city,” says David Flynn, an American resident and the man behind popular coffee roaster Brûlerie de Belleville in Paris. “But Belleville is a neighbourhood where people are going about their business. It has a different feel. It’s a neighbourhood with a lot of surprises.”

Delphine Epron, president of the local Belleville artists’ workshop Ateliers d’artistes de Belleville that represents 250 Paris artists, also describes the neighbourhood as a well of creative energy, and one “with a real sense of community.”

With a little help from locals Flynn and Epron, here’s an itinerary of where to eat, drink, and things to do over 24 hours in Belleville. 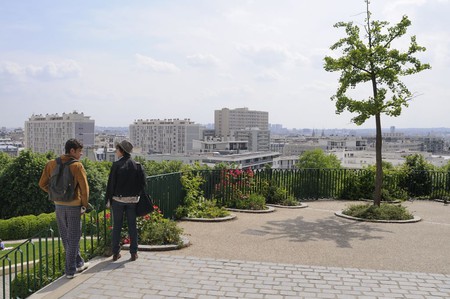 The Parc de Belleville is a good place to start, offering views of the city | © JARRY/TRIPELON/Gamma-Rapho via Getty Images

Start the day with coffee and street art

Start the day off right by heading straight to Flynn’s popular coffee shop Le 50, where coffees are brewed from beans roasted at his Brûlerie de Belleville nearby. Grab a seat inside the small, intimate café, where like-minded coffee lovers come to seek out their morning caffeine fix in a trendy, handsome space of teal and dark wood. Have a leisurely breakfast – soft-boiled egg, perhaps, or a homemade pastry – and an espresso, and contemplate the day folding out before you.

After breakfast, head east to Place Fréhel, just a short walk from the café at the corner of rue de Belleville and rue Julien Lacroix. Here, you’ll find some of the best French street art in Paris, and the inscription “Il faut se méfier des mots” (“Beware of words”) by French street artist Ben Vautier, which has become a signpost (albeit a huge one) of the neighbourhood for decades. On the opposite wall is a fresco of a detective by painter Jean Le Gac. 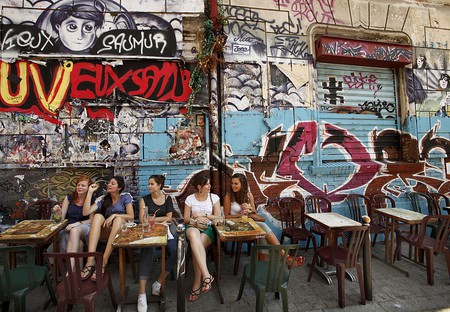 Belleville is famous for its street art | © Patrick Aventurier/Getty Images

If you’re in Belleville on a Tuesday or Friday, Epron recommends visiting the outdoor farmer’s market, Marché de Belleville, which runs along Boulevard de Belleville and is open 7am to 2.30pm. Those on a budget could take inspiration from Epron, who often buys an avocado at the market to complement a brik (a savoury Tunisian pastry) or the Turkish version, borek, found at one of the many Turkish and North African eateries in the area (try Le Mezzé du Chef and Le Miyanis).

But if your visit doesn’t coincide with a day the market is open, Flynn recommends continuing eastward towards rue Jourdain for a little window shopping and exploring the side streets. “The church around Jourdain (Saint-Jean-Baptiste church) is also worth taking a look at,” he says. 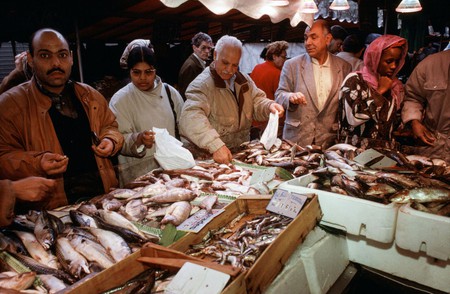 Walk off your lunch with a stroll through Parc de Belleville, an elevated green space that sits high on a hill overlooking the city. “It has one of the best views of Paris, easily as good as the Sacré-Coeur and much less crowded,” says Flynn. 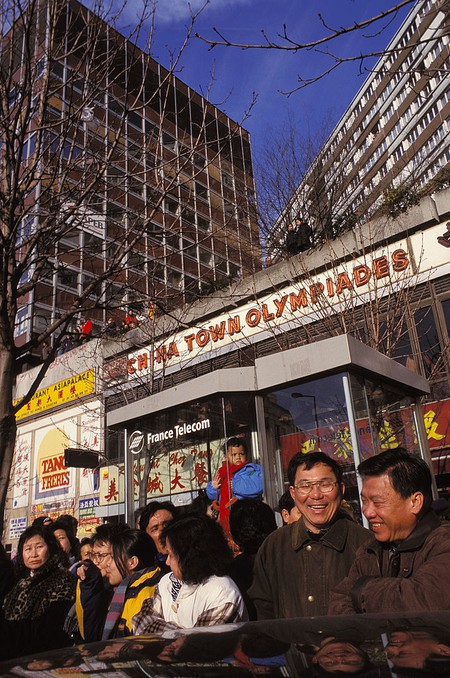 Sample the best of the arrondissement’s music, art and culture

From Parc de Belleville, head southwest to the Ateliers d’artistes de Belleville (Belleville artists’ workshops), which are free to enter and showcase rotating exhibits by local artists, some of whom work on-site. The gallery is open Thursday to Sunday from 2pm to 8pm.

In tribute to Belleville’s songbird Edith Piaf, who was famous for her renditions of ‘La Vie en Rose’ and ‘Milord’, the singer’s private apartment has now been turned into a museum, where visitors can learn more about France’s national chanteuse (singer).

About a 10-minute walk north of the Musée Edith Piaf, you’ll reach rue Dénoyez, a colourful alley that is famous for its long wall of tagged street art. 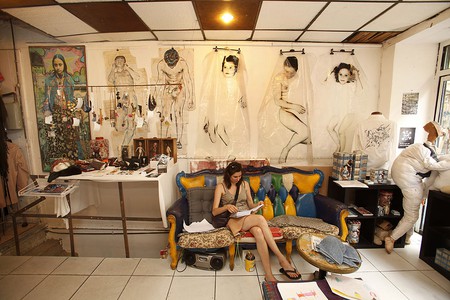 Start the evening with an apéro

After all that walking, you’ll likely want to stop somewhere for a pre-dinner drink, or apéro. For that, grab a seat at Aux Folies, a local institution in Belleville, and just around the corner from rue Dénoyez, or head to trendier bars like Le Combat, Mino or La Commune, where cocktails are served by serious mixologists.

Flynn is a particular fan of Le Combat, which is helmed by a trio of female mixologists who cut their teeth at the Experimental Cocktail Club before opening their own bar. “Le Combat does great cocktails,” he says. “It really fits in with the neighbourhood and is a good place for catching the after-work crowd.” 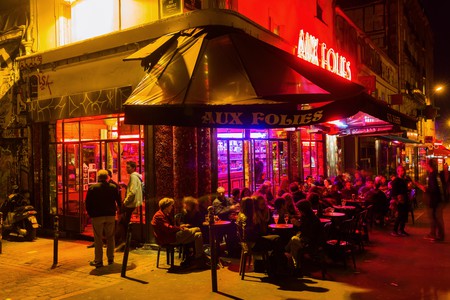 Once you’ve whet your appetite, try either Mensae or Le Grand Bain, both buzzy, neo-bistro restaurants helmed by some of Paris’s most exciting young chefs. Named the best bistro of the 19th arrondissement by a leading French restaurant guide in 2018, Mensae is helmed by two former competitors of the French version of Top Chef. Prices are kept accessible at €36 (£32) for a three-course meal that may include dishes like calamari with barbecue chorizo; pork loin with chanterelle mushrooms and black garlic; and lemon tart with sage ice cream.

For sharing plates, head to Le Grand Bain, on rue Dénoyez, where you can tuck into aubergines, ricotta and honey; brown crab with salicornia on focaccia; and mussels with wild garlic, smoked butter and pickled celery.

After dinner, mingle with the locals at La Bellevilloise, a hybrid, multi-storey space that hosts everything from concerts, live debates, shows and conferences to exhibits and club nights. Events and listings change every week. Weather pending, you can also choose to finish the day with a nightcap drink on La Bellevilloise’s outdoor terrace.

This is an updated version of an article originally written by Paul McQueen.