How Parisians Are Commemorating The First Anniversary Of The November Attacks 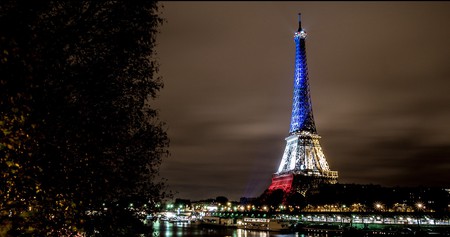 The terrorist attacks on November 13th, 2015 in Paris and Saint-Denis — at the Stade de France, bar and restaurant terraces in the 10th and 11th arrondissements, and the Bataclan concert hall — claimed the lives of 130 people and left many more with lasting physical and psychological injuries. The Paris town hall and victims groups have put together a solemn program of commemorative events to mark their first anniversary this Sunday.

A poetry reading at the Institut du Monde Arabe

From 7:00PM on Saturday until sunrise on Sunday morning, a Nuit de la Poésie will be taking place at the Institut du Monde Arabe. Access is free but limited to the amount of space in the venue. Christiane Taubira, the former Minister of Justice, will open the night with a selection of poetry and, over the following twelve hours, France’s leading poets will deliver readings, guests will be invited to participate in open mic sessions, musical acts will take to the stage, and there will be live art performances. Breakfast will be served at 7:00AM before sunrise at 7:57AM.

Memorial plaques unveiled near the sites of the attacks

On Sunday morning, President François Hollande and Mayor Anne Hidalgo will join the families of victims at six short, simple ceremonies close to the sites of the attacks, at which memorial plaques bearing the names of those killed will be unveiled. No speeches will be made but a wreath will be laid and a minute of silence observed. Throughout the city, public displays and lighting panels will be given over to transmitting information about the commemorations.

November is upon us. Pay your respects 🇫🇷

A rally at the town hall of the 11th arrondissement

Starting at 12:30PM, a rally will be held in front of the town hall of the 11th arrondissement, at the Place Léon-Blum, by the Life for Paris association. The ceremony will begin with words from representatives of victims groups and a moment’s silence in honor of the dead. Later, a balloon release is intended to symbolize the unity and the diversity of the victims. At approximately 1:30PM, there will be a memorial concert in the same square. Music will be provided by a pianist who attempted to save lives on the night of the attacks and a gospel choir. They will perform a song of hope. 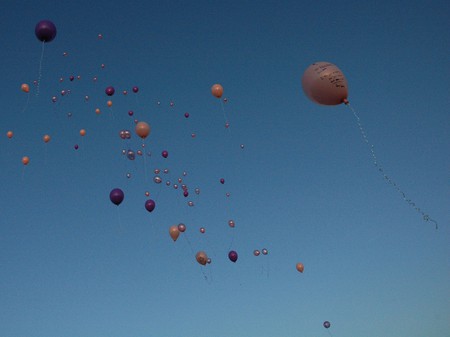 A round table on the theme of memory

At some point in the afternoon, the Life for Paris association will also be hosting a round table discussion on the theme of memory. The event’s location is being kept secret and attendance is limited to survivors and victims’ families, however it will be broadcast via social media. The debate will be contested by Françoise Rudetzki, the founder of SOS Attacks, Boris Cyrulnik, a psychiatrist and psychoanalyst, and historian Denis Peschanski. It will be followed at 5:00PM by a concert from the Orchestre des Gardiens de la Paix, who will interpret rock, jazz and French chanson classics.

A special performance of the play Djihad, followed by a debate

The Théâtre des Feux de la Rampe will present a performance of Djihad at 3:00PM on Sunday. Praised by critics, this tragi-comedic play was written and directed by Ismaïl Saidi, who was born in the Brussels suburb of Molenbeek, and will be performed by three Belgian actors. The play was actually written in 2014 and in response to Marine Le Pen’s comments on jihadism. A lively debate is planned for after the show and all proceeds will go towards the 13 Novembre : Fraternité et Vérité association.

After 5:15PM on Sunday, the Toujours Paris association will hold a lantern ceremony in the Canal Saint-Martin neighborhood. The exact location will be revealed on Saturday on the association’s website. The lanterns will float on the water and shine for several hours. After the ceremony, they will be collected and transformed into a sculpture by a local artist. A candle and lantern can be reserved for a minimum contribution of 3€ on KissKissBankBank and profits will be donated to the French Association of Victims of Terrorism (AFVT) and the 13 Novembre : Fraternité et Vérité association. 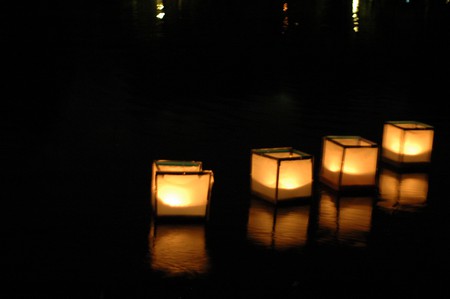 A memorial concert at the Bus Palladium

The Bus Palladium will welcome to the stage a band that lost one of its members on November 13th last year. The Chilean singer of the group Captain Americano, Luis, was killed at the Bataclan concert hall. The band will be joined by musical friends, and wish to remember their friend not with tears but with singing, dancing, and shouts of joy. For them, the evening will be dedicated to ‘music, rock’n’roll, and guacamole.’ The concert will begin at 5:30PM and continue into the night.

Various TV specials about the attacks

A number of television specials will be broadcast on Sunday evening. On France2, Infrarouge will examine life after the attacks and feature interviews with survivors. Bataclan, une vie de spectacles, presented by Philippe Manoeuvre and Stéphane Basset, will look at how the concert venue has become an almost mystical place. On Arte, a documentary will seek to understand the process of radicalization in French suburbs, while another documentary on France5, Vous n’aurez pas ma haine, will feature witness accounts collected by the author of the book of the same name, who lost his wife in the attacks.

All Parisians are encouraged to place a candle in their window on the evening of Sunday, November 13th. The city’s residents did this instinctively in January and November of 2015, and again in March and July this year after the attacks in Brussels and Nice. The hashtag #1fenêtre1bougie is the driving force behind the social media initiative which hopes to ‘Illuminate Paris.’

An exhibition of memorial objects

From Monday to Wednesday next week, a memorial exhibition will take place at the location of the previously mentioned round table. It will feature some of the 7,000 tributes collected by the Archives de Paris from the sites of the attacks and the Place de la République. A presentation of these items will also be made available online through the municipal website paris.fr. Following this exhibition, a working group will be held to ‘define the terms of realization of a memorial monument,’ the construction of which was confirmed at the end of October. Decisions about its form and location will be made by the town hall in conjunction with relevant associations and victims’ families. 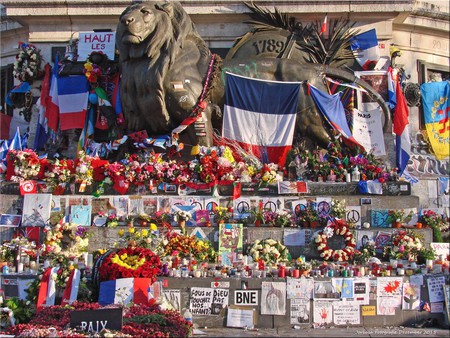