How the Modern Cafe Was Born in Seventeenth Century Paris 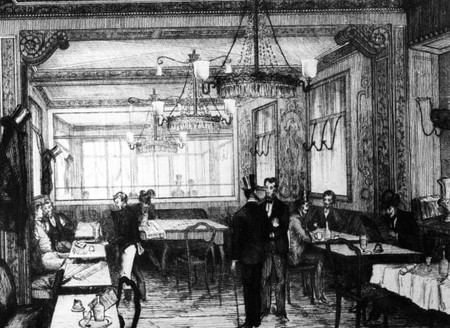 There’s nothing more Parisian than sitting on a cafe terrasse sipping wine, but a brief history of the Parisian cafe may well surprise you as the concept has changed significantly over the years.

The treasure of coffee was first introduced to Paris in 1644, though the first café didn’t open until 1672, nearly thirty years later.

It took another decade before the concept actually began to take off, gaining success only when Café Procope opened in 1689 on Rue des Fossés-Saint-Germain, near to the Comédie-Française.

In an era with neither television nor radio, and certainly no Twitter feeds, cafés were mainly treasured as important centres for exchanging news.

Of course, most of the time the ‘news’ was just gossip and rumours, which as it happened, were seen as being more reliable than the newspapers of the day. In any case, the attraction of visiting wasn’t even really about the coffee. 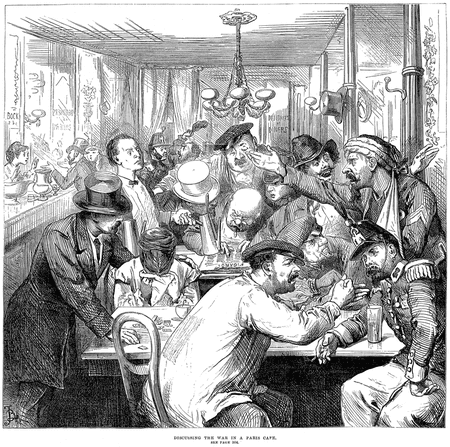 ‘Discussing the War in a Paris Café’, The Illustrated London News September 17, 1870 | © Wikicommons

It’s interesting to note that women rarely entered Parisian cafés, though women of the nobility often stopped their carriages outside, being served inside the carriage with cups on shiny silver platters. 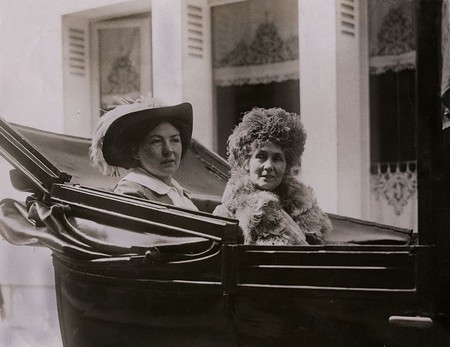 Women were served inside the carriage in Paris | © LSE library / Wikicommons

But of course during the turbulence of the French Revolution, Parisian cafés became the place to engage in furious political discussion, often led by members of the Revolutionary clubs. Again, this was mostly between men.

It was during the period of the Restoration that the café started to evolve into the more relaxed social institution it is famed for today, a place to meet friends and chat over a cup of coffee. 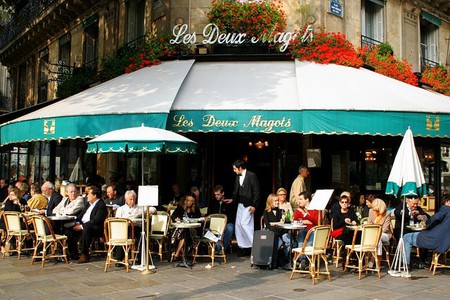 The modern day concept of the cafe continues to evolve. One of the most radical changes to the concept comes with the Anticafés popping up by the Louvre, Beaubourg, and République.

The revolutionary idea is that you pay only the time spent, everything else is included. It’s like an all you can drink with sweet and tasty snacks in a cosy atmosphere. Of course, nowadays you can surf on very high-speed WiFi and there are also board games too.