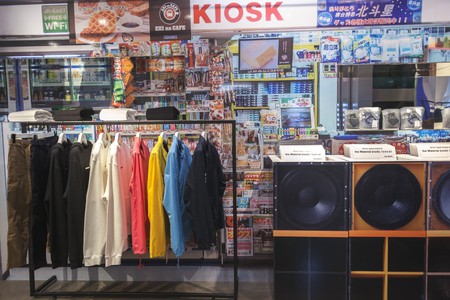 As the legendary French store Colette closes a seismic chapter in Parisian fashion, we look back at the legacy of an icon.

Pass Colette, Paris, at any time of day and you’ll likely find a queue outside and a swarm of achingly well dressed individuals within. Visitors to the store would be forgiven for thinking they’d stumbled into an immersive fashion event (which, in Culture Trip’s case turned out to sort of be true – a radiant Claudia Schiffer was prepping for her book signing when we dropped by) such are the outfits worn and energetic buzz inside the store.

For the past two decades, Colette has enjoyed coveted status as Paris’s coolest store, attracting major names from across the world who make pilgrimages to 213 rue Saint-Honoré to purchase pieces from new designers, limited edition collaborations, or a trendy magazine – just walking out of the shop with the bag is half the fun. When the owners announced they were shutting the store in December, their legions of fans were naturally dismayed. 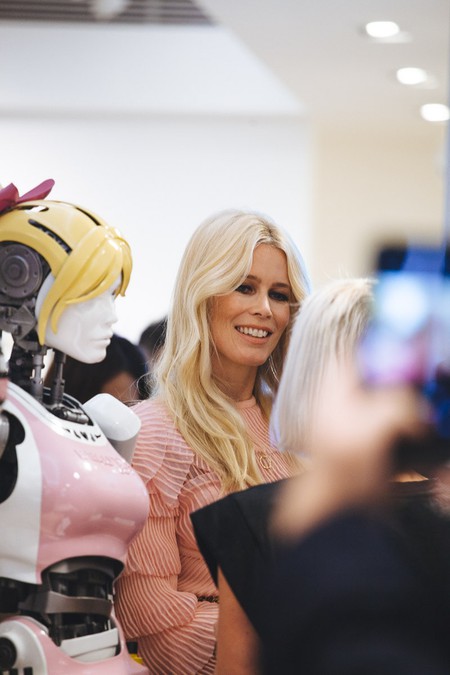 Founded in 1997 by Colette Roussaux and her daughter Sarah Lerfel, the shop has, from the very beginning, placed major emphasis on nurturing new talent and stocking designers that weren’t represented elsewhere in Paris. Like Joan Burstein of Browns, and Rei Kawakubo’s Dover Street Market, Colette has ensured that young talent breaks onto the mainstream stage, offering a counter-narrative to huge fashion conglomerates and department stores.

‘I knew from the start of my brand that I wanted to be stocked in Colette because it is unlike any other store,’ Carri Munden, creator of Cassette Playa, tells me. Munden collaborated with Colette back in 2008 on a Ken capsule collection; having won best menswear designer the year before, Cassette Playa’s bright graphic prints were a fitting complement to Ken’s pop tendencies, making a dreamy marriage to celebrate the doll’s 50th anniversary. And in spite of the uniqueness of the collaboration, Munden’s sentiment is one echoed by almost everyone in fashion. ‘Colette is a concept store that everyone has followed over the years,’ agrees Esteban Cortazar, the Colombian designer who took over the store this summer, over Whatsapp messages. 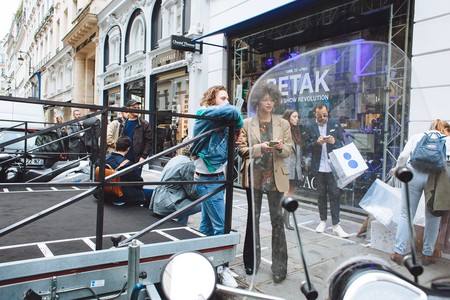 Colette was one of the first to give emerging designers a mainstream platform in Paris – one of the industry’s most competitive scenes. ‘It completely revolutionised it bringing high fashion and the underground together.’ Munden tells me, drawing not only on her own experience but also on the store’s track record for cultivating young talent in the early years. Colette is the store that has helped to launch the likes of Vetements, OFF/WHITE, Sacai, Jacquemus, Jourden, Rodarte – and many, many more. ‘One of my major memories is of walking into the store and thinking to myself “Oh my god imagine if one day my clothes can be here,”’ says Esteban of when he was starting out, ‘I always dreamed of having my collection in the store.’

Given the French fashion industry’s lack of initiatives to promote emerging talent (nothing like London fashion week’s NEWGEN platform exists in Paris), having a platform where new designers can directly captivate the imagination of international buyers is a powerful accolade. Not least helped by the weekly rotation of window displays that offer a genuine moment in the spotlight, it brings fresh audiences week on week. As Carrie elucidates on working with Colette: ‘I knew globally every other independent store or department store would be watching and influenced by Colette’s buying and creative decisions.’ Once a designer has the Colette ‘seal of approval’ it becomes far easier for young talent to get stocked elsewhere – a point emphasised by Rami Mekdachi, the Lola Harper James founder, who first launched with a small collection of candles in Colette, and now is expanding his brand to hotels.

Inside, streetwear brands, emerging talent and luxury brands sit next to each other, democratising luxury in a very visual and immediate way. However it’s not only this curated approach that has bridged the divide. In an industry that is often highly corporate and exclusive, Sarah and her Colette’s, personal, hands-on approach has also always offered a more authentic, compelling approach to nurturing new names, as well as spotlighting new regions that are traditionally overlooked.

‘Sarah is someone who is a pioneer of discovering something,’ says Esteban. ‘That all eyes are on Colombia right now is something she noticed right away, and her instinct was to focus on it.’ The designer worked with the store in July of this year, curating the best of Colombian fashion and design talent within the main space. It was a bright, fluid collaboration which saw the likes of Paula Mendoza, Mola Sasa, Casa Chiqui, and Mercedes Salazar; as well as a takeover of the store’s restaurant courtesy of Carlos Peñarredonda, coffee table books and printed tote bags made with his father, the artist Valentino Cortazar. ‘I think it’s the only Latin American project [Sarah’s] ever done in such full force to celebrate Latin American culture, and in that way I find it super exciting that it will go down in history,’ says Cortazar. The approach has ensured that both emerging names and destinations enjoy support – and are launched into a wider, more competitive platform on an equal footing. 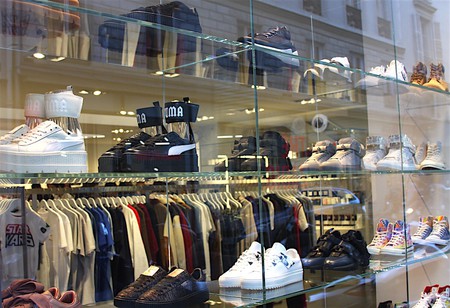 More recently, Colette partnered with K-Fashion Project to showcase five designers from South Korea on rue Saint Honoré. ‘It’s an honour, an honour to work with them,’ says founder of General Idea Bumsuk Choi, when we catch up with him ahead of the K-Fashion Project show at Palais Brongniart. When I ask whether the collaboration yielded good results, the designer’s answer surprises me: ‘It doesn’t really matter. I started from the bottom, and being in Colette is like a dream come true.’

As Kathleen Kye, founder of the cult Korean brand KYE, emphasises, ‘It was really great, firstly, because Colette is obviously really hard to get into.’ But, she explains, the excitement was in part because of the weight that Colette has beyond the fashion industry. ‘It was a lot of my random friends in Paris who took a picture of the window because it’s Colette, so that’s a fun experience. And it [the collection] actually did sell, which was also good!’

Initiatives such as Tranoï ensure that international talent is promoted during Paris Fashion Week, but having such a prominent place within a major tourist destination is arguably as powerful, if not more so, than a stall for each season – and communicates that your brand is already ‘in’. 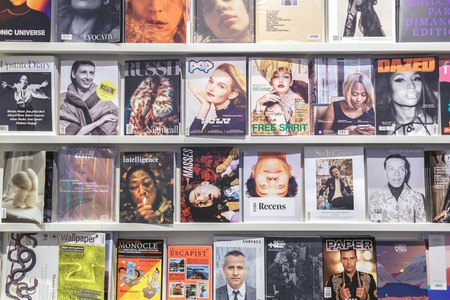 Paris without Colette – a lasting legacy

‘I would never visit Paris and not visit Colette and I would always be sure to see someone I knew or connect with someone inspiring and new when I did,’ Munden tells me, when I ask what she will most miss about the store. For the last two decades, the store has provided a heartland for the industry, managing to walk the precarious line between maintaining status as a destination to be seen at, and not over-commercialising itself. In part, this is to do with the events and collaborations that Colette has pioneered, where relationships with brands stretch far beyond stocking items to capsule edits, limited edition ‘novelty’ items (who can forget the limited edition Bic lighters), events and pop-ups. The result is an expanse and nuanced experience for designers and customers alike.

So what will Paris look like without it? ‘I don’t think there will be a replica of what Colette means for Paris,’ Esteban tells me, ‘as a reference, as a place where you go to get inspired, as a place where you discover new things. I think it will be very hard to have something that will give us that, but it’s up to the next generation to do something really exciting’.

While the original may have spawned a multitude of offspring in Paris – the likes of Merci, Le66 and Marché Noir – none rival the original for innovation. ‘What I’ll really miss about Colette is authenticity. It’s about the dynamic between the pieces that are chosen, the worldliness of the selection and the way the pieces interact with each other,’ surmises Cortazar, identifying aesthetic tendencies that are reflected in his own designs.

Predictably, it was the mother-daughter duo who put it best when they announced the store’s closure in July this year. Cititing that Roussaux would like more time for herself, they said, ‘Colette cannot exist without Colette.’ And after 20 years, there will be many who feel the texture of French fashion won’t exist in the same vein either.