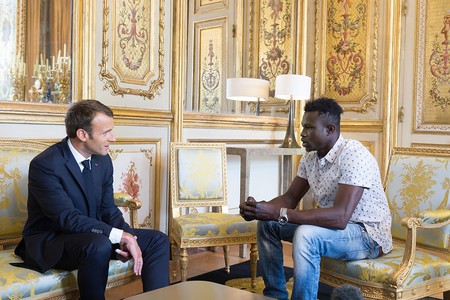 Mamoudou Gassama has gone from being an undocumented Malian immigrant to a national hero overnight after saving a toddler dangling from the fourth floor of a Parisian apartment. It took less than a minute of bravery for this man to save a life and change the course of his own forever, in what is without a doubt the most heart-warming story of the year.

Before 8 pm on Saturday, May 26th, 2018, Mamoudou Gassama was a 22-year-old undocumented Malian immigrant. But now, in the wake of his breathtaking Spider-Man rescue of a four-year-old seen dangling from a balcony in Paris‘ 18th arrondissement, he’s being honoured as a national hero – and offered French citizenship.

According to BFM TV, the boy had tumbled from the balcony of his father’s sixth floor flat to the floor below, somehow managing to cling on until Mr. Gassama came to the rescue. The video footage of the heart-stopping series of events has captivated people across the globe.

With superhuman strength, Gassama heaves himself up from balcony to balcony with his bare hands, ascending four floors in less than one minute. This feat has earned him the title, ‘Spider-Man of Paris’. It’s chilling to think he was simply passing by chance.

Gassama first arrived in France from Mali in September 2017 and so, the value of life is something he’s learned to appreciate after the perilous journey he took through war-torn countries like Libya, followed by a treacherous boat crossing.

“I left Mali a long time ago, passing through Burkina Faso and Nigeria”, he told French news channel BFM TV. “It was very difficult. It was terrible on the boat”, he said. “There were many of us, a lot of people”.

Rights group SOS Racisme said that Gassama’s story is a “useful reminder to us that people without papers are human beings, with great bravery that many have shown in their perilous journey to Europe – bravery that they often continue to display here”.

Paris mayor Anne Hidalgo praised the young man on Twitter for this “act of bravery”, calling his heroic act “an example to all citizens”, as well as phoning him personally to “thank him warmly”. A phone call from the mayor might sound fancy enough, but it was only a taste of what was to come. 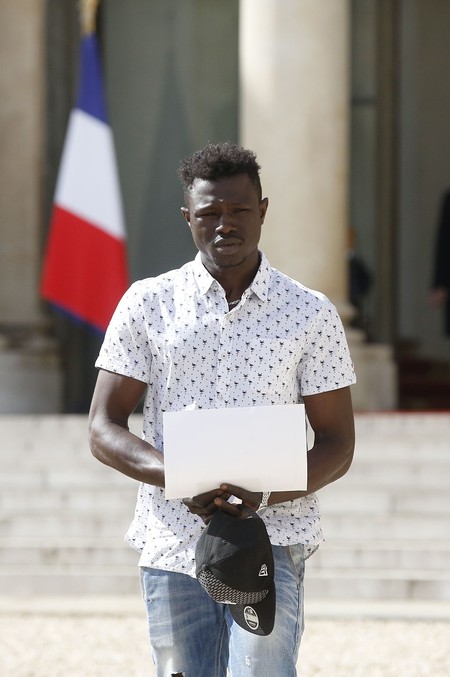 The president was bursting with praise, too, and quickly invited him to the prestigious, gold-dappled Élysée Palace to congratulate him in person. “Bravo. You saved a child. Without you, no one knows what would have become of him. You need courage and the capability to do that”, said Mr. Macron, clearly moved by this “exceptional act”.

Not only did Macron insist on setting all his papers straight, but he also offered to start the process of naturalisation so that Gassama can officially “become French”. As a further show of his gratitude, he even offered Mr. Gassama a “meaningful” job so that he can start this new chapter of his life properly.

“What you have done corresponds with what firemen do. If this fits your wishes, you could join the fire brigade so that you can do [such acts] on a daily basis”, Macron suggested.

Despite Mr. Gassama’s humility in the wake of this heroic feat, insisting it was just an instinctive response to seeing a child in danger, Macron rightfully refused to let it slide. “You have become an example because millions of people have seen you. It is only right that the nation be grateful”, he said.

“Even if you did not think about what you were doing it was an act of courage and strength that won the admiration of all”.

The child is safe and the hero can begin the life he’s always dreamed of here in France, so really, this incredible story couldn’t have finished with a happier ending.